The Story of an Air Force Air Crewman 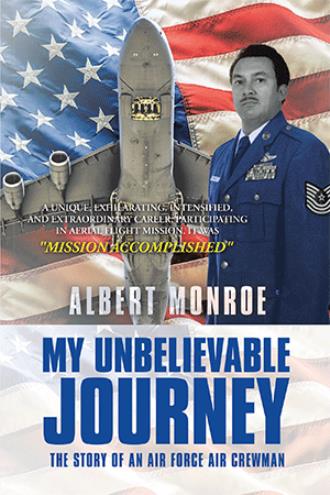 This book “My Unbelievable Journey” is a great read. It is from a flight Aircrewman’s perspective. It describes numerous unique and dangerous missions supporting our country, and our NATO allies. The flights takes you on a worldwide journey and shows what our crewman must endure and encounter in their daily lives, and the impact on their families being away from home for weeks. The story puts you there, on the ground, both in hostile and non-hostile environments, and several, in direct “harm’s way.” Various missions are covered, from humanitarian, such as Earthquake relief in Japan, and Turkey; joint military exercises, in Iran and Sardinia to taking Cruise Missiles to Europe. Several “Special missions” are spotlighted, like the ill-fated C-5 crash and the prelude to the “Baby-lift evacuation in Viet Nam, and the Syrian-Egyptian war support in Israel. An in Europe, at a U-2 site, a real-life Spy encounter is detailed, along with a massive Iranian evacuation, that led to hostages taken. The book goes on to describe, “Survival Training” flight crews must complete. The Author takes you through the escape and evasion tactics and how to survive a crash at sea. It is a great read, worth buying, and guaranteed to leave you with that feeling of: “Mission Accomplished”

Al Monroe’s book, “My Unbelievable Journey” is a great read. Al writes in a unique style, telling his audience about his military experience over a 22-year Air Force career. He describes all the unique, intensified, and dangerous flights and missions as a flight aircrewman on three different cargo airplanes, while stationed both state side and abroad. Traveling around the globe supporting our NATO allies, Al gained his unique hands-on experience by being there, on the front line in “Harm’s way.” This gave him a rare insight, that the average person would never experience. Al was born and raised in Oakland, California. Graduating from McClymond’s High, he joined the Air Force in 1963, during the Viet Nam war. As a C-5 Loadmaster, he accrued close to ten thousand flight hours over a long career. For his endeavors, Al was awarded the Meritorious Service Medal, Combat Readiness Medal, and the Air Medal with two Oak leaf clusters. Master Sergeant Monroe was presented a Letter of Commendation, by the European Commander, for planning C-130 aircraft load plans in a joint NATO exercise Al graduated college with his Undergraduate, and master’s degree. Retiring, from the Air Force, he worked for Lockheed-Martin, teaching Satellite Operations. After moving to Nevada, Al was a University Professor, and taught Political Science for twelve years. He is now fully retired and live with his wife in Las Vegas.