It’s a Beautiful Day to Save Lives

A Medic’s Journey to His Destiny 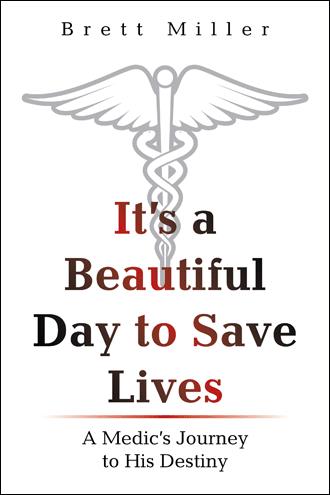 The week was terribly slow and it had been super hot and dry all week out in the field. The kind of days where you didn’t do anything and you still wanted to shower at the end of it. Showers rotated daily so we were afforded a field shower every third day. It was dusty and the air full of thickness and humidity. The good news was we had two days left of supporting this mission and we were excited to move on to something more exciting and more motivating back at our home unit. I was all push upped out and just getting myself situated in the back of the ambulance that afternoon going over inventory when Charlie arrived. Charlie was a young soldier approximately 20 years old who was brought to me in acute respiratory distress. The soldiers who brought her to the ambulance had no idea what was happening and they were afraid. They were part of an engineering unit so not much to report about how this may have happened. They said she just started having a hard time breathing. Apparently she waited 20 minutes before telling anyone and now the clock was ticking. She could barely get a breath in and she could barely speak. She had audible stridor which I knew from my medical training was related to an upper airway obstruction. I had my team pick her up into the ambulance and lay her down so I could go to work. At this point she was slipping into confusion and on her way to unconsciousness. I asked her if she had any past medical history.She was able to mumble in a few words which I assembled that she was allergic to grass pollen. Okay, how the hell does a person get past a thorough military physical without coming clean about that allergy! Didn’t matter now anyway, it was time to do a thorough brain review and treatment. Anaphylaxis occurs most often in young people and females. As respiratory arrest starts carbon dioxide is not removed properly from the bloodstream which causes a buildup of carbonic acid. Eventually, oxygen levels in the bloodstream will diminish. The lack of oxygen will lead to problems in the brain and heart. Without treatment, respiratory arrest always leads to cardiac arrest. Got it Miller? You were made for this. But wait...“There is to be no medical treatment whatsoever during this exercise under no circumstances. Do I make myself clear?” I could hear the CO and I was a soldier under his rank and command and my job was to not change orders but to follow them. This is the doctrine of the military. Follow the chain of command. Charlie was slipping into unconsciousness and was in full respiratory distress. Clearly she was going to have full respiratory arrest that would lead to cardiac arrest and she would die in the back of my ambulance. Well there’s a famous credo amongst the combat medics working in special operations that goes like this, “Not on my watch.” It was a beautiful day to save lives like everyday for me and Charlie was not dying on my watch no matter what the orders. I would withstand all the consequences that I deserved. I ordered my one medic in the driver’s seat and commanded him to get me to the nearest hospital double time. My other medic became my surgical tech as I asked for equipment of which we had none under the circumstances. I slammed an IV in as fast as my hands allowed and ran fluids as quickly as possible. Most cases of anaphylaxis cause very low blood pressures in people. The one thing I remembered I had in my own personal first aid kit which probably borrowed us some time was an epinephrine kit. I jammed that needle into Charlie’s thigh and emptied the syringe as quickly as her quad would accept the medicine. The poor medic with me sat there frozen as she watched me push breaths into Charlies airway. She stopped breathing. Due to the constriction of her throat and swelling of her tongue, I was met with a lot of resistance. I kept repositioning her head in the hopes to see her chest rise like those stupid dummies we practiced with. It wasn’t happening. I tried again, head tilt, chin lift, pinch the nose and blow. This time I felt some air go in and I was right…right into her stomach because immediately Charlie vomited back into my mouth. Fuck! They said this might happen. Drive on Miller! “Roll her to me she’s vomiting!” I shouted to the poor medic awe stricken with fear. I swiped her airway as we took a sharp left and I almost fell over in the ambulance. “Drive faster! We gotta go! I have nothing.” Charlie was still not breathing and we were losing time. Pulse check....nothing. Check again.....nothing. Charlie had followed the statistics. With no treatment a patient will experience cardiac arrest. There I was, on my watch with a twenty something year old dead in my ambulance. I wasn’t having it not only for my moral obligation as a medic but more importantly for this poor girl who had a family and the rest of her life to live. Fifteen compressions, two breaths, fifteen compressions, two breaths, fifteen compressions, two breaths. This was before CPR procedures had changed and before the age of AED devices. Man I was tired and I was only in my first round. Please come alive, please come alive. Nothing.

It’s A Beautiful Day To Save Lives is a powerful memoir of a combat medic’s journey through life as he recognizes his destiny from very early in his young childhood. This life-long journey proves to be very courageous and challenging in the face of adversity. From life-saving situations on a plane to life-saving situations in the military, the author inevitably is placed right where he needs to be as if it was planned by the universe until the roller coaster of emotions and life’s pressure puts his own life in jeopardy. This is the story of how one young boy driven by honor and duty for the sake of humanity saves many lives and consequently is forced to save his own life. From the ups and downs of suicide, alcoholism, and depression comes the transformation of passion into purpose, saving one life at a time with an ending that takes the author on a full carousel ride validating his universal destiny. It’s A Beautiful Day To Save Lives is a refreshing and inspirational reminder that we all have a gift and we should share it for a better community and a better planet.

Brett is passionate about adaptive fitness and inspiring the best in everyone he meets. The mission of his wellness design is to set a new standard for the world in the “fight back” against Parkinson’s Disease through holistic and fitness based approaches as well as breaking down barriers for adults and children limited by disease or disability by sharing his exceptional mental, spiritual, and physical training experience. Brett is a U.S. Army veteran and is proud to have served as a combat medic and trainer for special operations and oversaw the construction and development of the DEPMEDS for the United States Army. During his service, Brett became a licensed physical therapist. He has over 26 years of experience in all settings including sports therapy, acute and intensive care, long-term care, and wound care. Brett has worked in the fitness industry for 26 years with extensive experience in kickboxing, boxing, spinning, rowing, and strength and conditioning. He is the Founder and Owner of 110 Fitness, the largest wellness center in the world for people with Parkinson’s Disease. Brett has worked as the strength and conditioning coach for world-class boxers and Olympic athletes focusing on injury prevention and rehabilitation. Brett also volunteered as an adaptive sports coach at New England Disabled Sports at Loon Mountain in New Hampshire for 18 years. Additionally, he is the co-owner of Boston Orthotics, Inc. Brett is certified in Concept 2 Rowing, Pedaling for Parkinson’s, SCW Boxing, SCW Aquatics Exercise, Tai Ji Quan: Moving for Better Balance, CPR/AED, and is a licensed boxing second in Massachusetts. Brett also serves as an ambassador for the Michael J. Fox Foundation for Parkinson’s Research and the Davis Phinney Foundation. Brett is a research consultant for innovative research companies as well as prominent Boston hospitals and the Cleveland Clinic.