THE LIFE CYCLE OF OUR UNIVERSE 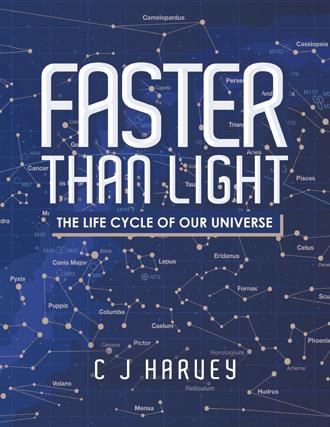 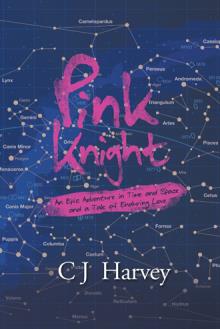 Author’s Note Science history shows many theories to have been presented and initially accepted but had later been found wanting or replaced by a more enlightening theory. The earth as the centre of the universe with the sun and other planets revolving around it was widely accepted during the second century A.D. Since then science has progressed in leaps and bounds until today we talk of parallel universes, super-strings and wormholes. We have the ten dimension theory of the universe which makes possible the merger between the geometry of Einstein’s theory and that of the quantum field theory. Enormously powerful theorems in mathematics now take on physical significance. Physics and mathematics are so intricately interwoven that mathematics leads us in directions we would not normally take if we followed up physical ideas by themselves. Calculus was born from a need by Newton to solve the equations for gravity. Physics, I believe, is ultimately based on a small set of physical principles. These principles, called first principles, can usually be expressed in plain English without reference to mathematics. From the Copernican theory to Newton’s laws of motion, and even Einstein’s relativity, the basic physical first principles require just a few sentences that are largely independent of any mathematics. And remarkably, only a handful of first principles are sufficient to summarise most of modern physics. Nevertheless, mathematical equation is still the best way to prove a point. Cosmologist and mathematician Stephen Hawking has written eloquently about the need to explain to the widest possible audience the physical picture underlying all of physics: “If we do discover a complete theory, it should in time be understandable by everyone, not just a few scientists. Then we shall all, philosophers, scientist and just ordinary people, be able to take part in the discussion of the question of why it is that we and the universe exist. If we find the answers to that, it would be the ultimate triumph of human reason; for then we would know the mind of God.” My Seven Circle Theory has a correlation with the creation account stated in the first chapter of Genesis in the Bible. The activity that we see in nature all around us was all progressively created in six cyclic periods out of this dark matter or energy medium. Today we live in that sixth cyclic phase. Here all physical matter i.e. protons/atoms are in a progressive decay status which gives us a duration measurement factor called ‘Time’. Time only commenced with the start of this sixth phase. The next phase is the seventh cycle phase and total atom decay will have been completed with physical matter non-existent. The seventh cycle phase will be one of total inactivity. The universe will be dormant and devoid of all matter; virtually a period of rest. Perhaps the ‘Ancients’ really knew how our universe was created, and that with the passing of time their records seem distorted. The overall seven cycles principle however, has perpetuated. Today, Big Bang theorists believe that a mysterious fluid existed at 10-12 seconds from Big Bang and that in the following moments as expansion occurred and temperatures dropped, a sudden phase change occurred in this mysterious fluid reminiscent of water freezing to ice. Suddenly (they believe) all the familiar particles, protons, electrons, neutrinos, photons, quarks, etc. came into existence! ‘Faster than Light’ is a science theory of invisible Dark Matter and has its relationship with the E in Einstein’s formula E = mC². As such throughout the text I have referred to Dark Matter as that subtle Energy-Medium from which all mass is created. It is a ‘Grand Unified Theory’ but without rigorous mathematical treatment. Birmingham 2020 C J Harvey