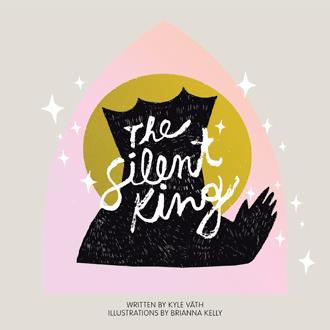 But there were other stories they would tell that described the King’s violence and anger that raged from time-to-time when villagers would misbehave. The king would send his men to the village to correct the children. And if the crime was bad enough, they said, the men would take the children from their parents, locking them in cages. These stories scared the young children and caused them to tremble at the thought of this unseen King. But to the three children, these stories troubled them. "How could a kind and loving King be so distant, so absent, and sometimes even, do such horrible things?" One day, the questions grew too loud in young Asher's head. "We've got to figure this out!" he said. Moriah nodded knowingly at her brother. "I just know this King is a good king - I just know it!" "Le's go to the castle!" Eden proclaimed. "We can figure this out for ourselves, once and for all!"

This book started as a bedtime story Kyle made-up and told to his three children. They loved the story so much they begged him to turn it into a book he could read to them, complete with illustrations. The story is based off the blessing attributed to Saint Teresa of Avilla, “Christ Has No Body But Yours”. The blessing draws us out of an internalized and personal religious experience to an outward manifestation of the teachings of Jesus.

Kyle Väth is an author from Cincinnati, Ohio. He lives with his spouse, Melissa and his three children-Asher, Eden, and Moriah (and their sweet dog Panda).