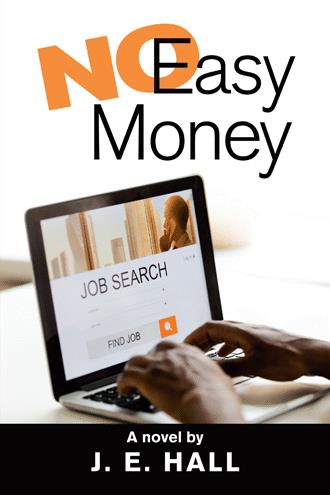 Rick had postponed his dash for freedom when the teacher entered the room. Now the students were approaching his refuge. Then Rick noticed a large blanket on the shelf next to him and used it to cover himself up. The children, distracted by the presence of the policeman, failed to notice the large lump on the closet floor. “Miss Simpson,” Principal Lionel King said as he walked into the classroom, his presence eliciting absolute silence from the students. “We seem to have had an incident here two days ago. I’m told that something very unusual occurred on one of these computers.” He looked at the children and asked “Do any of you remember seeing something strange on your computer’s screen?” The principal, and the bank vice president who was standing behind him, anxiously waited for one of the students to speak. Sara, however, knew her students well enough to detect a non-verbal response. The ones who had nothing to tell would immediately look around the room, trying to find a classmate that did. Any child that knew something about the incident would look down, hoping to avoid the principal’s scrutiny. Rex Thompson was the only one who did so. “Rex, didn’t you tell me that there was something funny on your computer screen the other day?” Sara asked him. The red haired, freckled faced boy had never made that statement, but by saying that Sara gave Rex an opportunity to voluntarily provide the principal with the information he desired. “Well, there was a lot of writing that I didn’t understand,” Rex said hesitantly. “And I didn’t see it on anyone else’s computer.” Gouveia, the bank vice president, walked over to his desk. The young boy felt intimidated by the bald stranger. “So this is the machine that contacted our bank,” he said. The closet door had been left slightly ajar by the students. Rick could see where Rex was sitting. Now he knew where the computer containing Binny’s program was. “Did you understand any of the words, son?” Gouveia asked in a kind, but firm tone. “I think Rex already answered that question,” Sara answered for him as she walked over to protect her student. “You might be expecting just a little bit much from him. We just started using the computers.” She gave Rex a reassuring pat on the back. “This is Mr. Gouveia,” the principal told her. “He’s with the Elmendorf Bank.” ` “It’s nice to meet you.” Sara shook his hand. “I have to interview an applicant for the custodian’s position,” King said to Gouveia. “I’ll see you when I’m through.” Sara followed the two men into the hall. “Principal King, could you ask the policemen to wait outside? It’s very distracting to have them in the room when I’m teaching a lesson.” “Do you have command of your students, Miss Simpson?” King asked in a stern tone. “Under normal circumstances, yes. But this has been a very unusual day.” “I suppose you’re right. Having to watch Officer Tommy Oslifer eating his doughnuts would be a sore trial for anyone, especially a child. Don’t use the computer that contacted the bank.” Sarah returned to the classroom and began her lesson. The students were instructed to start up the machines. The girl sitting next to Rex was asked to share the one she was using with him. This was not to the liking of either child. “Miss Simpson, Sissy won’t let me touch the keyboard,” Rex complained. “He just wiped his nose with his hand, Miss Simpson. It’s disgusting.” “Go wash your hands, Rex. And the next time use a tissue.” What a fun job that woman has, Rick said to himself. The light coming through the partially opened door shone on the blanket, or more precisely quilt, that had hidden him from the children. His means of escaping detection consisted of many small, square pieces of fabric with writing on each of them. Rick began to read the words. The Pacific Ocean is the deepest ocean in the world was written on one square. I didn’t know that, Rick thought to himself. After Rex returned from the boy’s room Sara instructed the children to key in the words Mount Everest on their computer. A picture of the forbidding peak appeared on their screens. “This is the tallest mountain in the world,” Sara told her class. “It’s so high that the people who climb Mount Everest have to take oxygen with them. There’s not enough of it at the top of the mountain for the explorers to breath.” The children stared at the picture in awe. “I’m never going there,” a boy named Rusty said adamantly. Smart kid Rick thought with a smile. Sara continued the lesson, which ended with her students finding Nepal on a map of the world. She then asked if there were any questions. “If I’m never going to that mountain with no air, why do I have to know where Nepal is?” Rusty asked after being called upon. “Can anyone answer his question?” Sara asked the rest of the class. “Because we are citizens of the world, and we should know about all the places in it.” Darlene Yeats volunteered. She must be the class brain, Rick observed. I always hated those kids. “Very good, Darlene. Today we learned that Mount Everest, or as some would call it the mountain with no air (she smiled at Rusty), is the tallest mountain on earth. We’ll put that fact on our learning quilt.” Rick suddenly felt like a trapped animal. There was nothing else in the small coat closet to hide him. His was to be the shortest criminal career in history. I wonder if they’ll put that on the quilt, too he thought. Rick took Bowmarc from his pocket, wistfully thinking that the stoic figure would defend him with his axe and sword. It’s up to you, pal. 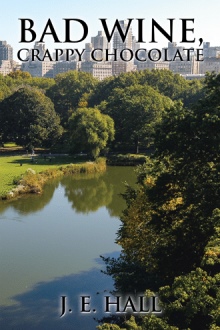 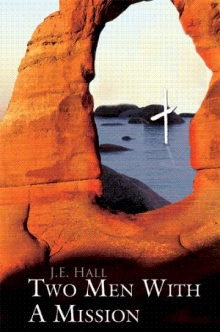 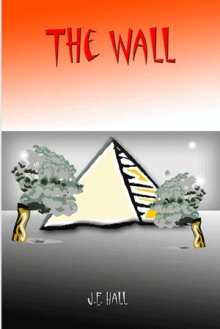 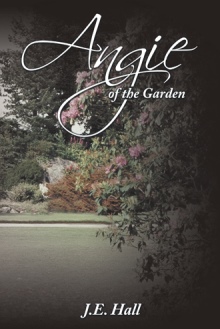 For Rick Gaines, a middle-age businessman who finds himself unemployed, the rules he’s always obeyed no longer apply. No Easy Money is a story that, in the opinion of one reader, resonates with such comedies as The Office, Modern Family and 30 Rock. Using elements found in such novels as The World According to Garp by John Irving, this novel uses its humorous, wacky and sometimes pathetic characters to illustrate the irony of everyday life both in and outside of the workplace, . Rick Gaines is the Human Resources Director for a retail electronics store. One of the people he hired, Binny Jenkins, is an impulsive computer wizard. He sends a prank email to the wife of one of the company’s executives and is dismissed. Rick losses his position as well, due to the politics of the situation. He cannot find another job. Binny offers to let him participate in his scheme to rob a bank using his considerable computer skills. At first Rick declines, but after several weeks of a job seekers frustration, he decides to join Binny. The computer they use to infiltrate the bank’s system belongs to an outside bank consultant. He donates it to Morgan Town Elementary School before the thieves can erase the incriminating evidence it contains. The computer is being used in the classroom of Sara Simpson, a dedicated young teacher prone to pratfalls. Through a series of unlikely events she comes under suspicion when the bank officials locate the machine. Rick is overcome by guilt, and attempts to exonerate her without giving up his ill-gotten gains.

J.E. Hall is a native of Long Island, New York. He is a graduate of the New York Institute of Technology. His interests in politics was instrumental in shaping his first novel The Wall. Hall’s concern for the environment influenced his second novel Two Men with a Mission. His third novel, Angie of the Garden, reflects his interest in history. Bad Wine, Crappy Chocolate was inspired by the government’s inability to address the issues of our time. His current work, No Easy Money, is a product of J. E. Hall’s humor and believe in the vulnerability of modern technology J.E. Hall enjoys traveling to the unspoiled places in this world. Still this author believes that a person’s most fascinating journeys are the ones taken with the mind alone. He is currently working on his sixth novel.