Scriptural Reflections on the Luton Roma 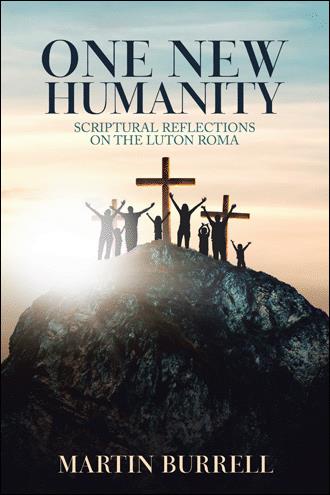 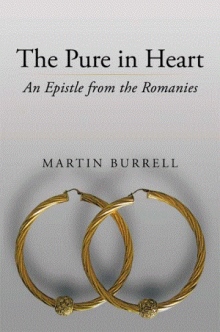 This is more than just an account of ministry to and with the Roma. Martin’s calling to work with the Roma community in Luton is a profound witness to God’s love for all his people and their well-being. This Gadjo dillo – this crazy Englishman - reveals glimpses of heaven in those who so often have been marginalised, oppressed and despised. This book is about a dream – the dream that Roma and Gadje of all colours, languages and backgrounds can, as one new humanity, come together as a foretaste of heaven. Rooted in his commitment to the Luton Roma community, Martin opens up to us the heights and depths of this most alienated people, and enables them to speak of God’s love and purposes for us all.”

“In One New Humanity, Martin embarks on a reflective journey that is both provoking and deeply insightful. His writing illustrates the benefits of working cross-culturally while engaging the Biblical witness. Years of friendship with the Roma broaden and deepen his Biblical understanding, thus allowing him to critique his own British culture. At the same time, he brings an outsider perspective to evaluate certain aspects of how the Roma are living out their Pentecostalism in his particular UK context. Within these two intersecting currents, he is able to envision a thoroughly Gospel-centered yet contextual picture of ‘One New Humanity in Christ’ —pointing to something beyond Roma rights policies and Gadje-Roma relations. In fact, this is a book for all Christians who want to reflect on their own cultural blind spots in light of the Biblical narrative.”

Martin Burrell was born in England in 1951 to an English father and a Swiss mother and was the second of six children. His first career as a professional clarinettist began with studies in London and Berlin and was followed by positions in Malmö, Sweden, and Glasgow, Scotland. Aged 40, he was called to ordination in the Church of England. Following studies at Trinity College, Bristol, he served his curacy at St Mary Bredin, Canterbury. In 1999 he was appointed vicar of Cranbrook, Kent. It was here that his ministry to the local Romani community began; the story is recorded in Martin’s first book, “The Pure in Heart, An Epistle to the Romanies” - 2009.

Following a call to serve as vicar of Christchurch, Bushmead, his ministry then widened to include the Romanian Roma community of Luton. In recognition of his work with GTR communities, the Diocese of St Alban’s appointed Martin in 2009 as their “Chaplain to the Gypsies, Travellers and Roma.” Following the planting of the first Roma church in Luton in 2011, the holistic ministry to a rapidly growing Roma community was consolidated in the creation of Luton Roma Trust in 2015.

Martin and his wife now live in retirement in Kent. Martin continues to play an active role in the CNGTR - Churches Network for Gypsies, Travellers and Roma - and as UK representative for RomaNetworks.