I Rise to Defend

HIS HOLINESS OLUMBA OLUMBA OBU IS THE CHRIST 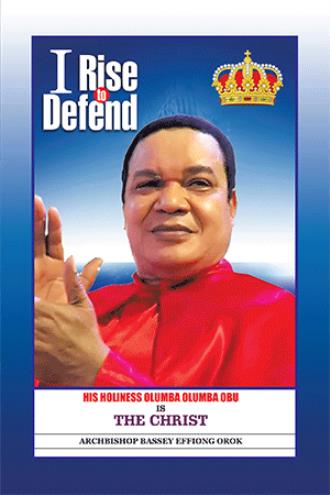 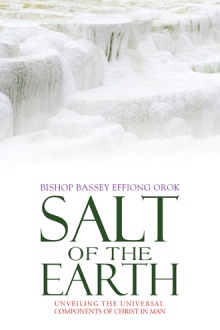 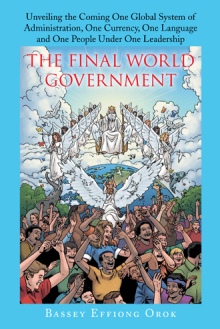 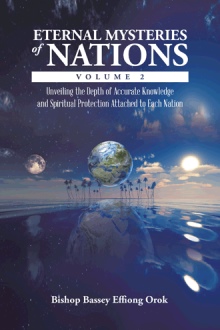 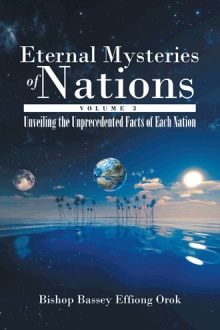 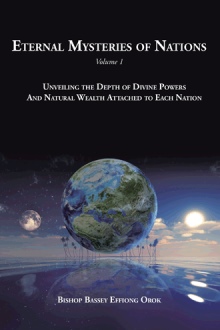 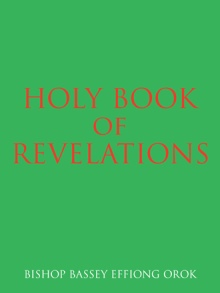 I Rise to Defend: HIS HOLINESS OLUMBA OLUMBA OBU is THE CHRIST

This unprecedented book is written by a renowned and reputable Prophet of THE ALMIGHTY GOD and seasoned Spiritual Scientist and Consultant on Issues Related to Nature and the Universe, His Grace Archbishop Bassey Effiong Orok, who has authored several first-time Books that attract global attention. This Book begins its journey with in-depth explanation about the existence of THE ALMIGHTY GOD and CREATOR of the Universe as the No-Beginning Being; to the origin of the Universe, with the creations of other worlds and their various contents and different roles, their various orientations, as well as their different climates. The reason the Earth was created is also given attention in this first-time Book. The Potential blessings of the Earth, its Compress Region, Primary, Secondary and Joint Positions of ALMIGHTY GOD, along with His Universal Symbol are among the contents of this All Important Book. The Heavenly and Earthly Arrangements, which affects every creations; and went ahead to unveil the First and Ever Physical Manifestation of THE ALMIGHTY GOD in human form in The Person of LEADER OLUMBA OLUMBA OBU, together with His Heavenly Kingdom on Earth. The Book explains the Secret Meaning, Origin of The word "CHRIST", His Seven Cardinal Meanings, His 34 Life Evidence, as well as His Universal Existence; on how CHRIST was first introduced in Heaven to the hosts of Heaven and its subsequence opposition by former Archangel Lucifer and their immediate extradition to the Earth. One of the most important and shocking unveilings in this Holy Book, but profitable to humankind, is the Authentic Date LORD JESUS was born and not the much cerebrated yearly 25 December. The Holy Book, which is packed with first-time unveiling mysteries on CHRIST, gives detailed information about His First, Second and Third (Final) Physical Manifestations in Human Form respectively as ADAM, LORD JESUS and now; HIS HOLINESS OLUMBA OLUMBA OBU of the Brotherhood of the Cross and Star. Beginning from His Heavenly Existence as THE WORD OF THE ALMIGHTY GOD to His Three Times Physical Manifestations; it explained broadly the events that took place before, during and after the fall, death and burial of ADAM. Also, during and after the death of LORD JESUS, as well as the key events that took place subsequently before, during and after His Ascension into Heaven. The different attempts made by Satan the Devil in all His manifestations to discredit and stop CHRIST from obtaining the glory that was kept for Him by Our FATHER GOD before the foundation of this world was laid, are not left out of these unveiling mysteries. Different warnings to the entire humanity as recorded herein show that unless we do away completely with all sinfulness and wicked ways of life, man was heading towards more dangerous and devastating hard times. What every human should expect in no distant time is unveiled, including in-depth information regarding the unavoidable 72 hours of global darkness is herein exposed, as it deepened in revealing how THE CHRIST will be seen in the sky across the Earth, which will be the nal signal to His pending Judgment over the entire creations, including humans and angels. More than 4,000 mysteries about CHRIST are unveiled in a comprehensive manner; and as such, this Book is not limited to any religion, nation, organization, government, group, tribe or tongue; as such, all should avail themselves the opportunity of having this Holy Book. Other Books written by the same Author includes: Holy Book of Revelations; Everlasting Arts and Sciences volumes 1 and 2; Salt of the Earth; Eternal Mysteries of Nations volumes 1,2 and 3; The Final World Government among others.

His Grace, Archbishop BASSEY EFFIONG OROK is a born Prophet of THE ALMIGHTY GOD, reputable and seasoned Spiritual Scientist and Consultant on issues related to Nature and the Universe at large. His services cut across all nations, organizations, governments, individuals, tribes and tongues, irrespective of belief, faith and religion. As directed by THE HOLY SPIRIT of ALMIGHTY GOD, he is accurate in all matters as concerns spiritual research, diagnosis, and solutions to every predicament. He has unimaginable Strong and Undisputed Power and Gift of THE HOLY SPIRIT. His irrevocable spiritual talent is unprecedented because it originates from THE ALMIGHTY GOD Himself. THE HOLY SPIRIT has used him in unveiling unprecedented secrets, facts and mysteries which cover all sectors of Life and humanity, including the Universe at large, by unveiling first-time facts and secrets concerning different parts of the world, souls, spirits, angels, destinies, etc. He has equally unveiled top hidden facts that if adhered to by humanity will bring total relief to all the problems affecting man and his generation; and advance him to a perpetual generation of absolute and uninterrupted peace, joy, oneness and stability. For this reason, he has authored several Holy Books of first-time exposed mysteries and unveiling, which cut across all nations, religions, governments, beliefs, colours, races and humanity in general. Some of his published books include Holy Book of Revelations; Everlasting Arts and Sciences volumes 1 and 2; Salt of the Earth; Eternal Mysteries of Nations volumes 1. 2 and 3; and The Final World Government among others. As a seasoned and renowned Spiritual Scientist, Archbishop BASSEY EFFIONG OROK has many mysteries to inform humanity in general. He has combed the world of mysteries and equally unveiled great facts that will not only be beneficial to humanity, but will put a lasting solution to present and pending problems. He has that talent of extraordinary Divine Prediction, which can never fail fulfilling. His accuracy, which has cut across the globe, has made him stands tall. It should be noted that his predictions covers all individuals, regions, governments, continents, nations, colour, beliefs and gender. Archbishop BASSEY EFFIONG OROK is such Prophet and Spiritual Scientist that the world and their leaders cannot ignore; hence, his spiritual services should be employed. He is generally known as “THE WORLD SEER”, but to others, he is called “The Prophet of our Time”, while some know him as “The Man with Undiluted Power of Prophesy”. The lists of his predictions cannot be overemphasized. He is open to invitation for Public Lecture, which concerns nature and the Universe, and serious matters that affects the Earth and humanity in general. His visit to some Heads of Governments on invitations seen him standing for reality by unveiling those things that concerns humanity and their various environments. Various spiritual diagnoses had been made concerning the various nations and portions of the world, which humanity need to acknowledge and make head way toward meeting his peaceful and uninterrupted comfort and oneness. The different organizations and governments of this world should therefore, consider seeking for the spiritual services of Archbishop BASSEY EFFIONG OROK, as he is well-vested with facts and realities that will help humanity and the world at large meet demands for lasting peace, economic stability and progress, oneness of all humanity and the cooperation of all nations and governments under one umbrella of Global Leadership. Do you want to know what is in the land, air and water space of your nation or territory? Do you want to know more about yourself, nation, religion, group and organization? What is your problem or aspirations in life? Contact: His Grace Archbishop BASSEY EFFIONG OROK +2348055542555 +2349083063444 basseyeffiongorok@gmail.com