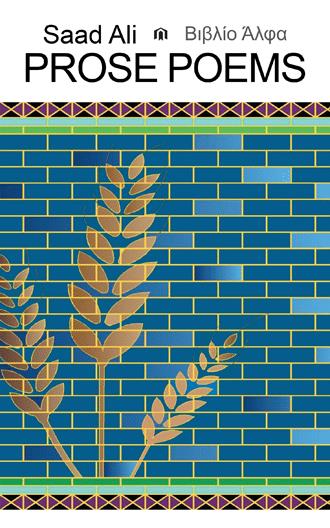 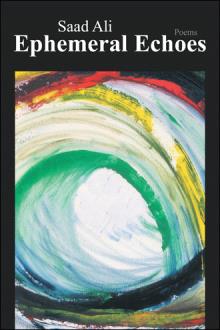 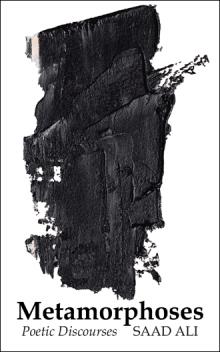 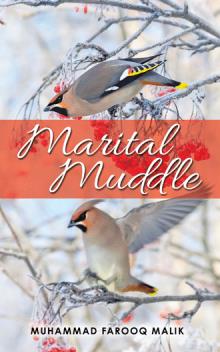 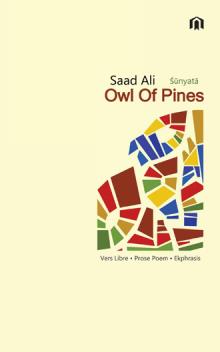 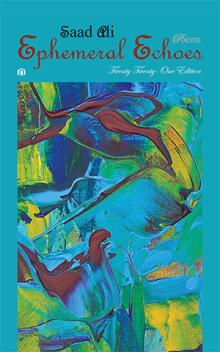 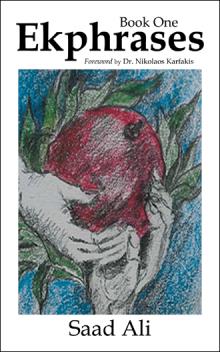 Βιβλίο Άλφα of Prose Poems is the fourth book of poetry by Saad Ali. It’s the first installment in his anthology of Prose Poems. The poems, on this occasion, are a homage to the most contentious form of the literary art i.e. prose poem. The ekphrases, on this occasion, are inspired by the paintings of a number of renowned classical, modern, postmodern and contemporary painters such as Michelangelo, Munch, Dali, Dix, Chagall, Luzajic, et cetera. The literary critics profess that what differentiates this form of poetry from verse, rhyme, et cetera is its trademark id est absence of line breaks. Of breaks—there are none here in Ali’s poetic discourses either. Of lines—there is a plethora of them here committed to capturing of all manner of events (from most simple to most complex) in human life. The book, inadvertently, is a tribute to Ali’s hallmark apparatuses i.e. contemplation and satire that take on existence and human condition in a rather direct and concrete fashion here; whereby, reflecting on the instances of fear, nostalgia, remorse, redemption, hate, affection, romance, courage et cetera—in both subjective and objective manner. Besides being a tribute to one of the profoundest human inventions i.e. language (and its subsequent facilitations such as literature, et cetera), this florilegium also is an invitation to all (human beings) for an individual and collective reflection on existence and human condition(s)—in both subjective and objective manner.

SAAD ALI (b. 1980 C.E. in Okara, Pakistan) is an existential philosopher–poet. He has been educated and brought up in Pakistan and the UK. He earned his BSc and MSc in Management from University of Leicester, UK. By profession, Ali is a consultant (marketing, communications and research), educator, and lecturer/trainer/mentor by profession. Ali possesses a broader world view, which is a result of his experiences gained from having lived in a variety of cultural settings such as Asia, Europe, Middle East and Australasia. The cogs of his existential machinery are oiled by the muses of arts. He was embraced by the muses (of poetry) in his infancy—at the raw age of 12. The main components of his poetic discourse include: contemplation and satire. Some of his influences include: Vayasa, Homer, Ovid, Saadi, Rumi, Ghalib, Nietzsche and Tagore—to name a few. Previously, he has authored three books of poetry i.e. Ephemeral Echoes (2018), Metamorphoses: Poetic Discourses (2019) and Ekphrases: Book One (2020). He is a regular contributor at The Ekphrastic Review—a premium journal for ekphrastic verse and prose. His current projects include: translating the poetry of Bulleh Shah (Sufi poet), Allama Muhammad Iqbal (philosopher poet) and Faiz Ahmad Faiz (philosopher poet) from the Punjabi, Urdu and Farsi (Persian) languages into the English language. He is fond of travelling by train and exploring cities/towns on foot. He is fond of learning different languages. In particular, he appreciates the Persian, Chinese and Greek cuisines. His favourite sport is putting his gray matter to test at chess. To know more about Ali and his work, please visit his website at https://www.saadalipoetry.com, or his Personal Blog on Facebook at https://www.facebook.com/owlofpines.