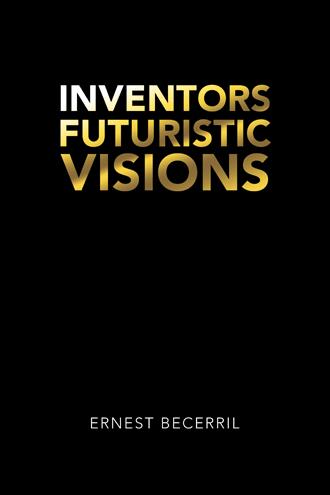 A young person became the inventor. Master's special abilities to change humankind with what he learned through time from education in life. The inventor's invention, the EGM or the Electric Generating Motor which makes free electricity power. He figures in the wrong government would cause war. This motor that makes electric power for the government supporting cities, destroys nuclear power for good. Also, would be used for electric vehicles, flying vehicles, under water cities uses. Now that transportation was took care of and life had changed better for the human race. A new government was formed. A Government to support the people, feed them, provide education, medical assistance, transportation – all for free. Everyone has a job – if not it is because you are sick or sick in the head. One becomes part of the medical patient plan. You get out when you are ready to function. Inventors also creates a new spaceship. Government now supports to improve the outerspace projects. Soon the worlds joins the new government. In time, space vehicles are improved and a Giant Space Station is built in space. At this time the world government is working on a new project, which was to clean up Earth’s pollution problem, with the use of the EGM – it was now possible. Planting new trees in Africa and South America. The forest and jungles were needed. Life was now better for everyone. It was time to go to Mars. Details on the new spacecraft, which was the saucer, made it possible. The conditions at first and later they faced the special equipment that was used to do these tasks on these missions. New metals and minerals were found and were used for Earth on making better living conditions. Gold, Silver, Super Quartz, Diamond and new minerals and metals also found. In time, this would be useful to the flying saucer operations. Soon, because of this operation. A better Saucer was built and it could life of from Earth and land and do the same on Mars. Soon, Mars will be well colonized and settled in time to explore further out and leave the asteroid belt alone. Jupiter, Saturn, and their moons were the target. Time went by and the rest of the Solar System was next. All the planets and the moons were colonized and the next steps was to visit the next Star System. For this task, it took a better starship saucer for the mission. It had better metals and more power that was super high. At the super speeds, it did the task and returned of the long distance mission. After some time of several missions and other location of Star Systems being colonized, one of the missions beyond further out, one of the Star Ship Saucers noticed a strange light show from a great distance. They went to investigate and found a battle of two alien forces that just ended and went another direction to finish the battle. The Starship rescued good and bad aliens. They called for backup on what they found and stole technology to improve human race. We helped the aliens build special crafts so they could return to their race. Humans also learned their new languages for future use, alien language. The friendly aliens were grateful and told the humans of a nearby planet with air on it. T was a monster planet loaded with giant monsters. The humans took over the planet in time. An alien force was not allowing humans to go past a certain point. They rather bullied the hums or else – something happened, human’s do not like being pushed around – they affected earth and did major damage. After some time that passed. The humans defeated their fleet and took over their system. It was a large sector of space and they discovered several Solar Systems of alien Cities they were now in charge of. They used the friendly technique to rule these races of aliens and all was good. A larger supreme force noticed the humans rule and the friendly technique. The humans were given a chance to become a large part of a galaxy senate was the force back up called the overlords which the supreme force used for help. Through time, the humans learned, evolved, and got the chance to prove their selves to the supreme force. They were recognized as useful and shown better technology for loses that happened in battle. The humans helped the galaxy senate to defend their ways the supreme force wanted and was reward with better technology to help them do their tasks. In the Galaxy and four different locations is where there was major trouble like another galaxy invasion would happen. Sometimes just a tough sector that never learned would cause trouble, where earth sector was it happened. Another galaxy attacked and Earth’s forces with help of the supreme force and other overlords nearby all helped to end the invaders. This was a mess.

This book was written to aim mankind in the right direction. With the EGM. The beginning and soon a better motor in the humankind hands. The future looks bright. Several warning signals directed to the mind of us to get us going in the right direction. Colonizing Planets and staying positive never to stop. I believe there will be an alien force out there and we have to be careful of what we say and do. Think before you speak. They use mind reading to communicate. Their science is so far above us that we have to be friendly at first until we learn more. In my lifetime, I would like to see Mars colonized with my version Spacecraft better that we have today. This is why I wrote the book. You need money and all the dummies have it.