Song in the Desert

My journey from Baghdad to Boston 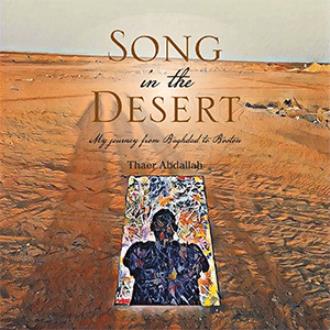 As the sun went down, the Turkish captain started the engine and we headed towards the Island of Mytilene (Lesbos). To go there legally in a straight line from the place we set off from would have taken half an hour. To get there illegally took three hours. When we were halfway there, the motor died. There we were, in the middle of the huge seemingly endless sea and the water began to rise and enter the boat. The water was coming in so fast that the boat started to tilt. There were so many of us, much more than the boat should have been carrying. Terrified we would drown, all of us -- men, women and children -- started to bail out the water until the boat regained its balance. The captain was able to start the engine again and we continued on the way. We were packed into the boat so tightly that Muthana sat on my knees for three hours which was agonizing. However, this was a bittersweet pain and I endured it for the sake of my friend. The sight of him made me feel as if I was with my family. As the boat moved forward and the sound of the waves rang in my ears, I looked at the sky and the stars and it gave me a sense of peace and comfort. I told myself, "At last you will see Sheila. You will meet her again and your eyes will be filled with the sight of her and you will hold her to your chest like a child." When I heard the calls of the white seagulls I felt as though they were whispering to me, “Don’t worry, you will soon be with Sheila.” As the island came into sight the captain told us “This is the island. You have to get out here quickly.” We hurriedly got out of the boat, one after the other. The shore was lined with high rocks and it was difficult for the women and children to climb over them. Muthana and I each picked up a child and carried them on our shoulders. After we came to the smaller rocks, we realized we were on one large rock or a small outcrop in the middle of the sea. The shore of the Greek island of Mytilene was 500 meters away. The captain had tricked us. I think he had left us there hoping to get away quickly so he would not be seen by the authorities. We were shocked and frightened and did not know how we were going to get to safety. It was eleven o’clock at night, our clothes were soaking, and we were very cold. The captain pointed to the shore and said, “That’s Mytilene.” It was too far to swim, especially for the children and their families. We were stranded. 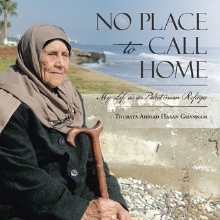 Thaer Abdallah is a Palestinian artist and human rights activist who was born in Iraq and grew up in Baghdad in a one-bedroom apartment with his 12 brothers and sisters. Together they survived three wars and unbelievable challenges, culminating in the kidnapping and torture of Palestinian community members following the 2003 invasion of Iraq. Thaer’s story of hope and resilience leads him from the streets of Baghdad to the empty desert, from loneliness to love, from the pain of imprisonment and torture to an impossible dream of new life in a foreign land. His example of courage and survival gives hope to all who suffer seemingly insurmountable challenges, and shines a light through the darkness of our times.