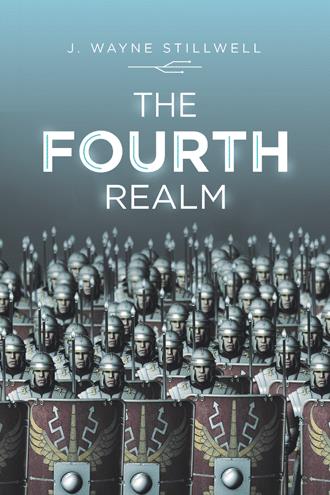 “Come on husband. That is absurd. There is no way we can get to a new planet. I know your beloved NASA is good, but they have nothing capable of practical interstellar travel. We couldn’t live long enough to get to the closest star system. Our grandchildren’s descendants might see the new world, but we would die in the lonely vacuum of space. I know your trying to think out of the box, but no thanks.” “Remember Terta, Atium and Mana.” “The aliens you wrote about in your book.” “Atium and Mana are still alive and living at a DOE facility in Yucca Flats. Terta and Bestra have died, but they had a son they named Terta II. He wants to return to his people. We’re going to contact him and ask for a ride to a planet in the Alpha Centauri star complex.” “Cool, we’ll be 21st century galactic hitch hikers,” Abby joked. “What if the planet is already populated. They might resent us. We’d be like illegal immigrants,” John Jr. said. “We’re going for the same reason all immigrants do. To get away from violence, poverty, tribalism and gangs. We’ll be creating a new country where Grace and I can watch our descendants pursue the American dream, or Proxima b dream. We’ll call the planet New America,” John said. “I get it, like New England or New Mexico,” John Jr. said. “That’s a lot to digest,” Grace lamented. “The people I’ve met with want a commitment soon.” “What people,” Grace asked. “Basically, the leadership of NASA in Washington.” “My god John, the conspiracy of all conspiracies. If you get caught, they’ll charge you with treason.” “That why, as a family, we must pledge complete secrecy and unless we all go, no one goes.” “I agree with that,” Grace said. “I’m going to tell the group. I’ll have an answer in 48 hours. Can we all agree on that?” Everyone agreed. That night he didn’t get much sleep. He tossed and turned, unable to shut off his mind. He would doze off for ten or fifteen minutes and awaken, roll on to his side, trying not to disturb Grace, and force himself to reenter his dream. Fear immediately intruded on his thoughts. He tried to force himself to think about sex with Grace or lust after a faceless woman. Every time, anxiety pushed its way into the privacy of his sub conscience mind. He tried to read, checking the time every minute or so, finally dozing off with the book laying on his chest. The light in the room remained on and startled him when he awoke thirty minutes later. It was not dawn; it was only a reminder of his fitful sleep. Asleep again, his sub conscience mind lost the battle with fear and he was awoken after seeing his children lost in space with no food and oxygen running out. Grace was being chased by a monster on some distant planet. It was only 1:20 AM, he was desperate for peaceful sleep, not just for fatigue or his mind, but for escaping the anxiety he felt in his conscious mind that couldn’t be dismissed by rationalizing. He saw himself flying over a strange land. He was soaring over an endless grave yard. His entire genealogy lay below him documented on grave stones. When he saw the graves of Grace and their boys, he woke up but didn’t open his eyes. He thought about the tree that falls in a forest, there is no one to hear it, but he could hear it in his head as his mind’s eye watched it fall. The mind cannot be denied. What the mind sees and hears cannot be managed. He adjusted his pillow. It was nearly 3:30 AM. He is certain he heard foot-steps. Was it one of the boys? No, they are grown but he wished they weren’t. He switched on the ceiling fan, hoping the soft sound of the repetitive wisps the large blades made as they moved the air would provide white noise sufficient to ease his sleep. Dreams were filled with goodbyes to his extended family, how to do it without compromising their escape. Finally, he heard the rustle of birds fluttering through the large Forsythia next to his bed room window. Grace would be up soon and the lonely twilight zone survived until the next night. 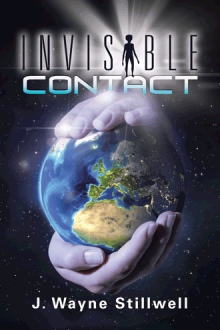 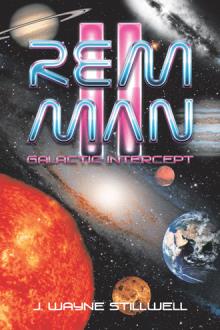 “The Fourth Realm” is a fiction story about intergalactic intrigue, mind-boggling technology and a desire for world dominance driven by dreams of conquest, power, love and hate. The story begins in the year 2049. Nations were struggling to deal with multiple threats to their way of life. The great American experiment was in serious trouble due to the same social and economic chaos that caused the Great Depressions in 1929 and 2023. Countries with predominantly European heritages resented the dilution of their cultures by people of color who they felt were bringing their countries with them rather than assimilating. Global warming added to the chaos. Once again, Survivalism became a respected and serious topic. One group chose a radically different option. They decided to leave Earth. What followed was the darkest period in history for intelligent life in the Orion belt of the Milky Way Galaxy. That was the state of affairs in the 5rd decade of the 21st century. Alien dialog has been translated into North American English.