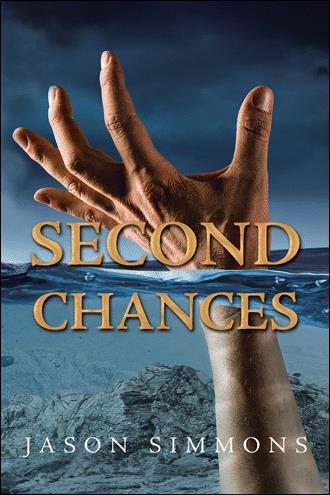 Like a giddy child she raced down the companionway, reached the electrical panel, and switched on the spotlights. The small sailboat brilliantly glowed in the phosphorous light of the ocean. Karen could now clearly make out the dark figures and delighted in her new discovery. “I’m afraid we are not being entertained by dolphins,” Karen giggled. “These charming mammals, dear skipper, are whales, Pilot whales to be exact and there are literally hundreds of them!” For hours the whales escorted the Mysteria across the Pacific. Karen had made her way below after being entertained by their attention, but Lorenzo remained at the helm keeping a watchful eye on the huge mammals. Once melodic, the mood however, had changed. Larger bull whales had replaced the younger calves and instead of their playful antics, the pod seemed increasingly agitated. They were so close to the hull Lorenzo could easily reach down and touch them. Within minutes the whales had sandwiched the boat. They were clearly angry now, their breathing erratic and their motions furious. The once soft whistling from their blow holes was now a piercing eruption of water. The Pilot whales were no longer friendly. Closing in, they tested the sides of the boat. The 37’ sloop groaned beneath the pressure. At first it was just a slight bump, then another, and suddenly a mighty jolt rocked the Mysteria as they pounded the sides of her hull. Horrified, Lorenzo steadied himself against the helm, then realized they intended to batter the small sailboat to pieces. He could see Karen being thrown from her bunk below like some kind of lifeless doll. When she raised her head he could see the terror in her eyes. “My God,” she screamed at him, “what’s happening? The water’s nearly up to my ankles! It’s coming in fast, too fast. Lorenzo, we’re sinking.” He couldn’t believe it. He simply couldn’t believe it. Momentarily stunned, Lorenzo shook himself to clear his head. Racing below, he activated the bilge pump, but quickly realized the uselessness of it all. The sea water poured in as the tightened herd continued to crush the fiberglas hull. The water was now at his knees, Lorenzo lunged for the radio and began signaling a MAYDAY with their position. Instinctively, Karen grabbed a knife from the sink and climbed up to the deck. Reaching the dingy, she cut away the plastic bag that held the life raft. Dragging it to the cockpit she could hear Lorenzo’s steady pleas over the radio. Only minutes had passed but the boat was going down quickly. It was time now; time to inflate the raft, load what they could and abandon the Mysteria. Together they gathered the few things they could reach and loaded the small life raft. A comforter served as a sack to fill with as many tins of food as Karen’s arms could carry, a first aid kit, flare gun and a flashlight. Lorenzo tossed in the water purifier, log book and a few spiral notebooks. As the water reached the deck they hastily tried to slide the oval raft over the stern. Catching on something it dangled for a moment in mid air, but putting a little muscle into it they managed to lower it into the sea. Karen slid quickly onto the safety of the raft and turned to see Lorenzo securing the bow line to the Mysteria. “Are you crazy?” She shouted. “What the hell are you doing?” “There are still a few things I can get,” he yelled back. “Things we need. Besides, I can’t leave her yet. She’s my whole life Karen, I just can’t leave her yet.” “Make it quick skipper, I am not going to be pulled down by a sinking ship just because you want to say goodbye.” The few minutes she watched her husband seemed like an eternity to Karen, and then she screamed again, “Get in now Lorenzo, or I swear I’ll cut the line myself!” “Okay,” he said grudgingly, “I’m coming.” As he pulled in the twenty foot line the heavy swells tossed the small lifeboat, knocking it against the stern of the sloop. Suddenly a gush of air escaped from the raft. Karen looked down in horror as one end deflated beneath her. Even before she could react, there was a small popping sound as a rush of air filled the backup chamber. In no time the raft was once again solid and bobbing against the stern of the Mysteria. Carefully, Lorenzo handed Karen the last few things he had managed to salvage for survival, then lifted his heavy frame onto the overloaded raft and shoved hard off the sailboat, distancing themselves from the doomed yacht. He was weeping openly now, unashamed at the tide of emotion that swept over him for this long and loyal friend. Lorenzo had sailed her for nearly twenty-three years and now after only twenty minutes he watched helplessly as she sank to her death. The whales had mysteriously vanished, the sea was no longer a bubbling cauldron of black fins. Karen and Lorenzo held each other tightly and watched silently as the last bit of the Mysteria slipped beneath the water.

Shortly after midnight the 37 foot sloop Mysteria, sailing from the Panama Canal to Hawaii, was attacked by a pod of pilot whales and sunk within 20 minutes. Lorenzo and his wife Karen quickly took to a small, rubber lifeboat where they spent the next sixty-seven days surviving the elements, natural predators, and each other. Even before the voyage began Karen feared for her life, believing that her straying husband had intended to kill her somewhere in the middle of the Pacific Ocean. She had only one choice ... kill him before he could kill her. Once the boat had sunk, however, she realized that in order to keep the leaky raft afloat they needed each other to stay alive. Would their ordeal bring them back together or would they each have their second chance to carry out murder?

A veteran sailor herself, Jason Simmons has long been a member of boating communities throughout the world. Raised in the Orient and educated in Europe, she currently resides in Prescott, Arizona.