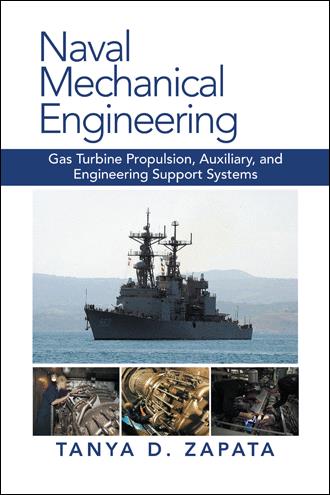 FUEL SYSTEM Gas turbine ships carry two types of fuel aboard Fuel, Naval distillate NATO symbol F-76 (formerly designated as diesel fuel, marine [DFM]), and JP-5 NATO symbol F-44. Fuel, Naval distillate identifies fuel by MIL-F-16884. Fuel, Naval distillate is the type of fuel normally used for the gas turbine engines with JP-5 being an alternative fuel that can be used when necessary. While JP-5 may be used for the ship's propulsion plant, its main purpose is for use in the helicopter assigned to the ship for ASW operations. Both fuels must be delivered to the equipment in a clean and water-free state. This is the purpose of the ship's fuel system. The shipboard fuel system is a method of receiving, storing, purifying, and removing fuel from the ship. The bulk fuel is stored throughout the ship in storage tanks. Fuel is then taken from the storage tanks through the transfer system to the service tanks. The transfer system removes water and contaminants from the fuel and prepares it for use in the gas turbine engine. The service tanks stow the fuel either in use or fuel-ready to be used in the engines. Fuel is taken from the service tanks, through the ship's fuel oil service system where it is further conditioned before use. Fuel, Naval distillate and JP-5 fuel oil systems are separate systems, both consisting of a fuel oil fill and transfer system and a fuel oil service system. We will discuss these systems separately in the following sections. NAVAL DISTILLATE SYSTEM Fuel, Naval distillate is the fuel used for the main propulsion plant on the DD and CG ships. It is also the fuel used for the generators on the DD and CG class ships. Navy distillate is the main type of fuel carried aboard ships. The Fuel Oil and Transfer System The Fuel Oil Fill and Transfer System consist of the following components which will be discussed individually. 1. The Fill and Transfer Header 2. Storage Tanks 3. Transfer System THE FUEL OIL FILL AND TRANSFER HEADER. The fill and transfer header is a system of piping and valves connecting the main deck filling stations to the storage tanks. This system allows fuel to be taken from the storage tanks to the service tanks. It also provides the capability to defuel the ship. Fueling and defueling operations begin at the main deck fueling stations. Ships of the gas turbine class have fueling stations forward and aft, which provides the capability of receiving fuel from either the port or starboard side. Ships are fueled both at sea and in port. The main difference between fueling at sea and in port is the method used to connect the supplying station to the ship. At sea, the probe fueling system is used. The probe method is the most common method used and is standard among ships of the U.S. Navy. Various adapters are available for fueling from ships not equipped with the probe unit. Part of this system is the probe receiver and the hose assembly, which are connected to deck filling connections on the outboard side of the receiving ship. During inport refueling, the supplying activity's hose is bolted to a flanged fitting on board the receiving ship's fueling station. With the commanding officer's approval, the chief engineer, in conjunction with the oil king, sets up and controls the fueling operation. The oil king aligns the system following EOSS and controls the fueling operation. Standard refueling stations are manned, and the entire operation is monitored from a central point on the ship. Various tests of the fuel are required before, during, and at the securing of fueling. The oil king is responsible for these tests and the reports that must be submitted. These requirements will be discussed in detail in a later chapter. Fuel flows from the receiving station to the main header pipe and from there to the storage tanks through various valves. On the DD and CG class ships, fuel flows from the deck riser through a motor-operated valve that can be used as a throttling valve to maintain the fuel flow. From there fuel enters the main header and from there to the fuel banks through branch lines. Each fuel bank has its own motor-operated valve. These valves are operated from the fuel console and are either fully opened or fully closed. The storage tank valves on the DD and CG class ships are electrically operated from the fuel control console located in the central control station (CCS). Except for the manual operation of the valves at the fueling station, the entire fueling operation can be conducted and monitored at the fuel control console. These valves can be opened and closed manually if needed. STORAGE TANKS. Fuel storage tanks are nothing more than large enclosed compartments with piping connected to them. Some ships such as the DD and CG class ships are provided with seawater-compensating systems. With this system, the storage tanks are always kept filled with either fuel or seawater ballast or a combination of both. The receiving tank is connected to a bank of storage tanks using sluice piping between tanks. As a receiving tank becomes full, fuel overflows into the adjoining tank in the bank. This continues until all tanks in the bank are full. During the fueling operation seawater in the tank, bank is displaced by the fuel and is discharged overboard through an overflow line from the overflow expansion tank. When fuel is taken from the storage tanks for ship's use, on gas turbine ships, seawater from the fire main provides a positive head on the system to the suction side of the transfer pump. Seawater replaces the fuel in the tanks and maintains the proper ship's trim. CAUTION: Because of the danger of over-pressurizing the ship's receiving system during refueling, the extremely close liaison must be maintained between the receiving ship and the supply ship relative to flow rates and line pressure.

Naval Mechanical Engineering: Gas Turbine Propulsion, Auxiliary, and Engineering Support Systems is a technical publication for professional engineers to assist in understanding various ships auxiliary systems. You will learn how they are applied to the overall propulsion plant and how the pumps and valves are used in the systems. Since the auxiliary systems vary between ship types, you will learn the systems in general terms. The maintenance and upkeep of the auxiliary systems are extremely important since, without them, the main engines would not be able to operate. You will be presented with some of the various factors that affect gas turbine performance, procedures for engine changeout, and power train inspection. In conclusion, you will learn a few of the maintenance, operating problems, and repair of pneumatic systems, low-pressure air compressors (LPAC), hydraulic systems, pumps, valves, heat exchangers, and purifiers. Proper maintenance or repair work consists of problem diagnosis, disassembly, measurements, corrections of problems, and reassembly. Use of proper tools, knowledge of the construction of equipment, proper work site management, and cleanliness are keys to successful maintenance and repair work.