The Shadows Among the Starres 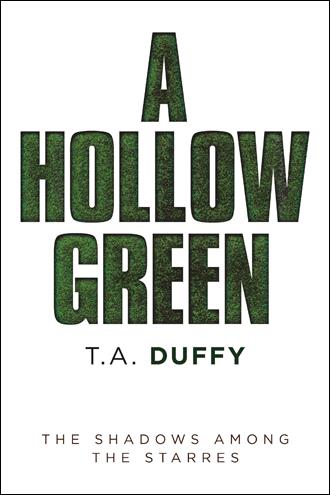 Suddenly, a shot of pain like a lightning strike shot through his entire body, and he gasped aloud. His vision went black, and his being experienced a sudden shift in time and space. Fear overtook him, for this was not a typical supernatural phenomenon. Was it? Daemon’s being underwent an intense falling motion through a black void which forced his heart from his chest or so he had imagined. He awoke with an abrupt jolt in a strange, foreign room. Where ever I am now, it isn’t Seattle, Washington. Daemon considered himself to have a calm, chill personality, but even the most tranquil person would’ve freaked out slightly in this situation. He pressed a hand to his chest, comforted to find his heart was still in its cavity. His breathing was heavy, dismayed, and a cold sweat lathered his skin. What in the god’s names just happened to me? His hands gripped a rough wood, and he realized with great perplexity that he was seated in an old chair covered in spots of black blood. Daemon could no longer smell the blood’s scent which meant it was extremely old. Daemon didn’t know what to make or think of this new environment. The chair was facing open glass doors that led out onto a balcony. The sky outside was storming, but in a very different way than Seattle; this storm and the rain that poured like tears from the black and gray clouds above seemed to Daemon more of a supernatural occurrence than a human one. Daemon glanced left and right. He was in a circular stone chamber lavished with floating black candles, orange and red flames licking at their wicks. The unnatural atmosphere was suffused with a hazy smoke, but Daemon’s senses spiked at the sound of music, piano to be specific. An eerily beautiful melody permeated the smoke, drowning Daemon in its majestic sound. Bumps formed all over his arms and neck. Am I dreaming? Daemon rose from the bloody chair, noting how real everything in the room was, just as concrete as Seattle had been. Daemon could smell the rain, the cinnamon from the candles, and is that wine? Daemon glanced to the left of the chamber, and there on a wooden table sat two glasses with red wine. Daemon swallowed nervously, but forced himself to remain a serene composure. He turned his back to the open balcony doors and found himself staring at what at first seemed imaginary, but he soon realized it was very real. A Grande piano stood placidly in the stone chamber only about five feet away, a circle of candles entrapping it from where they sat on the floor. However, Daemon’s eyes came to rest entirely on the figure that sat on the piano bench, bent over the keys like a true master. The figure was clearly male, his fingers gliding up and down the smooth black and white keys like birds soaring through the air. Silky black hair matched his simple t shirt, dark skin glowing by the light of the candle flames. Whoever they were, they were either ignoring Daemon’s presence or were ignorant of it. Either way, Daemon realized he had begun taking soft steps towards them. The song called to him as if it was the stranger’s way of speaking. He came up behind them silent as a ghost and reached out a hand to touch them gently on the shoulder. But his hand brushed past only a black and gray cloud of shimmering smoke which quickly vanished into thin air. Daemon’s eyes were wide, lips parted in confusion and surprise. What is happening? Now I’m afraid. Daemon tried to muster even a semblance of energy for his supernatural abilities, but the fire from the candles would only grant him so much. What he really needed was a long and fulfilling rest. Daemon touched the keys softly, and he encountered the remnants of the previous player. The only emotion he received was an overwhelming numbness. Daemon shivered and turned away from the instrument only to bump into a tangible being he hadn’t even realized was standing behind him. Daemon looked up, preparing an apology before he fell back down upon the piano bench with a start. Staring down at him was the figure from before, but upon his face was a silver skeleton mask. It was enchanted, Daemon knew that as much, for the bone structure moved with his emotions like a normal face would. The mask melted into the skin of his neck, the silver like metal plates. The black eyes like endless voids swallowed him up within them, and Daemon was faced with his childhood once again. He saw his father lying in his own blood on the cathedral altar, and standing over him, was this man, this creature who hid his identity behind a mask of death. Scarring the mask beneath his eye sockets were red tears that seemed to be etched into the bone. “Daemon Starre…” the man beneath the skeleton mask spoke only his name, voice resembling a subtle note on the piano but with a profound undertone. Daemon had never heard a voice so…empty. “Hello there. I know this is all very Phantom of the Opera.”

When Daemon Starre awakens in a foreign hospital room with no remembrance of how he got there or where ‘there’ is, fear threatens to overtake him. However, what strikes him as even stranger than that reality is when he realizes he is in the human dimension. Daemon’s home is known as The Daemonium, a dimension built into The Northern Lights almost a thousand years ago, and he is what is known as a supressere, a supernatural being with extrordinary abilities. He, along with his best friend Niles Pemnora, are thrown into a deadly man hunt, with Daemon being the prey. Who is he running from? A nightmarish High Angel named Pierce Shadow. Jocylin Zirander has been living in the human dimension for eleven years since she ran away from home at age 9. Her life would seem perfectly normal to any outsider, but she is a supressere with secrets. She has successfully hid from her past, but when she runs into Daemon and Niles during her night shift at Walmart, she knows her past is threatening to envelope her once again. Who is she running from? One name: Pierce Shadow. And who is Pierce Shadow besides the most powerful supernatural being within The Daemonium? Three words: broken, unpredictable, and full of vengeance. A man fights his demons. A woman whose family is torn. A child born to bring the end. A dimension where the past and the present are at war. This is “The Shadows Among the Starres”.

Tara Duffy is an American author of fantasy. She has been creating the fictional universe for “The Shadows Among the Starres” series since fifth grade and is proud to finally share her characters and their stories with the real world. She is currently enrolled in college to attain her bachelors degree. Though undecided concering her future, she has no doubt writing this book series will always be her passion.