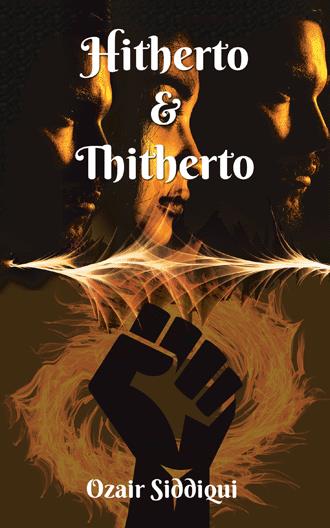 A memoir of four decades into the future set against the backdrop of difficult times in the United States, starting from late 2010 and ending in 2045. This is the story of an unusual American family as they struggle against the convergence of oncoming economic hard times, social ills and political instability. From witnessing a complete economic collapse to the unfolding of a race war to a full-scale revolution, the family matriarch’s dream of riding the success of American civilization, instead veers to living the nightmare of the country’s demise. The story revolves around the lead character, Melissa Carlton, a young woman starting out life innocently, oblivious to the unfathomable future that lays ahead of her. As a white American born into the privilege of the 2000s, her life unexpectedly ends up in absolute misery by the 2045 when the story ends. She starts her childhood happily in California, living through the abundance of 2000s and the comfort of 2010s. However, as the next decade roars in, she comes face to face with the totally unexpected, completely blindsiding her. As an innocent, sensitive young woman, she could have never imagined that one day she would marry three men, organize a militia and work with foreign agents to bring a revolution to Washington D.C. The pace of the story starts accelerating from the year 2020, shortly after Melissa graduates college to become a school counselor. United States, burdened by national debt, foreign wars and internal conflicts becomes embroiled with debilitating problems all of which converge at once and synergistically. Lawlessness becomes the norm and United States transforms into a nation of barbarians. Lootings, shootings, racketeering, kidnappings, theft and murder becomes an everyday occurrence around the country. And Russia feeds it by stirring up disaffected groups. The streets become battle zones where people shoot each other with high powered rifles. Children become vagrants. Social order completely breaks down. Death and destruction become prevalent. Corruption runs high and the police become a puppet of the state and the elite. With widespread hunger, scapegoating of minorities becomes the norm culminating into the black, Hispanic and Asian population of United States suffering greatly from marginalization. It only gets worse with time, eventually leading to absolute frustration in African-American communities particularly. It all boils over into a rebellion by black population of the southern region of United States and then leading to a bloody race war. Cities are damaged and people are slaughtered on both sides as intense fighting between the different races of the United States rages. As the two sides battle their hatred against each other, the southern region of United States becomes a war front and cities of the region becoming no-go zones. All the while the race war is going on in the south, Melissa becomes entangled in a love affair with another man. Eventually this man is accepted by her husband and the family becomes polyandrous. This new, unique family then make friends with revolutionaries who do not agree with US government policies. Eventually this group become the spearheads of the anti-government movement. They are located by the Russian government who trains them in starting a grassroots movement against the government of the United States. They form ta formidable, elusive force that ends up tormenting the FBI, CIA and other government agencies trying to track them down. While this group trains with the Russians to fight the US government, a new phenomenon forms in the Southwestern United States. Just like the black population who rose against racism, the Hispanics of United States decide that they also have had enough of discrimination and seek autonomy. The states of California, Arizona, New Mexico and Texas (the territories formerly belonging to Mexico) unify to form a semi-autonomous Latino governorship. While the black population struggles to form a nation of their own in the south, the Latinos fare well in carving out a country for themselves in the Southwestern region of the United States. With the east coast entangled in political problems, the south burning in the race war, the Midwest in social disorder, the southwest in a break-up, too many problems lurk for the US government to keep a hold on the country. Added to these problems, mother nature also contributes to the misery of the nation. A volcanic eruption destroys a major US metropolitan area, killing millions. The government, too absorbed with political dissent, cannot help. Then a major earthquake, like several hydrogen bombs, levels the central region of the United States. The government is yet again helpless, and watches overwhelmed as people suffer in misery. And a hurricane levels the gulf states in the South. Melissa’s circle, after much difficulty, manage to remove the president, imprison government officials and conquer Washington D.C.; however, they are faced with so many complications that they do not know how to bring order to the country or consolidate the fragmented nation. Every part of the country wants to be an independent entity and too many former governors seek to become their state’s absolute ruler. The United States becomes a horror movie that no one can handle to watch. The story ends without a conclusion as the fate of the country, leaving the readers to their imagination to extrapolate what lies ahead. The main theme running along the narration of the book explores the question: who is America’s true enemy? As a young civilization, United States has always viewed minorities and foreigners as its adversaries, when in fact, America’s own white people, and not others, is its greatest weakness and the base that brings the nation to its knees. The secondary theme of the publication is unpredictability of life. It dwells on the concept that life, no matter how solidly adorned, takes so long to build, yet so easy to shatter. This is the only futurology book where three of the predictions in the book have already manifested: the disintegration of the Iran nuclear deal, Trump’s tariff wars and the Russian meddling in US affairs.

A memoir of four decades into the future set against the backdrop of difficult times in the United States, starting from late 2010 and ending in 2045. This is the story of an unusual American family as they struggle against the convergence of oncoming economic hard times, social ills and political instability. From witnessing a complete economic collapse to the unfolding of a race war to a full-scale revolution, the family matriarch’s dream of riding the success of American civilization, instead veers to living the nightmare of the country’s demise.

Ozair Siddiqui was born in Kabul, Afghanistan. Due to the impending civil war of the 1990s, he and his family left Afghanistan to settle in India. For 18 months, they lived in New Delhi from where the family then immigrated to the United States. At first, they settled in the city of Denver, then relocating to the state of California. After establishing himself, Ozair decided to rekindle an old aspiration of becoming a writer. From a young age, Ozair had a penchant for the arts and letter and looked forward to one day becoming a professional writer. However, his hopes were cut short with his emigration. With the challenge of learning a new language and adopting to a new country, he was held back. Despite much effort, language continued to be a persistent problem. However, in the year 2008, Ozair finally attained mastery over the English language. Over the next six years, he polished his language skills. From 2014, Ozair started writing professionally.