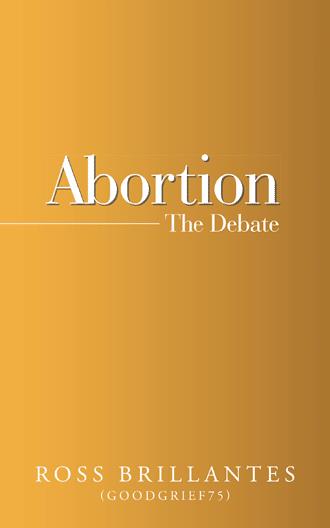 This book has been prompted, encouraged, enticed to be written by the powerful force of persecution against the weaker sex. There is so much dominant ignorance, fallacy, ungodly, irrational belief as to why they are being denounced for the exercise of free will, free choice. The denunciations, the incarceration of agenda-violators have their own merits but there is a need to investigate the basis/bases upon which they are founded. The inquiry goes deeper than the accusing fingers and from the defensive hands. There has to be a biblical, rational, scientific basis to mellow down the confrontation which results to social injustice. In the aspect of biblical, rational, scientific basis, the sub-issues of morality, gender orientation, God-Question, man-made agenda, killing, soul, human being, human life, fetus, union of sperm and egg cell, miscarriage, after life, related matters being taken up. In a nutshell this work is intended to provide some academic education for people into the state of discernment, into rationality so the millions of embittered, angry souls can soften the imposition of their vested, impassioned agenda.

Over 70, retired from U.S. government, retired as prosecutor in Cebu City, and as college lecturer in Cebu, an island in the Pacific. From years back to current times spending many days writing reactions/comments on narratives about history, politics, religion, under social media name Ross/Goodgrief75. Published three previous books namely: Conqueror-Empires - Their Agenda When They Ruled the World; Controversial Freemasonry and its Repercussions; Cultural/ Behavioral History in the Philippines Islands. His third and last college degree from the University of Houston. 1992; the second from the University of the East, College of Law, Manila, and the first from Far Eastern University, B.A. in arts and science. In the entire academic life - raised, lived, studied, and finished education under a strict class room environment - no throwing of paper clips, paper planes, paper balls; no classroom roamers; no intermittent boisterous talks in the class. (Common situations in many public schools in the U.S. and was as a substitute teacher for over eight years in Texas)