The Last Sin of Pancho Martinez 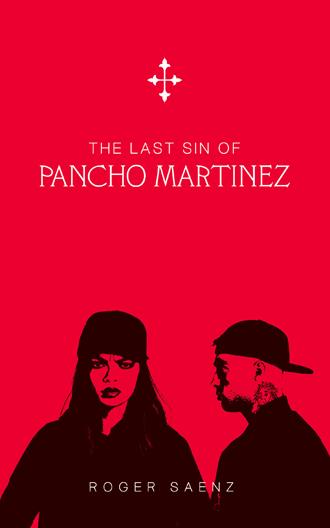 Suddenly the door burst open and an angry, disheveled, pudgy, balding, one pay check away from poor white trash, Anglo-American husband rushed into the bedroom brandishing an enormous pistol like Clint Eastwood in a Dirty Harry movie. His pants and shirt obviously did not fit him and were one size too small. His pants zipper and shirt buttons were screaming and crying for mercy as they held on with all the strength they could muster. Stella’s husband had suspected something sinful and wicked. He had noticed how Stella had been cold and distant toward him in the recent months. She had been as distant as the sun, and as cold as liquid oxygen. He came home early this evening hoping to find Stella alone, but he wasn’t sure if he would, so he took his .44-Magnum pistol with him just in case. If Stella was sleeping with another man, he was going to deal with him with as much fury as possible. He really loved Stella. He knew that she had slept with other men in the past, but this didn’t matter to him. He knew that she had children from other men, but this also didn’t matter to him. Stella was the woman that he had been waiting for all of his life. Upon meeting her, he quickly asked her to marry him and when she said yes, he was ecstatic. He was Stella’s fourth husband, but Stella was his first wife and his queen. He was not about to let anything, or anyone ruin his relationship with the queen of all his dreams. The angry, jealous husband entered the dreary room with the immense, cold blue steel gun in his right hand and immediately raised it up and pointed it at Pancho Martinez. His eyes were on fire! You could feel the jealousy and hatred streaming out from his eyes across the room toward Pancho. His entire body felt numb and cold at the same time. He stiffened up like an old board on a picket fence. He didn’t have the guts or the courage to kill a man, but he had to go through with this; he had to stand up for what rightfully belonged to him. He had to stand up for his Stella. He felt a knot begin to swell up in his throat. He felt a trickle of sweat run down his forehead. His hands were wet and clammy. He could hardly breathe. He wanted to run. He wanted this to be a bad dream. He wanted all of this to go away. But it was real. This was really happening. His courage had left him, but the jealousy spurred him on like the intimidating crowd of teenagers in middle school who keep yelling, “Are you going to let him do that to you? Show him who you are! Let him know how much he has hurt you!” With all the rage, anger, wrath, spit, and mucus that he could rally he cried out at the top of his lungs, “What is going on here? Who are you? That is my wife that you are manhandling!”

The Last Sin of Pancho Martinez is a wonderful, exciting, and action-packed book! This book is a fictional story for Adults about the rugged life of a young man living and struggling through a life of drugs and alcohol. The main character is likable and relatable. He finds himself in deep trouble facing a destructible end to this life but then finds redemption and forgiveness in Jesus of Nazareth. If you like to laugh, like adventure, and care about family, this book is a must read. The action never stops!

Roger Saenz was born and raised in San Antonio, TX and has worked in Public Education for over 20 years. He has served as a Senior Pastor, Children’s Pastor, and Sunday School Teacher. He and his beautiful wife Sandra have two wonderful and loving sons and currently live in Fort Worth, TX where he is a student at Southwestern Baptist Theological Seminary obtaining a PhD in Systematic Theology. THE LAST SIN OF PANCHO MARTINEZ is his debut novel.