The Book of Peace 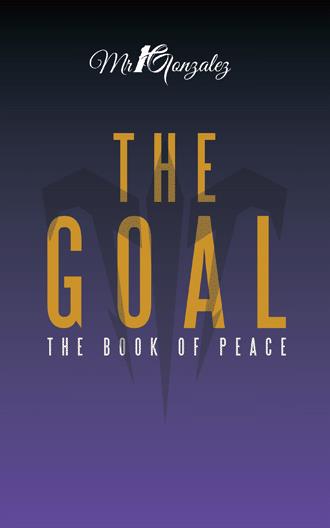 The Overseer cleared his throat. It was impressive that even this gesture commanded respect and silence, even from the kings surrounding him. “I have no doubt in my mind that you all know what it takes to run a kingdom. You have built your empires from nothing. I also know you would do anything to keep your empires alive and well. You three are great leaders and I expect you to remain so for a very long time… especially you, Azrael.” The group shared some hearty laughter at Azrael’s expense. “But my brothers, dark times lay ahead. We have foreseen terrible evil and a dark force coming for this land. Now as you all know there are two crucial components to winning a war. Number one is the size of your army. I am proposing that if the three of you unite your kingdoms by joining the Network, then the entire world will stand as one. The perfect union of every man woman and child under one banner.” “But Sir! Our empires have stood for decades and you wish us to simply sign it all away for...” “Sothis” The Overseer bellowed in the great empty room, “All will be clear momentarily if I may finish”. The fire in the Overseer's eyes that had shut down Sothis’s protest faded quickly and returned to a softer but still stern glow. “As I was saying, under one banner we will be known as the network and will stand as one against any evil that may come our way. Not a single one of you will have to give up ownership of your empires, nor will your servants have a new lord. You see, while your subjects bend their knees to you, all I ask is that as Lords, you pledge your allegiance to The Network. Does this sound reasonable to you?” After a few moments of silence, Victor Zeller spoke, “ With all due respect Overseer, but after everything my people have done, you would ask us to throw away our lives under another flag?” “No, Victor. I would never ask the Zeller to fight for another’s behalf. Your kingdom is impressive and your people are strong and skilled. I am asking that you join us in an inevitable fight that will claim us all one by one if we do not stand together. I am not asking you to fight another kingdoms battle; I am asking you to save your own. Do you not owe that to your people?” Victor nodded slowly in agreement but his eyes were squinting at the Overseer while he thought deeply. Azrael picked up with his own rebuttal. “And whom shall lead this “Network”?” “That brings me to component number two.” The Overseer continued. “I have been leading the network from Day One. I have raised revenues and created a peace that stretches as far as the East is from the West. Not a single collective has been made to assist in a matter they were not willing to do in the first place and minimal donations are needed to keep HQ running. You three will have the same arrangement. You and your heirs are protected in the network since we respect lineages and you have the added protection of the Network’s army should you ever be subject to a siege. All we ask is that your kingdoms actions are presented to the Network before they are implemented. There will be no need for war under my rule. I am not from this land and I can assure you that none other than myself are capable of leading in such capacity.” All three leaders answered simultaneously, “You!?” “Yes, me my friends. You see, I am a being not of this land. I acquired more wisdom than Azrael has in his long immortal life, I have more wealth than the treasures of the Zeller, Victor, and I have acquired stronger magic than even you Sothis.” As he mentions his name, Sothis reacts by daringly cocking his head up “I am acknowledging that I am a perfect being and so should you…”

The Goal is made up of three stories that include the Book of Peace, the Book of Justice, and the Book of Order. The collection was designed in a way that it could be read in different arrangements to establish a sense of freedom for the reader. However, it is recommended to read the books in the sequence prioritized by the reader’s personal values.

Mr1Gonzalez is an ordinary family man that enjoys the aspects of art. Coming from a military background, the 27 year old author strives throughout his life to persist in immersing in the arts of drawing, performance, painting, music, and writing. Mr1Gonzalez gives his gratitude to God for the talent and ability he was gifted with, and inspires to showcase that through his works.