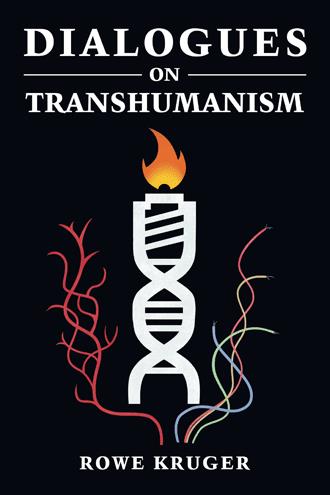 “Quite simply, we need to convince the masses that all of this transhumanist technology they're so eagerly installing into themselves needs to be abandoned. The future simply cannot sustain it and all of the other technological developments.” If it was not clear before, there was nothing left to Darwin's imagination about Loggins' view on transhumanism. Yet there was still some confusion about why that disdain was relevant. “I'm not following here. I don't like looking at people with metal and lights coming out of them anymore than you do, but what does that have to do with keeping Prometheum or any other company for that matter from getting that kind of power? There were evil companies throughout history. Even in Rumparte's time there were other companies affecting people's lives negatively with Prometheum just being the largest and most prolific.” Before Loggins could reply, the a waiter approached them and took their orders. Darwin realized he hadn't even looked at the menu since arriving due to conversation. Trevon and Evie had a head start, Loggins always ordered the same thing when he ate there, and now they all had to wait for Darwin to look over the menu and try to change his frame of mind from debates on preventing mass economic slavery to whether or not he wants the spaghetti or ravioli. In haste, he chose the former, his choice of drink, and quickly tried to return to the conversation at hand. That brief interruption gave Loggins the chance to consider his analogy. “Let's say there's ten people who work on fixing roads. Having driven in many places where roadwork happens, I honestly feels like it takes ten hours for them to finish one. So ten people given ten hours can do one road. You follow?” “Sure.” “Now I'm sure you remember this scenario from your own time. It's when the concept really took off. Now let's say that one day a machine is invented and it's absolutely fantastic because it can do that same roadwork in one hour. So now rather than ten people taking ten hours to do one road, it's one machine taking one hour to do one road. Those ten people? Out of the job. How do you handle that?” Darwin thought for a few seconds. “Have them work on other roads. Even in my day multiple streets were in disrepair and I can't possibly imagine the state they would have been in when everyone drove a autonomous vehicle.” “It's actually called an automobile but that's beside the point. Except, that robot can do one road an hour. If the work day takes ten hours, it can do nine more roads in that time and that's just with one machine. Build another and twenty roads can be done in ten hours and so on. They're still out of the job, Darwin. No one wants humans working on roads anymore so how do they feed their families?” Another round of thinking. His face lit up with revelation. “Have them work on the robots! They need to be built and maintained after all.” “That's a very common answer but there's some problems to that. People already built those robots. That's how they exist in the first place. So those jobs are filled. By the time the robots are sent out, any good company would already have positions for people to maintain them filled and we're ignoring the fact that robots these days can fix themselves.” “But wouldn't there be other industries to work in? Or even other places that haven't built robots that could use bright new people to design it all?” “Sure, but when every industry has robots, where's the need for people? You know the guy who took us to the table when we came in? He can do anything a human can other than get people pregnant. But even worse, he's not even optimal to these companies. A lot of robots don't look human because they're specifically designed for certain tasks and the best designs look very inhuman depending on what's done. Even soft AI robots in the 21th century, that being machines that are super skilled at a small range of tasks, were replacing people en masse. There's simply no job a human can do that a robot cannot.” “You've got me on that, yes.” Darwin admitted “But that doesn't stop those road workers from getting into science or engineering and filling up the role of designing the robots. Even if robots were designed by other robots, ultimately there must be a human designer eventually. It can't be robots all the way down...can it?” “Do you have any idea how long it takes an average person to get a degree in robotics or AI software engineering? It takes years just to get the prerequisites out of the way and colleges aren't cheap. Years to get the basics, years to finish specializing, super expensive, and these guys don't have a job to pay for any of that because one, one single robot took it over. Some of them probably didn't even finish highs school, Darwin. These people aren't exactly the brightest bulbs in the house otherwise they wouldn't be doing roadwork to begin with. They still deserve a good life.”

In the year 2182 stands the city of MetalWest. Where it was once the prosperous start of transhumanism, it has since regressed into a corporate dystopia that in turn was ended through violent revolutions. Fifteen years after the fight has ended, the question of whether or not transhumanism and other revolutionary technologies should be shunned or embraced dictates the thoughts and actions of those who were involved in fight. Now with the addition of a neutral party, a replicant who struggles with his own issues of identity as to what truly separates one man from another, the well held views of everyone will be put to the test. Their discussions will range from automation, economics, and the future of entertainment to the uncomfortable truths of human nature and the very concept of the self.

Rowe Kruger is an Arizona resident who has been following the debate on transhumanism. Inspired by the conversations he had in life, he decided to adapt it into a science fiction narrative.