My Journey Back to Heaven 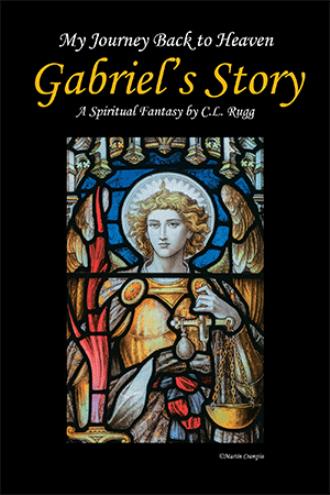 We first meet, Archangel Gabriel, with his personal accomplishments behind him, proclaimed the left hand and will of Yahweh, and with the love and respect of his fellow angels, he has become the most powerful angel in heaven. During his past five-thousand years of afterlife, he first believed that he had everything he could ever want, but something was missing, he needed and wanted more. Originally, a still-born, human soul, he never had a chance at life outside of heaven. But then something happened that made him desire what he had lost. It was Yahweh’s encouragement and plan for him to return to Earth and live as a human, however, returning would not be that simple. Becoming the first of his kind, Gabriel would retain his angel powers, but be without the memory of his past, thusly, forced to learn how to survive his dual nature, and obligated to recall his unknown previous life; he would require the help from one of his guardian-angel allies. But it will be Yahweh who orchestrates the situation by keeping Gabriel from knowing his fate and future destiny. Many adventures befall our hero, as he navigates through childhood, adolescence, adulthood, and the difficulties with romance. When Gabriel is forced to persevere over earthly and un-earthly villains, his lessons become more profound. With the help from his heavenly company, his fated time-line will take him through progressively greater challenges. Gabriel’s weapons will go beyond his charms and magical powers, which must include his knowledge, wisdom, and resolve. This illustrious legendary figure, is the nice guy who will finish first, ultimately finding personal fulfillment, and becoming more than he could ever imagine.

I have a pueblo-style house in Santa Fe, which resembles the other ginger-bread, neighborhood dwellings. My eclectic art hangs on the walls from; Rio de Janeiro, Brazil; Petra, Jordan; the mountainous cliffs of Meteora, in Greece; my cherished souvenirs when I had the time and money to travel. Privileged for the solitude, I settle deeply into my story. Living large then; yet here, my enchantment remains. I was actually born back east; in Knoxville, Tennessee. My mother raised her four daughters substantially, even on a shoestring budget. Well educated herself, college was offered. Soon I had sprouted my wings from Centre College, a liberal arts school in Kentucky, and was heading west to the coast where I eventually graduated from the University of Southern California—Pharmacy School! Admittedly, not the usual choice for a writer, but in New Mexico my inspiration was to write, and my book became my passion. Earning my literary chops under years of study with the best editors in Santa Fe, I can now take pride in my creation. Please enjoy my Spiritual-Fantasy; slowly, reverently, and with love—C.L.Rugg.