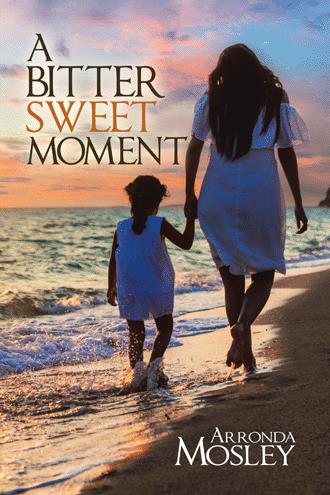 When God Cleans You Up In the last few months it became extremely hard to see Mom go through the final stages of having Cancer. The changes were more noticeable. When she lost her hair and it grew back in more beautiful than it was before. One particular night my Sister and I were sitting at the table talking with her. On this day Mom was different. She looked different too. I always thought she was beautiful but this day something about her glowed! There was something luminous about her. To look at her in that moment you would not have known she was battling anything that threaten her life. It was hard for Mom to sit up long periods of time. She wanted to get dressed and put some clothes on rather than her night gown. We got her into her pink sweat suit. She asked if I could do her face not that I was really got at it but she always liked when I would arch her eyebrows. She also requested a little make-up. This seemed to make her smile so I was happy and quick to do it. I got her makeup from the bathroom and while she sat at the table as if this was just an ordinary day. I gently put on lipstick, eye liner, mascara, arched her eyebrows and smeared on a little blush on her cheeks. She always loved red lipstick. I used my tube to finish the look. I handed her the mirror and in my Aunt Aggie’s voice, I said “Just gorgeous!” The three of us laughed. She really did look amazing. I got the camera and took her picture. It’s one of my favorite pictures of her. Even when I look at the picture now I recall that moment like it was yesterday. I’ll never forget it. We all truly enjoyed that time. It was great to see her sitting up talking, laughing and smiling. Hard to believe that Mom passed away a week later. I saw firsthand what the old folks say, “God cleans you up before He takes you!” That day was significant because she looked better than she ever had before. You couldn’t see the impact that Cancer had made in her appearance at all! The thought of trying to prepare myself to let Mom go grew more and more unbearable but I worked hard to not let it show to anyone. After our visits in person or talking on the phone I would just cry and laugh too thinking about all the good times and moments we had and were making. I just wanted her to be at peace and happy. She continued trying to prepare the family for what was going to happen by showing and telling us she was ok. After she passed I found out that she had specific conversations with us all on what she expected us to do! She told my then husband to make sure he took care of her girl! She was telling me and those around me to look after one another. Whenever she needed to see me she’d have my Stepfather call to check on me and ask me to come by so she could see for herself. I truly struggled with that because I knew what the conversation was going to be about. It had gotten to the point when I sent to see Mom I wouldn’t stay that long. It was just so tough. I didn’t consider again how my actions would be affecting her. She told me she understood why I had stayed away. It was so hard for me to cope. I had to be honest with her when we met that day. I explained to her I don’t know how to let go. I told her I was afraid of losing her. A part of me was mad with her that she wasn’t angry. Deep down inside I felt like she wasn’t fighting hard enough but I knew that she was. It was wrong for me to judge her but it was how I felt. She told me that she had accepted having Cancer a time long ago. She said she was mad and upset but it wasn’t going to change anything. It was more important for her to love her family and know that we would be ok and prepared when the time comes. She told me to be happy and take care of myself when she was gone and to keep God first in all that I do. Right there and then those words stung. I didn’t say it out loud but I was not feeling the “keep God first!” But I kept to my promise and spent as much time with her as I could and I stopped judging. Mom was the one fighting for her life. She was fighting her way on her own terms. I was fighting to hold on to her and she was fighting to prepare me to let go. Mom explained to me how she felt when she lost my Grandmother and that she understood what I was feeling. That’s why she was trying so hard to help me understand. She said she would get to see her Mom again one day and that I would get to see her too when she leaves this life but I had to keep the faith.

This book is an inspirational story about a mother and daughter’s spiritual journey on letting go when the mother’s life is threatened twice by an incurable disease—when breast cancer strikes not once, but twice! This is a passionate and touching story that explains the ups, downs, fear, anxiety, denial, withdrawal, and acceptance of losing a loved one. It will leave you with solace and peace on how to deal with the stress and uncomfortable situation knowing that there will come a time to say goodbye to a loved one! A mother’s love is shown through her unwavering faith and strength while battling her sickness to help prepare her family to continue living after she’s gone, and it is powerful! She puts her family first! The daughter shares her emotional and heartfelt moments that were bittersweet as she remembers the last years of her mother’s life!

Arronda Mosley grew up in Ellendale, Delaware and has enjoyed a career as a Marketing Professional. She found a love for communication early on and enjoys reading, writing, watching movies, listening to Gospel/R&B music, traveling to beaches, attending church and spending time with family! Arronda is married to Terrence Mosley and resides in South Florida. Together they have seven children and five grandchildren. Arronda also has an upcoming Blog/Podcast called A Candid Convo were she will engage with caring and compassionate people discussing “when life happens” topics that will help us all to heal!