The Christian Man and Pornography

Why Most Fail but Can Succeed 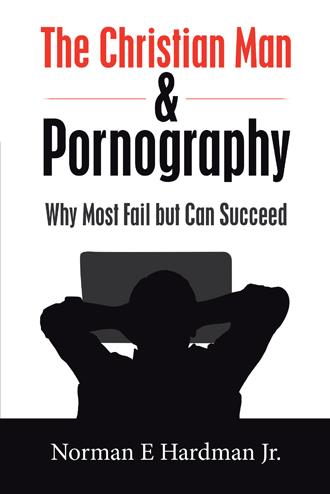 Many men depend on their performance in the bedroom to validate themselves. You may have perfected your craft, and are out there slaying women left and right. Yet, that is not good enough. I want to challenge you to go and conquer something else. Don’t use sex as a means to cover up your insecurities. Sex has become a comfort zone, and now it is time to grow beyond that place. God has so many things for you to go and conquer, but you are stuck doing what you have always done, not allowing yourself to reach your true potential. The man you were meant to be is able to commit to one woman, demonstrate self-control, and dominate the world around him. However, you will never meet that man until you start giving up your current life for this new life. The road to your new life takes courage, as well as the desire for something new. Too often we hear that change comes after being sick and tired of being sick and tired. This is not always true, and it was not in my case. There were many times that I felt the extreme sorrow of sexual addiction while participating in sexual activity. The issue was not that I didn’t want to be free; the issue was that I did not know how to break free. The addiction was psychologically stronger than my will power to overcome it. Addiction does not fight fair, and it is relentless. It consistently attacks your mind with thoughts, and your body with urges, until you are no longer able to resist. I remember talking with a friend who also dealt with sexual addiction. He reached out to me for prayer and accountability. He described his fight as torment; some nights he could not sleep because the urges were so strong, and the stress brought him to tears. His tears were not a sign of weakness; he was a religious man, trying his best to please God, and he could not understand why it was so difficult to keep himself under control. I have come to believe that a great majority of people cannot use will power alone to conquer sexual addiction. The older I become, the more I notice that all types of men struggle with sexual addiction: young men, old men, white men, black men, gay men, straight men, pastors, politicians, hood men, distinguished men, rich men, and poor men. No able-bodied man is exempt; this is, in one way or another, every man’s fight. It is time for us to learn how to fight against it.

This book was written with a high level of transparency to help you better connect your own experiences to the author's story. Sex and pornography are taboo subjects that need to be discussed more often, especially in religious and social groups. The aim of this book is to set the stage for these types of conversations to take place, and encourage men to go beyond what they once believed was impossible. As you are encouraged by this book, share your story with someone else, and encourage them to make the same investment in this book. Take part in the initiative to spread this message to men accross the world.

Norman, born in Columbus, is a native of Southwest Georgia. He is the youngest of seven children in a blended family, who share a common love for God and music. Norman is a graduate of Columbus State University, and Troy University where he earned a Bachelor’s Degree in Music Education and an MBA respectively. Norman is a pastor’s kid twice over, and he plans to continue the legacy of ministry started by his mother, The Late Dr. Ann L. Hardman, and father, Dr. Norman Hardman Sr. After serving six years in the banking industry, Norman became a fulltime outreach minister and entrepreneur to better serve the needs of his community. Norman seeks to help others by introducing information and resources that help them take control of their lives.