A Limey at Gettysburg

The Adventures of an Englishman during the American Civil War 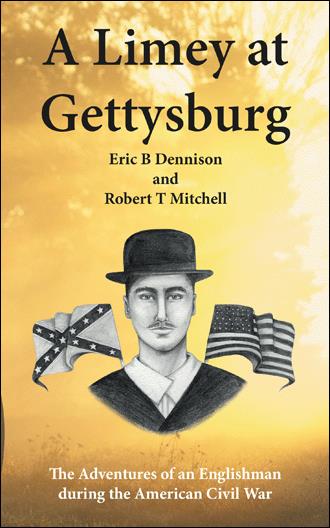 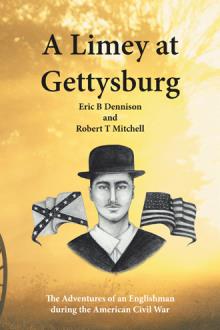 A Limey at Gettysburg
Eric B Dennison & Robert T Mitchell
£11.95

Firth Brown, a trainee reporter for a provincial Manchester newspaper in Victorian England, is sent without warning to America, to cover the burgeoning civil war. He leaves behind his fiancée and a settled life for a new adventure. This story, based around true events in the American Civil War, tells a tale of intrigue, mistrust and love, in which Firth sees the conflict from both sides and which changes his destiny forever.

ERIC DENNISON BIOGRAPHY Eric Bruce Dennison was born in Charlton, South East London, on 4th January, 1927. He was educated in a Brighton boarding school until evacuated during World War II to one in Berkhamsted in Hertfordshire where he joined the Officers Training Corps. Following conscription in 1945 into the RAF and then the Navy, he was commissioned into the Royal Army Service Corps in 1946. He was promoted to captain, and served, mostly in Egypt, until 1948. Eric married Brenda Elspeth in 1954. His first son was named Bruce, and Craig followed in1961. Eric’s wife sadly passed away in 1995. Eric semi-retired in 1990 to focus on his property interests and varied hobbies including painting, sculpture, bowls and croquet. He was also a liveryman in the Worshipful Company of Basketmakers, and a Mason. Eric wrote articles for various magazines before the first publication of A Limey in Gettysburg, in 2008. He died on 23rd September, 2009, having lived life to the full. ROBERT MITCHELL BIOGRAPHY Robert was born in London in 1962, the son of a policeman. He met Eric Dennison’s son Craig at school in 1974 when they were 12 years old and they have remained firm friends ever since. Rob left school at 15, started an office job and then went to college to do Business Studies, all of which he found incredibly boring. He had always had a strong interest in aircraft and so he joined the RAF in 1980 as an electronics engineer, specialising in airborne radar. He served for nine years, three of which were in Germany. After a bad accident in 1989 which left him in severe chronic pain, he was forced to stop work in 1993. His health having gradually improved, he returned to work in 2015 as a van driver. His assortment of other jobs includes: courier, restaurant dish-washer, double-glazing fabricator, washing machine engineer and motorcycle riding instructor. When Eric sadly died in 2009, Rob was pleased to be asked by Craig to complete his unfinished novel.