Demon of the Flowers 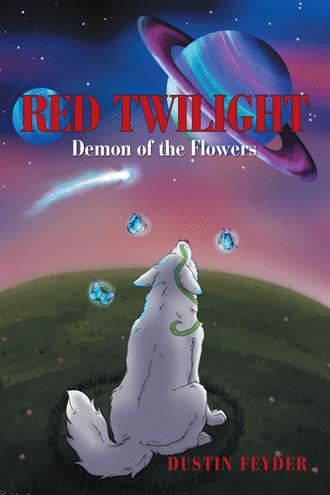 Terror runs across Hetatsubachi’s face as he looks around confused by the changes to the land. The air is still, the breathing of the party being the only sound for miles. Their footsteps echo like thunder. Hetatsubachi knows where he is, he knows the way home. The wolf turns to run, dashing off into the wilderness, only treetops guiding the way. Fear fills the wolfs heart, he calls on his arcana to quicken his step, flames roll off the wolfs body living a trail of embers for his friends to follow. Jessica looks up to the sky, she reaches into on pocket and pulls out a silver coin. Jessica throws the coin out in front of her, it hits the ground and sinks leaving behind a pit 20’ deep and 20’ wide. She whispers to herself “Chaos protect us.” Vita looks at Jessica and the hole in the ground unclear about what has happened “what was that?” Jessica shakes her head “five grams of silver, nothing more.” Ami walks over to the coin; she lowers her head picking it up in her teeth to return to Jessica “But how?” Ami request. Jessica points up to the sunless, moonless, sky “this planet is dead, sinking into the cosmic furnace. The water alone is allowing this world to keep its shape as gravity is rapidly rising.” Vita looks at the coin as Ami hands it back “Gravity is changing, how, when?” Jessica turns to looks in the direction Tatsu has run “days, maybe only hours. But once the sun turned black, it wouldn’t matter how much time has passed. No sun, no life. Once the light of the star faded, everything here died all at once.” Ami asks “why are we alive?” “We are being protected by Soles-Chaos.” Hetatsubachi runs hard; he runs until he can smell his home underfoot. Tatsu shouts “Ashley!” he holds up his ears waiting, he shouts again “Ashley!” he sniffs the air, he knows he is home, he calls out into the night sky “Tia! Sarra! Aaron! Hon!” no one calls back. Desperate crying slowly fades into a sorrowful howl. Tatsu tips his head up howling into the silence, painfully shaking he cries time and time again waiting for any voice to call back. In time Jessica the Weaver catches up to the sorcerer of Dis. Jessica sits in the snow alongside Tatsu, Tatsu howls again, his voice becoming weak. One of Jessica’s hands finds the wolf’s back. Hetatsubachi cannot find the power to keep calling out to a dead world; he falls over sideways, his head falling into Jessica’s breast. The ancient mother wraps her arms around the demon wolf holding him like one of her own young. Tatsu mumble struggling to talk, his powerful voice crumbling away into sobbing “how long was I gone? How long? How long?” Jessica whispers “only a few weeks as we see time.” “I can fix it. I can bend time and space. I can put everything back to where it was.” Tatsu cannot seem to hold a clear thought in his mind. Jessica rubs the back of the wolf’s head to quite him, she whispers in his ear “you can.” She brings her head down to kiss him “but could you steal from yourself to feed yourself?” The mighty wolf turns his eyes up to the motherly mouse, his eyes red and swollen from sadness. “explain.” He requests Both hands find the back of the wolf’s head as she hushes him, she shakes the wolf and hums calmingly “All realities are equally real, every you that you can imagine is or has been in some corner of spacetime. Somewhere in the Cosmos, there is a you that stayed here; maybe you died alongside your family, maybe you and your family escaped. The shadows of space cast a reflection on time. There is a world that looks just like this, where you are right now with Ashley and your puppies. I can take you there, let you see them. But you dare not touch them. for they will be a shadow to you just as you are a shadow to them, the most dangers thing that a Worldwalker can do is touch himself from another time.” Tatsu chokes on his words as he whispers to Jessica “I need to see.” Jessica turns to wind carrying the wolf away with her as she steps into the timestream she brings Tatsu to a world that is the dream of his home he thought he would be returning to, A cruel trick of the gods. 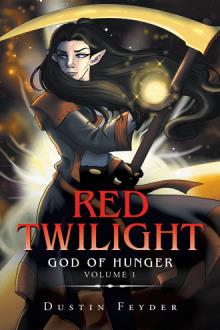 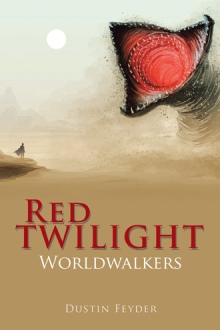 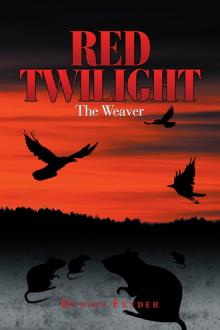 Award-winning author Dustin Feyder is back with the fifth book in the Red Twilight saga, where monsters can be beautiful.The Cosmos are in tatters, Heaven has been torn apart, world after world falls to the God of Hunger. The rules of time-space become unbalanced. Hetatsubachi Una races across the endless ocean of ice, filled with hunger and lust, the Demon of the Flowers ask one simple question “Is the hunt still on?” Joined by Jessica the Weaver, Hetatsubachi will jump from world to world hunting the servants of Cravixs in hopes to slow his attack on reality as the days before the end of the all things tick down to their final hours.

I am a; card flipping, dice throwing, nerd. I always have been. I love heavy metal, I frequent electronics conventions and have done some traveling. I have been a writer since I was very young, I have a philosophy degree and a GPA of 3.5. I am to my core a weaver of tales and to that end, I am always looking for a start to a new story. Many of the people and events in this and my other stories are drawn from my favored pastime D&D