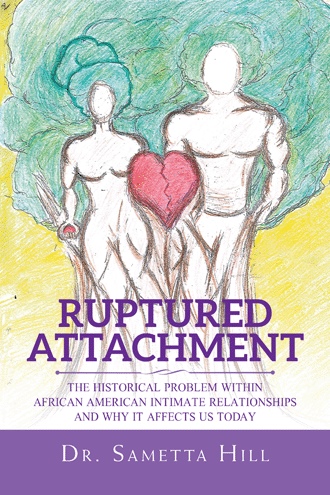 Marriage during Slavery During the slavery period there were several ways the slave master constructed marriages and families to perpetuate the disruption of the family and the ability of the men, women and children to attach and bond. Practices implemented such as the Niggar Marriage (plantation marriage); Sale and Relocation of families; Abroad Marriages and Biological Alienation. Marriage on the plantation was manufactured, it was not a civil union where to individuals and/or families decided that this man and woman should be married. To control the attachment and bond to one another the slave master determined who married; their living arrangement and their sexual interactions. Plantation Marriage. Plantation marriages also known as Niggar Marriages were determined by the slave master. The sole purpose for allowing two slaves to marry was to ensure the creation of the same type of strong slave. Slave masters wanted strong male and female slaves to ensure good economics. Lynch (1712) describes the practice of the niggar marriage as follows: “We breed two nigger males with two nigger females. Then we take the nigger males away from them and keep them moving and working. Say one nigger female bears a nigger female and the other bears a nigger male. Both nigger females being without influence of the nigger male image, frozen with an independent psychology, will raise their offspring into reverse positions. The one with the female offspring will teach her to be like herself, independent and negotiable (we negotiate with her, through her, by her, we negotiate her at will). The one with the nigger male offspring, she being frozen with a subconscious fear for his life, will raise him to be mentally dependent and weak, but physically strong, in other words, body over mind. Now in a few years when these two offspring's become fertile for early reproduction we will mate and breed them and continue the cycle. That is good, sound, and long range comprehensive planning.” In the passage above marriage is between two random male slaves and two random female slaves. Although labeled as “Niggar Marriage” what is being performed is breeding. During that time the Bible was used to brainwash the mind of the slave. According to the Bible when two people came together and had sex they were considered to be married. This practice was anything but…after sex many slaves never saw each other again due to working on different plantations. Next, the passage explains that once the two slaves have sexual intercourse the males are taken away kept moving and working to eliminate any attachment or bonding that could occur. Slaves were not allowed to have love relationships. They could be severely punished if the slave-owner found out two slaves where romantically interested in one another. ~Frederick Douglass~ “Aunt Hester went out one night, -- where or for what I do not know, -- and happened to be absent when my master desired her presence. He had ordered her not to go out evenings, and warned her that she must never let him catch her in the company with a young man, who was paying attention to her, belonging to Colonel Lloyd…Aunt Hester had not only disobeyed his orders in going out, but had been found in company with Lloyd’s Ned…Before he commenced whipping Aunt Hester, he took her into the kitchen, and stripped her from neck to waist, leaving her neck, shoulders, and back, entirely naked. He then told her to cross her hands, calling her at the same time a d---b b----h. After crossing her hands, he tied them with a strong rope, and led her to a stool under a large hook in the joist, put in for the purpose. He made her get upon the stool, and tied her hands to the hook. She now stood fair for his infernal purpose. Her arms were stretched up at the full length, so that she stood upon the ends of her toes. He then said to her, “Now, you d---b b---h, I’ll learn you how to disobey my orders!” and after rolling up his sleeves, he commenced to lay on the heavy cowskin, and soon the warm, red blood (amid heart rending shrieks from her, and horrid oaths from him) cam dripping to the floor” (Andrews & Gates, 2002). The above is one account of many that slaves experienced frequently throughout slavery. Harriet Ann Jacobs, a former slave, describes a time when she dared to love another slave. In the book “Slave Narratives,” in the section called “The Lover” Harriet recounts this experience. She informs the reader that she falls for a colored carpenter who is a free man. They had known each other since childhood. He loved her and she loved him…he wanted to marry Harriet. Her slave was a free man that wanted to buy her so that he could marry her. Harriet knew that her slave master and his wife would never allow that to happen. In addition, slave laws would not allow them to marry. Harriet states that she feared Mr. Flint’s, her slave owner, punishment if he learned of her desires. If Harriet were to marry the free man he would have no power to protect her because the master’s power superseded the husbands as long as she was not a free slave. Harriet explained that whites believed that slaves did not have a right to family ties that all their attention and affection should be for their owners. Harriet states that she found the courage to tell her master that she wanted to marry this free man. Following is a recount of this conversation:

Most psychological research studies today account for the relational problems of African American heterosexual couples’ inability to stay together in terms of contemporary factors such as female-headed households, mass incarceration, racial achievement gap in academic performance, infidelity, etc. These factors are symptoms of a more foundational problem. The intergenerational traumatic impact of slavery and its aftermath (e.g., Jim Crow) is the source for these couples’ inability to stay together. This book will be restricted to historical traumas originating under slavery. The practices implemented during slavery disrupted bonding and secure attachment between adult heterosexual couples. A deeper psychohistorical understanding of this intergenerational disruption will help us understand current issues among African American men and women. The book will move beyond individual and couple dyad perspective and bring family system concepts to bear in understanding the transgenerational transmission of trauma and its contemporary manifestations in intimate relationships. The purpose is to answer this question: What are the psychohistorical effects of psychological slavery on attachment and trust in the intimate relationship among African American men and women? This book will utilize sociological and psychological theories drawn from functionalism, neofunctionalism, attachment theory, family systems, and other relevant literatures to develop a psychohistorical analysis of relational problems of heterosexual African American couples today having transgenerational roots in slavery. Attachment theory will be used to explain attachment and trust ruptures in contemporary intimate relationships and their psychohistorical roots. Emotionally focused therapy is the suggested treatment approach that may help the couple repair attachment ruptures.

Sametta E. Hill lives in Minneapolis, MN with her family. She holds a doctoral degree from Argosy University in Marriage and Family Therapy. She has worked in the Department of Human Services for over 14 years, serving children, adolescents, adults and families in the areas of economic assistance, child protection and juvenile corrections. She has an article published in the Psychohistory News titled Psychic Slavery and Trust in African American Intimate Relationships. She is the author of Ruptured Attachment, The historical problem within African American intimate relationships and why it affects us today. Her passion is to bring awareness to the historical pain that African Americans continue to embody and to help African Americans heal from hurts experienced throughout history that continue to affect the family bond and structure.