The Adventures of Wilderness Pond 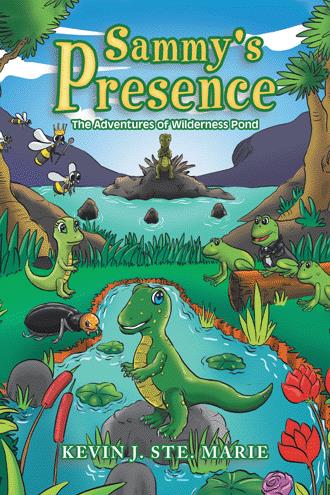 You never know what positive experiences tomorrow will bring. In the wilderness, there is always much to learn. New adventures are around every tree and trail just waiting to explore. The animals and flowers from the very magical Wilderness Pond had no idea such a day could take place until it happened. Sammy was a young lizard who grew up in Wilderness Pond. He was brought into the Pond at an early age. He was taken in by a great many animals and flowers that grew there. Sammy was initially found weak floating in a stream about three miles from the great Wilderness Pond. He washed up one morning, as some of the Pond's animals were gathering berries. Many animals were shocked and excited but also scared because they knew Sammy needed help. The animals showed concern, wondering if his lizard family may be searching for him. Taking a glance at Sammy, the animals felt safe. As they slowly pulled him from the water, little Sammy coughed and started to open his eyes. His eyes were golden brown and yellow-colored. His body was gecko green, and on his face were what a human would call freckles. The Pond's animals slowly pulled Sammy from the nearby stream. He was then slowly carried into Wilderness Pond, and everyone gathered in curiosity. There were smiles to see a newcomer to Wilderness Pond. However, when they saw him with such inner light, they felt agony and pain for his hurt. The Pond's animals realized he might have been abandoned. He was also feverishly ill. They made arrangements for little Sammy to stay in the lilies of a healing pond nearby. There was plenty of water and food there for a quick recovery. Days went by, and the Pond's animals could see he was growing with strength. However, it seemed inside of his eyes that something was missing. A meeting about little Sammy had started at the Pond meeting room, Pond Hall. There, Mayor Frog spoke and showed great concern. The animals shared this interest and gave him significant attention, for he was the wisest frog of the Pond. He had seen many battles as an elder and many hardships, which the animals felt he had a strong sense of things to come. 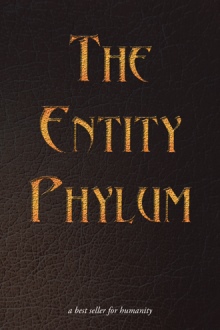 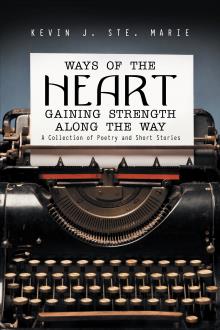 Ways of the Heart Gaining Strength Along the Way
Kevin J. Ste. Marie
£14.95

Sammy's Presence, The Adventures of Wilderness Pond, is the story of a young lizard named Sammy on a great journey to find Master Lizarius. On the way, he loses the understanding of his mission, and through the help of the Pond's animals, he finds the strength to grow again. He meets many on his journey and learns even more about himself. Sammy becomes a leader and learns how to help Wilderness Pond just as its people helped him. Learn about the many twists and turns that Sammy takes to become a master. View More at www.sammyspresence.com

Kevin J. Ste. Marie is the creator of Kaptography, an Author of 22 years, and Commercial Photographer currently living in the Southwestern Louisiana area. Sammy's Presence was the first book originally written by Kevin J. Ste. Marie, in 1998. The story of Sammy has a close revelation to his life. In 2018 Kevin published a 20-year work of Poetry, and Short Stories called Ways of the Heart Gaining Strength Along The Way. Sammy's Presence was written during this time.