The Saving Heritage for Awareness 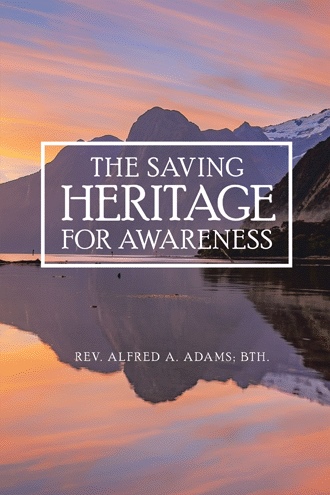 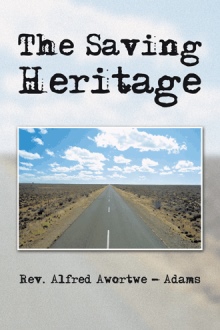 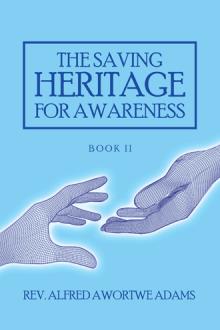 This book will help married couples in their journey of marriage. You can also find topics like Understanding Fasting, Salvation, prayer, baptism, the Lord’s Super and many more, for both Christian believers and even unbelievers. This book can also be used as an important study material for bible classes both matured believers and beginners. It can also be used at seminary and colleges of theology. It gives answers to some simple questions people ask about God, the Bible, life and gives a deeper understanding in bible study on those topics found in the book. This book will emphatically increase your faith and help you to know who God is.

I was born in the twin city of Sekondi-Takoradi in Ghana, to a Muslim father and a Christian mother. My father’s family will not allow him to marry a woman of different faith, so out of love for him she converted to Islam. Several years into the marriage and seven children, my mother went back to Christ. Her decision did not sit well with my father, so they parted ways. I worked as a payroll clerk at the State Construction Corporation in Takoradi, after graduating from Secondary School at Takoradi. My dream was to be an engineer seafarer, so I sought a degree in Internal Combustion Engines at Takoradi Polytechnic, now a university. A month after graduation, I was hired as Engine Cadet internship with Black Star Line (BSL), a national shipping Company. During the course of my internship with BSL, news of the largest fishing company in West Africa was offering full scholarships to recent Engine Cadets who were willing to attend Ghana Nautical College. It was during our time that the school was converted to Regional Maritime Academy University. The company registered all the students for entrance test and upon successfully passing the test, I was selected, then after graduation worked for the company as a Second Engineer. In 1977 a friend of mine introduced me to Buddhism, at that time it made a lot of sense to me since I was a science student so I converted. With the title of Acting Chief Engineer with this giant fishing company, an opportunity to work for a state own construction company in Libya as Preventive Maintenance Engineer was presented to me in Ghana. I accepted and worked in Libya on two years contract, then moved to Italy with my family. While in Italy I was still practicing Buddhism, and I thought of Christianity as the religion of time wasting and saw Christians as unproductive, because they spend more time praying than work. Some Christian friends of mine invited me to their respective churches, but I turned them down. I had the notion that I knew it all, and that Christ could do nothing for me because I imagined Him equally like me, since He was also born. One morning in 1996, my wife told me she had dreamed that Jesus was standing by the entrance of our apartment. I brushed her off and went about my business. Two weeks after, my wife and I heard my youngest son screening, we rushed to his room and he told us he saw Jesus. I could not understand why was He targeting my family. The following Sunday my wife and my kids decided to go to church for the first time ever. Funny enough I dropped them off, but did not enter inside the church. That Sunday night I also had a dream where I saw the Throne of the Lord with multitude of angels worshiping the Lord. I continued to drop off my family every Sunday. This went on for months, until one Sunday I found myself standing in front of the church congregation where I accepted Christ as my lord and personal savior and began to see the power in His name. I became a committed member of the church, and through my commitment the Lord elevated me to the eldership roll, then years later I was ordained as a pastor having attended and completed diploma course at the Church bible school. In the year 2000, I was transferred to the USA to replant the Bronx assemble. While doing so, I obtained my bachelor’s degree in Theology from the Southern University College of Theology. When I became a Christian I devoted myself to reading the Bible and understanding the message it’s giving to Christians. I noticed that many people including some Christians have abandoned their godly responsibility because they do not know who He is. I began to pray to God for three years, and the Lord inspired me to write this book, “THE SAVING HERITAGE.” I was ushered by the Spirit of God, a year after publishing the book to revise this book to unveil the mystery in God by the Holy Spirit and whoever reads this book reads the hidden secret of the spirit, Entitled “THE SAVING HERITAGE FOR AWARENESS.”