James Gettys and the Founding of Gettysburg 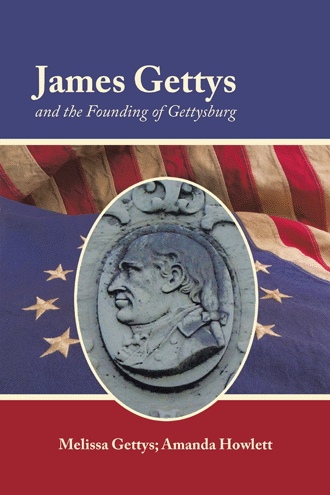 Though not always a well known fact, Pennsylvania had its own Minute-Men, too. By February of 1776, the number of British troops had multiplied, forcing Pennsylvania's Assembly to officially form armed units for the protection of the Commonwealth and contribution to General Washington's Continental Army. These troops were formed from the best marksmen in Pennsylvania and called the Pennsylvania Riflemen. This is where James Gettys began his official service to the Commonwealth and the Country.

This second edition by Gettys and Howlett reveals new research on James Gettys’s role as a Pennsylvania rifleman serving under George Washington in the Battle of Brooklyn during the American Revolutionary War. James and other local men went missing in action, and they were captured by the British following the harrowing battle. In addition, James’s father, Samuel Gettys, was severely disabled during the Revolutionary War. Later in 1802, James Gettys was court-martialed as a result of his militia troops’ refusal to abide by his orders. Ultimately, Gettys remained in the Pennsylvania militia and became a brigadier general. Both businessman and civil servant, James donated endless properties to the town, the county, and his heirs. He served both the town and the state, holding positions ranging from sheriff to state representative. And as an original founder of both the borough and the bank, Gettys worked up until the day he died with spirit and dedication to the town he knew and loved—Gettysburg, Pennsylvania.