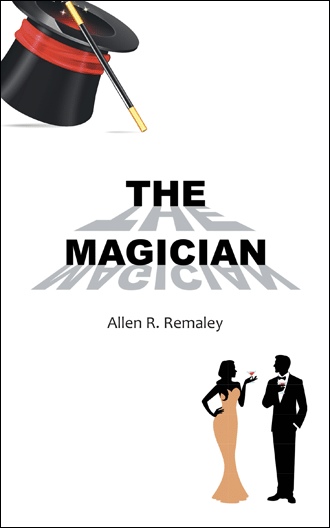 In any invasive surgery, there is always a chance that unforetold or unforeseen consequences might occur. Infections, missteps, and incompetent procedures due to lack of focus sometimes result in less than desired results and even death. But, in one case, an open-heart repair of the aortic valve results in a phenomenon unheard of in modern times---a man receives the gift of being able to channel things and people from the past to present time. A college professor who thought that he was close to death suddenly realizes that he is more alive than ever and that his ability to conjure up the past allows him to find love, security, happiness and adventure. The gift offered him during a life-saving operation makes him, Jack Riddle, The Magician.

Allen R. Remaley has written ten other books and numerous articles for professional journals. Writing, along with playing the banjo, taking out his frustrations on the pickle ball courts, enjoying his family and taking pride in his country keeps him obsessed with life. He is a former United States Marine and spent thirty-seven years teaching in secondary school and college. He holds a doctorate in French and in the Teaching of Foreign Languages, and he can make mistakes in four languages still spoken in the world. He lives with his wife of fifty-seven years in Saratoga Springs, New York and in Scottsdale, Arizona.