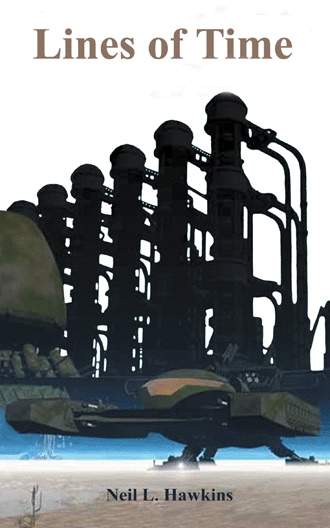 Returning to the farmhouse, Elena set her package down on the step of the kitchen entryway, and then stood still and listened. Except for the intermittent song from a lone bluebird sitting on the fence bordering the field surrounding the barn, all was deathly quiet. And then the bird flew off. The air was still. Everything seemed eerie. Sensing something was wrong, she felt a tingling on the back of her neck. She cocked her head, listening. She thought she should hear Neil rustling around somewhere in the house, singing the crazy song he always sang when he thought he was alone. But there wasn’t a sound anywhere. She took hold of the doorknob, and a cold chill ran up her spine. The door was locked. She stepped away from the entryway and again stood still and listened. And then, making her way around the house, she looked in all directions, even into the woods behind the house. But she saw no one and heard nothing. Returning to the kitchen entryway, she flipped over an old flower pot next to the stoop, hoping the extra key Neil had placed there long ago was still there. It was. She unlocked the door, and then picked up her package and entered the kitchen. “Neil, are you here?” she called. “Neil?” Even before she called his name she sensed there would be no answer. All her almost-forgotten experiences as a Syxtorn resistance fighter during the Hislar war sprang alert throughout her body. Something was very wrong. But she had no idea what.

In this sequel to The Book in the Loft series, Captain Varkon and the crew of Explorer must travel into the unknown to locate two missing crew members. Knowing only that they are in one of many different timelines, Captain Varkon’s journey takes him in and out of parallel universes, where he learns of his own death and of his doppelganger’s request for assistance to end an interplanetary war.

A native of Poughkeepsie, New York, he attended Augustana College (Rock Island, Illinois) and the University of Stockholm (Stockholm, Sweden), later receiving a BA degree from the University of Minnesota and an MS degree from Peabody Teachers College (Nashville, Tennessee). Since the age of five, when he “saw” Earth and the other planets from space in all their detail―twelve years before Sputnik―he has been intrigued and fascinated with flights of reality and fantasy. It was said he had an out-of-body flight of the soul or a wild dream. But what he described then was identical to what now has only been “seen” by the Hubble Telescope. Later, his flights of reality were realized during a distinguished career as an air force officer, and his flights of fantasy became reality when he spent thirteen years in “another world,” Russia, where he taught English at two technical institutes. After his marriage to a wonderful Russian woman, he combined their two different worlds with his imagination in stories that took them both through time and space to other worlds. He and his wife now reside on this world in their home on the shore of the mighty River Volga.