Jumping Off the Devil’s Shovel 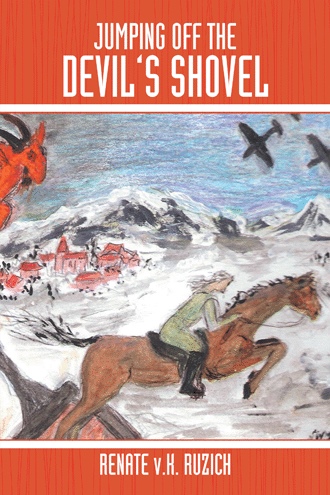 Some moonlight lets us see enough to keep going and we rest only in short spurts. I am afraid to go to sleep. There now seems to be an even greater ruthlessness on the roads. The horses pulling the wagons are like skeletons. How they have kept going this far is a miracle. They are staggering along slowly, often on bleeding feet wrapped and tied with rags. Many have shoulders and withers rubbed into raw, open wounds that are padded with anything soft available. The sight of my fit and healthy mare causes nasty remarks and the threat of her being taken from me is constant. The people also look like skeletons. They drag themselves along like walking dead. I see no small children. Have they all died or are some still in the wagons? It is an eerie sight how quietly this great mass of people moves along. There is no banter or calling back and forth, but only angry curses, at the slightest provocation, and calls to urge the horses on. Early one day we see, two Soviet fighter planes suddenly appear out of nowhere. With fear we watch them. Suddenly they dive and come in low over the road. Even though the horses are half dead, this sudden screaming roar almost starts a panic. Even Tasha becomes afraid, and although I am riding well off the road in a field, she is clearly affected by this wave of fear. Just when we think that the planes are leaving, they bank sharply and dive right into the face of the column of refugees along the road. At just above tree level they open fire with their machine guns. Then they turn around and strafe the road again. Wagging their wings in a mock salute, they disappear. It is over in a few minutes. Hell has come and gone before anyone could even give a warning. What they leave behind is a pure bloodbath. Dead and dying people and horses cover the road everywhere, their screams going on and on. The mare and I were spared because we were so far off the road, but it takes all my strength to hold her. For the first time on this journey she is rearing and trying to run. Never have I heard horses scream in pain. When I finally have her back under control, she is shaking like a leaf. I have a difficult time turning her toward the road. I try not to fall apart seeing this immense carnage. Maybe I can help. Close to where I come to the roadside I see a man standing there by his wagon. He has only one arm, probably a veteran. His two horses are on the ground, heavily wounded. On the wagon seat his wife is slumped over dead. He stands there as if frozen. Tears are streaming down his craggy face as he looks at the remnants of his life. Slowly he removes his wool cap and reaches down and strokes each horse’s face. With his good right arm he pulls a pistol from his coat and calmly shoots the two horses in the forehead to end their misery. I want to call out to him but am paralyzed with horror. I can only watch as he walks with wooden steps to the wagon and climbs up to sit beside his wife. Lovingly he places the stump of his arm around her onto his shoulder, leaning her against him and then with great precision lifts the pistol to his head and pulls the trigger. In horror and panic I turn and let Tasha run. I am almost blinded with tears. There is nothing I can do back there. How can this happen? This is not war; this is pure and simple slaughter. Soon the ground gets too soft and she slows down. We walk on and on in a daze. Soon the sounds of horror fade and Tasha is so tired that she almost stumbles from exhaustion. I have no more tears left. I have no idea where we are or how far we have come. The only certainty is that somewhere ahead, to the north, is the coastline. Somewhere we join a road that ends at the beach. We spend the night in the lee of a small holiday house and fall asleep from exhaustion and without any food. The next morning I’m surprised to be alive. Moving on, we find a farmstead with hay for Tasha, and I seem to keep going just to keep moving. Later in the day we meet some troops, and their gift of some bread and sugar brings back some physical strength. Riding along these beaches reminds me of all those refugees who drowned in these cold waters, just when they thought they had finally found the way to freedom. I think not only of those in the Frische Haff, who broke through the ice, but also of those on the Red Cross ship Gustloff and on her sister-ships coming from Koenigsberg and filled with thousands of refugees. They were clearly marked with the Red Cross and were on their way to the western harbors on the Baltic Sea. They were torpedoed near Danzig by Soviet submarines and only a small number of people survived. Taking stock of my situation, I am thankful that I’m alive, that I have my Tasha, and I hope that, in a few days, I will, hopefully, meet up with my family - if they are still there. 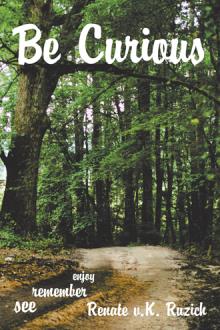 In early January of 1945, the horror of the Eastern Front inched ever closer to the estate of Stollen, East Prussia. The regional governor refused to allow soldiers and civilians to evacuate as the Soviet Army approached, and orders were given to "shoot on sight" those found fleeing the approaching terror. It was not until January 22 that evacuation was allowed.

Renate von Kuenheim and her brother Gert held hands as they stood in the barns of their ancestral home in Stollen. The thunder of artillery shells echoed in the distance, and fear gave way to resignation. Calmly, they discussed the best ways to die, a common topic among those who had heard the horror stories of the refugees from the east. Their father had been drafted into the army in 1944 and was out there to the east somewhere – alive or dead, they did not know. Their fate was now in the hands of a stepmother who despised them. As head of the estate, she was tasked with making decisions for their family and the twenty-three families serving the estate. Their stepmother resolutely refused to leave until, on January 23, nobody was there to take her call at the local Nazi headquarters.

Renate von Kuenheim's terrifying flight westward began the next day. Separated from her family and their villagers by the scheming of her stepmother, the beautiful seventeen-year-old Renate was left alone, with only her horse Tasha, the clothes on her back, a knife, and the pistol her father had taught her to shoot with. Her remarkable flight toward freedom lays before the reader, tales of the horrors of war, the strength of the human spirit and the love that can grow between a horse and master. It is a true story many readers may find unbelievable.

In Germany, there is a saying that one who cheats death, either through luck or resourcefulness, has jumped off the devil's shovel. Renate Ruzich is such a woman.

Renate grew up as the daughter in an aristocratic family in East Prussia, Germany, on an estate that had been in her family for five hundred years. In 1945, at the age of eighteen, she had to join millions of refugees trying to flee from the approaching Soviet Army. Separated from her family two days into their flight, she had only her horse as companion as she struggled westward. During that brutal winter, Renate experienced horrors, deprivations, and looked the devil in the eye many times. In a sea of cruelty, she also witnessed flashes of humanity that gave her the hope she needed to persevere.

Mrs. Ruzich did more than just survive the hell of war; she built a new life in the ashes of the old. She even found the love of her life, Rudy, with whom on a clear, sunny morning in 1953, she steamed past the Statue of Liberty into New York's harbor.

Renate Ruzich continues to thwart the devil to this day. She has survived a broken back after being thrown from a horse; has beaten kidney, colon, and skin cancer; and has persevered after the loss of her beloved Rudy. Most recently, she survived an automobile accident at the age of eighty-seven.

Today Renate lives a quiet life near her beloved Blue Ridge Mountains in Orange, Virginia. She just celebrated her ninetieth birthday. She decided to tell her story that those who have been spared the horrors of war will understand its consequences.