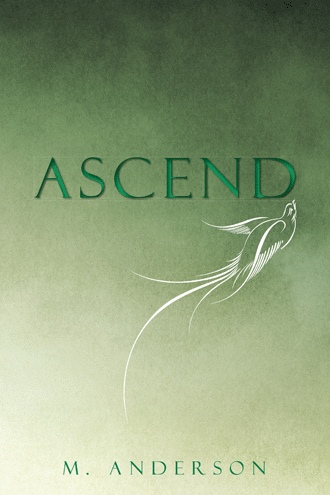 My wings shudder and I fight to keep my eyes from flashing white and slipping into mutatio. Slipping into my Ancient instincts. I’ll need a refill of BK12 soon. The reason why Irenesav, the secret Avian government, is wanting so desperately to have me all to itself. Jarvis, the sleek doctor slash evil model, is the primary director of me, for all I can tell at the moment. I mean, when they found out a kid popped up an Avian out of the blue, they kind of went nuts. Especially because being an Avian is hereditary, yet none of my parents or any other family that I know of is an Avian, let alone an Ancient; a puzzle that even I’m still confounded by. And don’t even get me started on how on earth I am going to keep them from finding that out, let alone get home. In my whole month and a half of being an Avian, and almost half of that practically being on the run, I barely knew about the Ancient part of me. Thiele did, and only then because he is one as well. However, for the rest of the Avian population, Ancients are myths, fantastic legends of them in their previous glory. If not for Thiele, both I and the secret of Ancients would be long lost to Irenesav. It was particularly confusing at first though, first he was called Cauldron, staging as Paul’s ‘uncle’ in an effort to assimilate me into Irenesav, then revealed as a betrayer by Jarvis as well as Caldron’s name really turning out to be Thiele. But really Paul and Jason had been planning to break away to help me stay safe by finding refuge with the hidden group of rebels, Verus, which housed Paul’s long lost grandfather. When I was kidnapped for what seems like the thousandth time- this time by my roommate for goodness sake, who turned out to be a love-mad psychopathic wacko- who knew, right?- he finally revealed to me the truth. Thiele is an Ancient working undercover, his mission primarily to keep me safe. So when I announced my intent to destroy Irenesav, he had little choice to say anything but yes. Even though I know Thiele’s quietly sabotaging them himself, he had expressed his concern for me to get involved. And sure, for a normal seventeen-year-old girl to face something like this, he’s totally right, but the thing is, this war isn’t only about me getting my life back- It’s more than that. Irenesav wasn’t always evil. Hundreds of years ago, it was formed in an effort to safeguard Avians everywhere from the curiosity of humans and indirect- and more often than not- direct harm from them. From what few books I’ve been able to get my hands on, I’ve learned that it was a time of prosperity and peace. But Irenesav grew greedy; they divided the Avian society. The élites- the privileged- emerged. They were those who were loyal to Irenesav and the corruption it now stands for. Finally, the rest of the Avians rebelled, as was well within their rights. And perhaps in another century they would have been successful- they held the majority over Irenesav and the elite. But not in the twentieth century… not with the weapons, biochemical and smoking steel, so easily accessible... It was a massacre. It was the Revision. Even hearing about the bloodshed now, fifteen years later, still makes me shudder. Irenesav covered it up with a mass epidemic. Families murdered for two years straight, the children brought up in the government’s watchful eye, demanded to live to their raised standards. Officially known as Group Two’s to Irenesav. But to everyone else: changelings. Paul, Jason, Lucy, Ollie, and Travis- all their parents held out under the guise of élites. And Ollie and Travis… well, now Ollie, Travis, their parents, and Paul’s parents are permanently gone. Thiele unfortunately was naïve in his act of accidentally bringing Paul’s parent’s doom. Nevertheless, it was an especially tough thing for Paul to live with, without understanding while Irenesav punished them both by forcing Thiele, of course, to act as Paul’s ‘uncle’ on mission. Now children are scarce, an even mix of élites and Group Two’s for the first time. The Avian population is a third of what it was, with an overwhelming majority of young adults, fifteen to twenty-one, the ones deemed impressionable enough to be spared. Thiele confirmed to me that it’s one of the boarding schools, surging with changelings and élite teens, where we’re being sent now. W. S. Academy. I’m not sure what to expect. Is Irenesav sending all of the élite children here now? Do they know who they really are? And if not, could I convince them? But how? Kidnapping, speaking from experience, is extremely rude not to mention extremely distrusting and so far out of my pool of resources that it’s in a desert some continent over. So therefore out of the question. Yet the questions stubbornly persist. More importantly, what is that overwhelming majority capable of? Helping or hurting our cause? 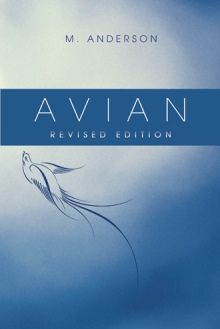 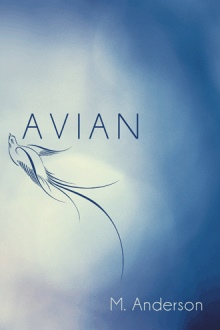 A lot has happened since Megan found out that she’s an Avian, an Antiquus, to be exact. After being tracked down by Irenesav, the corrupt Avian government, Megan was shipped off to one of Irenesav’s strict boarding schools against her will. Although Megan is thankful she is not alone—Jason and Paul are there with her—dealing with these guys can get complicated. Just outside the sphere of Irenesav’s influence, rebellion boils precariously close to the surface. Verus, the organization of Avians who have been in hiding since Irenesav’s near successful attempt to wipe out the rebellious society, is working harder than ever to weaken the corrupt government. As Megan, Jason, and Paul transition into life at WS Academy—full of violence, brainwashing, and secrets — they find themselves working with Verus, their allies, to take down Irenesav once and for all. After all, what better way to sabotage Irenesav than from the inside?

M. Anderson is originally from the northwest suburbs of Chicago. Currently, she is attending Calvin College, a liberal arts school in Michigan. She is planning on graduating in the spring of 2019. You are likely to find M. Anderson devouring a book or creating art, whether it be painting constellations or making clay mugs. She also enjoys running, eating dark chocolate, dancing in public, and laughing with her sisters. Anderson is an avid adventurer who finds great joy climbing mountains, going on late-night treks with friends, and living vibrantly. Ascend is her second novel. Like M. Anderson on Facebook and find her on Twitter and Snapchat @morganander2.