No Place to Call Home

My Life as a Palestinian Refugee 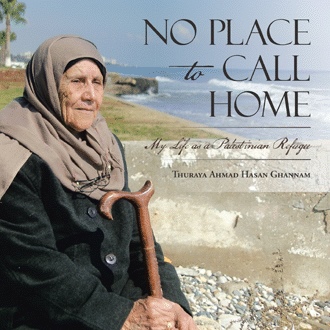 Living in Iraq became very difficult for us. We then realized that we were being subjected to a planned and managed eradication by this lack of stability and security. So our life changed into a hell. There were no ordinary living standards available such as electricity, water, or sewer systems. Diseases spread all over the city. Finally, there was no other choice except to depart from Iraq for another country. We were full of sorrow that no other Arab country would accept us, except of course, for the desert and the tents. The second migration of the rest of my family started when the Iraqi Palestinians tried to reach the first Asylum for Refugees -- Ruwaished Asylum. This camp on the border with Jordan had been established in 2003. This camp was established after a struggle with the Jordanian Government when they refused to let us be in their land, stating a political pretext. At the time, the Government used its military forces to stop Palestinians from entering Jordan. This camp was supervised by the UK, and continued for four years. Some other countries received Palestinians, like Canada, Brazil and Chile. I lived in Al-Ruwaished Camp for about two months. I left it due to the worst circumstances, desert life in my old age. So I decided to go back to Baghdad, Iraq. Difficulties faced us, barriers stopped us, life got crowded with our families, when killing and random abductions increased. All those events pushed my son, Thaer Abdallah, with a group of Palestinian families, to leave Iraq forever in 2005 for Syria, accompanied by an American Christian Human Rights Organization called 'CPT', Christian Peacemaker Teams. I did not accompany him, deciding to continue daily life in Baghdad. After a long and arduous effort, they reached the borders of Syria, where the first camp was set up. It was called Al-Tanf Camp. At first, the Syrian government refused to accept them because they had Palestinian travel documents issued in Iraq. They stayed on the borders of Syria about forty days pending the Syrian government’s decision. Although they had nothing but the cold, they spent most of their days rejoicing in a way that we had all lost for many years. They really met the challenges head on. In addition, during that time, my son, Thaer fell in love with an American woman named Sheila, who was a member of the CPT. They fell in love in the desert. After many trials, including years of separation and my son Thaer’s imprisonment for his human rights work, he finally got a visa and they were married in the USA. They now live there with their son, Yusef, who was born in 2011. I continued living in Baghdad until 2006, but as a result of the lack of security, and the crowded conditions in the housing projects, I and other Palestinians made the decision to find a safe destination by leaving Iraq forever. We got illegal passports, and planned our escape. Some of us left for Syria, and I was one of them. Some departed to Jordan. Some others left for Europe illegally by sea. I arrived in Syria in 2006 with an illegal Iraqi passport. My daughter Hanan was residing in Syria and took care of me while I lived there. During my time in Syria, I had three surgeries. I was happy to have my daughter by my side. Also, while in Syria I remember human rights activist Cathy Breen from New York came to visit me. Cathy Breen advocates for Iraqi and Palestinian refugees and spoke to UNHCR on my behalf. I lived in Syria for five years. During this time all my sons left me to live in other countries. They are Amer, Thamer, Thaer, and Tariq. I stayed in Syria with a broken heart every time I thought of them. My eyes were full of tears for their departure. In 2009 I made my decision to go to Al-Tanaf Camp, which was between Syria and Iraq. This camp was looked after by the United States Office for Refugee Affairs. It was my hope to be together with my children or to see their faces again, and to regain my great happiness with them. I lived in the camp nearly a year. Circumstances of life in the camp were very difficult owing to inadequate health care and the hot dusty atmosphere that my old age couldn't tolerate. I was cared for there by my daughter's sons, Muhammad and Tawfeeq. In the camp many things happened. There were fires, since our tents were so flammable, windstorms and heavy rain storms that caused the tents to be flooded more than once. The torrents penetrated the tents and drowned our necessities. I cleaned it all up myself. Moreover there was a prevalence of deadly insects such as snakes, and scorpions in summer, and chilling cold in winter. When I was in the camp, my daughters wanted to come and visit. I had six daughters living in Syria, Jordan, Norway, Yemen and Iraq. In order to visit me, they all met in Damascus where they got a car to be able to come to me. For us, this is a kind of obedience to one’s parents. I had been so keen to hug them, and to spend time with them. Unfortunately, the Syrian authorities wouldn’t allow them to enter the camp. They needed security approval from Damascus. I waited with patience at the border to see my daughters. Sadly, they turned back to get the required security approval. I invoked God not to prevent me from seeing my daughters before I die. I prayed, “God, I didn't see my daughters for so long.” I waited for months, day and night, for hours, in order to meet them. I spent most of the time on a rock waiting to catch sight of them. Occasionally I prepared tea and food and cleaned everywhere in the tent as every day passed by. 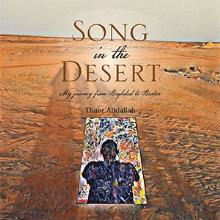 Song in the Desert
Thaer Abdallah
£15.95

A story of resilience and hope—the life of a simple Palestinian girl who survived five wars, countless refugee camps, raised thirteen children, and now shares both her suffering and wisdom.

Thuraya Ahmad Hasan Ghannam is a Palestinian woman whose story of hope and resilience spans several decades and five countries. A simple, unlettered village girl born in Haifa, she fled as a child to Iraq. From there, she raised thirteen children, endured five wars and multiple refugee camps, and finally, in her late seventies, set out to start a new life in the United States. Her son Thaer Abdallah, an artist and human rights activist, transcribed her story as she narrated it in order to preserve her courage and insights for future generations.