The Girl from Rat Row 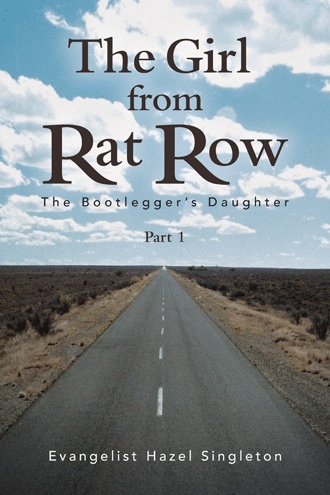 Daddy hadn’t not been sentenced to the chang-gang yet we had to take his supper up to the jail every evening because he was only fed breakfast and lunch but no supper and that was like another mouth for her to feed. I had to miss lots of days out of school to help watch after the other children and it was starting to effect my life. it was really hard on my mother watching her work hard in them white folk houses cleaning washing ironing and every other hard chore they could find to put on her for two dollars a day and having to come home each day cook for us wash for her household and tending to four small childrens and two of them is babies. It starred to show up in her dringing she would drink more each day she got home everything was taking its total on her it even made me tire just watching her and that made me not to ever want to have childrens. but as the scripture say in the book of Genesis God always has a ram in the bush. Old Mz Danny Hrime looked like a witch but she was a true friend to mama she was there for us doing the day when she was at work, and when mama got home from work she was there for her, always willing to give her a helping hand in between Sister Greta’s house working Mrs Angie Rosa house and my mama it’s a wonder she didn’t collapses from exhaultion or have a heat stroke in that hot sun from all that dringing they had made supper it was late march I recall the time because it was nearing easter and everyone was talking about the big easter egg hunt that Frist Bethel Church was giving at the ball park everyone was looking forward to it and it was coming up soon. I thanked God that Mz Danny started to taking care of the children at mama house and I was able to attend school because of the day I had missed romor was I was not going to pass from the fifth to the sixth grade. Well we was getting ready to take daddy supper up to the jail that evening we always had to be there by five o clock so mister Fonda Cabb could check it out before we would send it up to him. when we got there we went the same way we always did call out to daddy to let him know we were there with his supper but he never answered. We called several times but we got no answer. Georgie Boy started trembling with fear, he yelled “come on Haley can’t you see he ain’t here he done got out already” “Naw he ain’t” I responed, boy mama didn’t pay no money to git him out she ain’t got no money to git him out” I could feel the fear coming from his body the spit running down his thumb from sucking on it I starred to get angry with him so I told him to wait by the window while I went around the back to see if I could see or ask any body where he was. Georgia Boy had that intimidating spirit about him just like mama did and he said again he ain’ here gul don’t you go round dare knocking on them dare white folk door” He afterward took off running said he was going home. I told him You go on then I hope them dare dogs git your oh scarry self” that didn’t frieghten him about the dogs so he took off running like a plane take off the run way. I began to have the same kind of feeling in my stomach as I did the night ms George ann passed away and daddy sent me under the house to git the moon shine I stood speechless for a moment looking up at the windor where daddy usual answered us from wondering where was he? thinking yes Georgie Boy he was scare of white folk just like mama was. so I guess I must have took my braveness from daddy cause he was not scare of no white folk. strengthening myself, I went around the corner and knocked on the back door surprisingly Sarah one of kates best friend came to the door she was the sherriffs maid she greeted me politely and spoke softly Haley you come to see your daddy, you brought him supper” “Yes maaim, but I call fur him but he don’t answer” “Baby ain’t no body told yo’ll; they come in took him down to the prison early dis morning your daddy been put on the chang gang” that word chang gang again I didn’t know what it was nor what it meant but I knew it wasn’t anything good.

In rural Georgia of the 1950s, Haley, a bootlegger’s daughter, begins her journey. Raised by two uneducated parents and working in cotton fields, Haley endures abuse, alcoholism, ridicule, and most glaringly, an environment where little love is ever shown. She is introduced to a former slave, Aunt Matilda, a woman with no children of her own, who raises Haley to love the Lord in spite of their present circumstances. In the 1960s, as a seventeen-year-old with two children out of wedlock, Haley attempts to escape the harsh realities of her past, only to have them follow her to New Hampshire. Drinking and partying to ease the pain becomes a way of life for her. Haley is finally forced to begin facing her inner demons and perceiving the call of God on her life. Witness the extraordinary journey of the girl from Rat Row in this harrowing tale of overcoming the worst of one’s past to get to the best of one’s future.

Evangelist Hazel Singleton has lived an interesting life. As a girl growing up in Colquitt, Georgia, on Rat Row, she had two parents and a houseful of siblings. But within the nest, she witnessed instability, fear, uncertainty, danger, secrets, and hardships. and insecurities. She experienced incredible highs and inconceivable lows. In the end, she was able to find meaning, purpose, and solace in the Word of God, and became a messenger for Christ. Her experiences helped to shape not only this book, but her ministry for God. Today, she uses her unique story to inspire others with similar life experiences to build a relationship with Jesus Christ, forgive others, forgive the past, and help heal someone else.