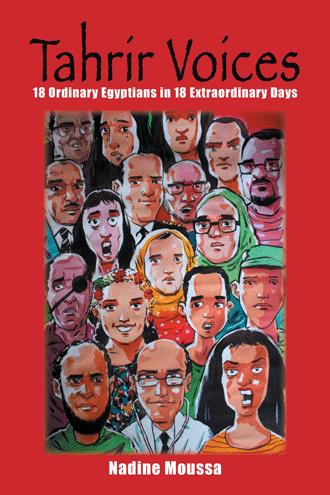 Mishap On Saturday January 29 2011 at around 2pm, Sayed decided to head back home certain that his family needed food. He knew his reliable strong wife was handling their home just as if he were present. He decided to buy some vegetables from Tawfiqia Souk en route to his home; he intended to return later to the square. Nobody was selling anything at the market so he detoured to Shoubra El Kheima where he passed many civilian checkpoints that had been set up to secure the neighborhood with the absence of the police. Vegetable sellers were selling at incredibly high prices following the basic laws of supply and demand during those uncertain times. Sayed had no choice but to pay the premium price. On 15thMay Street, Sayed noticed a large gathering, around 50 meters before the police station. Unknowing of the situation, Sayed decided to park his bike and light up a Cleopatra cigarette; he is a heavy smoker smoking at least a pack a day if not a pack and a half. One pack costs him six pounds adding up to thirty percent of his income. It is unwise. Sayed has been smoking for around twenty years and would like to stop but does not have the will. Despite, the lack of money, Egyptians always allocate money aside for their nicotine intake with many Egyptians heavy smokers. A short while later he realized that cars were passing by normally, he threw his cigarette bud in the street and turned on his macana, motorbike, to head home. He assumed the gathering were people checking on an arrested loved one. A microbus blocking his view was some forty meters before the police station. He had not moved far, when out of nowhere, a pellet bullet hit Sayed. It was around 5 p.m. Sayed will never know if it was a stray bullet or targeted. He was at the wrong place at the wrong time. Suddenly Sayed was feeling he was moving while shutting his eyes and hit a hard wall on fire. The pellet hit and entered his eye as if fire entered his eye. On reflex, Sayed placed his hand over his wounded eye and fell from his motorbike onto the street. Quickly people ran to help Sayed. People were reassuring him not to be afraid and rebuking him for passing by this dangerous street when he could have used side roads, not very constructive considering the circumstances. It appeared that the bullet hit Sayed on his forehead, with blood flowing on his face and jacket. The vegetables were scattered on the dirty asphalt and his bike dented. He was bleeding and he sensed the blood was coming from his forehead right above his eye. A Passerby gave him a wet cloth to wipe away the blood. Sayed said, “I can’t see with my eye.” Passerby said, “Don’t worry the pellet from your forehead probably caused a temporary loss of sight. You have to go to the hospital for a check up.” Egyptians are known to enjoy giving opinions on matters they really do not understand, acting as if they are charlatans, we have a word called ‘yeftou’ that describes this habit. The passerby ‘fatah’ when he reassured Sayed that his loss of sight was temporary. However, he was right in advising Sayed to go to the hospital. Another passerby asked Sayed, “Can you drive?” Sayed said, “Yes I can, thank you.” Sayed managed to get up on his feet; the passerby turned on the ignition and started the motorbike for Sayed. He rode home; unaware of what exactly happened to his body. Sayed heeded the stranger’s advice and passed by Nassr Hospital right away where a general doctor saw him and simply advised that he place ice and a cloth over his eye. (Extract from Chapter 14)

“Tarek pondered lengthily before deciding on important matters. He was very cautious and meticulously planned for the day he left to join the demonstrations. He removed all his credit cards and ATM cards from his wallet and only left his national ID, his business card and engineer’s syndicate card. He removed the keys to his parents’ home as his ID included their address and he feared someone breaking into the house if something happened to him. Rania later noticed the keys hanging on the key holder, unaware that he had removed them. Tarek left a list of important information for Rania in case of emergency, and the steps that she should take if he disappeared… Tarek clearly instructed her to contact his father, his brother and his colleague at work if police detained him. At that point, Rania was thinking of two scenarios: either he would be beaten and released like Amr Salama, or he would be beaten and imprisoned. In her mind there was no third option…” In 2011, the winds of change blew across Egypt, the region and the world. An unexpected turn of events changed the history of Egypt, the region and the world balance of power. Go back in time to the 18 days of Egypt’s epical Tahrir events, which mesmerized and inspired the globe. Re-live the Tahrir uprising through the voices of 18 ordinary Egyptians in extraordinary circumstances. Experience their moments of hope and despair, generosity and caution, turmoil and quiet, pain and joy, victory and defeat… Tahrir Voices will make you question what you know, understand and think of those momentous days and the events they catalyzed thereafter. 18 different perspectives: Which of them do you disagree with? Which of them resonate with you? Are you able to accept all the points of view? I invite you to open up different avenues of understanding and discussion of these critical events through the perspectives explored in Tahrir Voices.