Four Branches of Government in Our Founding Fathers’ Words 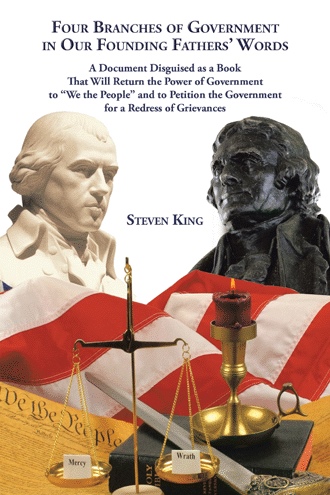 He was born to a Vietnam Air Force veteran and raised as a military brat in Fort Walton Beach, Valparaiso, and Milton, Florida. He was a scholarship member of the Pensacola Jr. College National Championship Golf Team. During his educational years, he feels blessed that a number of his teachers and professors spent their time teaching and not preaching the liberal movement. His well-rounded education allowed him many years in the Atlanta, Georgia, area as management in the automotive industry, which was his passion, high performance cars, at this point of his life. After his father's death due to cancer related to Agent Orange his passion became the studies of US government. The US government begins with the US Constitution because without this document, our government would not exist. His studies of this document are what he offers in a very unique way and expose the true history contained within the document. A history never exposed to any individual throughout the American educational system.