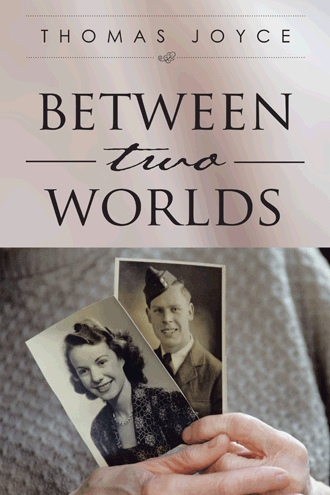 This is the second of three novels in which the central character is Karl Marbach. This story begins on the first Saturday in August of 1945, three months after the end of the war in Europe. Stephan Kaas—former SS Major Stephan Kaas—is walking the Ringstrasse, the great circular boulevard of Vienna, Austria. Vienna is a Soviet-occupied city. There are only token numbers of American, British, and French soldiers in the city, but newspapers are announcing the imminent arrival of troops from all four of the Allied countries. Soon Vienna will be divided into four occupation zones. Kaas goes to the Hotel Regina, the headquarters for the small American force in Vienna. He is confident he can find and deliver to the Americans Dr. Hans von Hassler, a prominent physicist who is also a Nazi war criminal. Kaas is confident the grateful Americans will put him on his way to a good life in the postwar world if he captures Dr. von Hassler for them. Inside the Hotel Regina, Kaas meets with Captain Millican, a young American who was a police officer before the war. For Millican, there could be trouble enlisting the services of Kaas before the Allied occupation of Vienna is formalized, but he makes the decision to send Kaas out on the hunt for Dr. von Hassler. While searching for Dr. von Hassler, Kaas learns that former Vienna police inspector Karl Marbach has just shown up in Vienna and that Marbach has brought Anna Krassny to the British army hospital. In 1938, Kaas was deeply in love with Anna. He looks forward to seeing her again, but when he visits the hospital, he finds that Anna has been badly scarred, and appalled by the scars, he resolves to never see her again. Anna and her doctor, Pamela Green, a Jewish surgeon, become close friends. Anna calls her new friend Dr. Pammy. Although she is an American, Pammy is serving in the Royal British Medical Corps because the United States military wasn’t taking women surgeons into the army in 1942, when, after her husband was killed in the Pacific, she was determined to get into military service as a surgeon. Pammy knows that Anna will never again be a great beauty, but she is determined to make her look as good as possible. The two become close friends, and the incorrigibly romantic Anna encourages Pammy to go with Karl Marbach to a black market café. In the course of things, Marbach and Pammy quickly become lovers. When Pammy teases Marbach about being a Gentile, he tells her how he hid out from the Russian Army near the end of the war by joining up with a Red Cross unit that entered Theresienstadt, the walled town turned into a ghetto by the Nazi SS. It was the place to which Jews were sent before going to extermination camps. Marbach says that in Theresienstadt, he heard a speech delivered by Rabbi Leo Baeck that had a powerful effect on him. He shows Pammy a piece of paper on which he wrote down some of Rabbi Leo Baeck’s words, and he reads them to her. The words help to bind the two lovers together. A few days later, Marbach and Kaas join forces in the hunt for Dr. von Hassler. They capture the former Nazi scientist, but Marbach gets badly wounded. For his part in the capture, Kaas is guaranteed to have a good postwar life courtesy of the Americans. In the British hospital in Vienna, Pammy finds that her unconscious lover is being tended to by Anna. The two women finally leave Marbach’s room and go off to find a hospital room they can stay in. Pammy is exhausted since she hasn’t slept in more than a day. While Pammy falls asleep in a hospital bed, Anna reads to her Rabbi Leo Baeck’s words about how to live in a world filled with man’s follies: “We stand before our God. We bow to him, and we stand upright and erect before human beings.”

Tom Joyce worked in Ohio jails and the Ohio State Penitentiary. During his military service, he took ex-Nazis to Frankfurt, Germany, for denazification proceedings. After military service, he got a PhD from Cornell University. He has taught courses in criminology and sociology to FBI agents, police officers, and college students. For many years, he has been writing, rewriting, and re-rewriting stories about a Vienna police inspector in the 1930s and 1940s. He has written three novels and has created a dozen short stories out of chapters in the novels. He is now working on novel four.