Beyond Ethnocentric Religion and Identity Politics 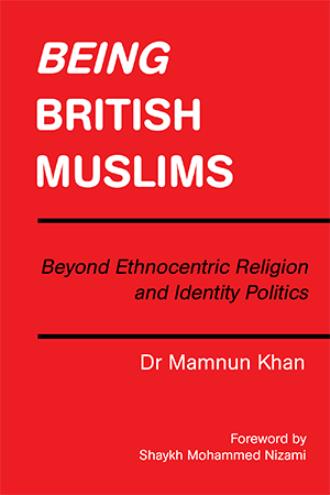 This highly thought-provoking book, packed with incisive observations and analyses on a wide range of issues facing British Muslims, offers concise yet extensive commentary on the cultural and intellectual contentions in contextualising Islam in the UK. As of 2018, roughly 50% of the UK’s Muslim population was born in the UK. With this shift comes, on one hand, the loss of “old-ways” of experiencing the world and navigating one’s place within it, and on the other hand it comes with the excitement and opportunity to make “new culture.” The questions now facing British Muslims are: “From where can British Muslims get their inspiration?” and “What should be the nature of this new culture?” These questions are becoming ever more important as the UK’s Muslim population is expected to grow from 5% to 10% by 2050. Thus, the author’s clearly presented analysis provides critical and constructive insights for readers wanting to understand how to make faith more meaningful and relevant, going from a largely immigrant ethnocentric religion and identity politics to one formed on intelligent and confident theocentric understanding. Essential reading for anyone interested in Islam and British Muslims, including policymakers, community leaders, philanthropists and activists as well as scholars and students of Islamic studies, sociology, cultural studies, politics, philosophy and identity. This is a most refreshing and indispensable overview for anyone interested in the area.

“Dr Khan rejects the shallow identity politics which assume that British Muslims must either assimilate to ‘western’ secular norms or react fanatically against them. Instead, he reminds us that all great religions demand an intelligent application of their principles to everyday life, and demonstrates how this should be done, in a series of thoughtful articles which not only offer informed judgements but encourage readers to think for themselves.” Dr Michael Sherborne, author of HG Wells: Another Kind of Life (2010).

“Mamnun is a young social analyst, founder of grassroots initiatives and writer whose collection of articles are interesting, insightful and pertinent. His ability to question received wisdom, analyse complex issues succinctly and offer possible solutions to the challenges facing British Muslims is refreshing and admirable. Recommended reading.” Muhammad Mojlum Khan F.R.A.S., author of bestselling The Muslim 100 (2008), The Muslim Heritage of Bengal (2013) and Great Muslims of the West (2017).

“This collection of thoughts, observations and meditations provides a welcome perspective to the ongoing crystallisation of religiously-inspired thinking in Britain … it is in the spirit of communal deliberation and intellectual enquiry that this anthology constructively demonstrates how we might proceed.” Shaykh Muhammad Nizami, British born Islamic scholar and political theorist.

“Islam in the UK is at a fork in the road. At the end of one turn is weakness, irrelevance and eventual disappearance. At the other end is confidence, prosperity and illumination. Dr Mamnun’s timely series of short essays boldly and effectively makes the case for the latter. May this work inspire positive action in those who are concerned by our current predicament and long for a return to godliness, guidance and harmony.” Iqbal Nasim, Chief Executive, National Zakat Foundation.

Mamnun Khan completed his undergraduate degree in Biochemistry from Imperial College London, and subsequently gained a PhD in Molecular Immunology from Cambridge University. In recent years, Mamnun has advised a number of UK organisations on projects and strategy, as well as founding grassroots initiatives. His passion is to bring critical insight and thought leadership in advocating contextualised Islam and making the British Muslim experience God-centred. For ongoing exploration and research papers visit www.beingbritishmuslims.com.