The Coming of Freedom 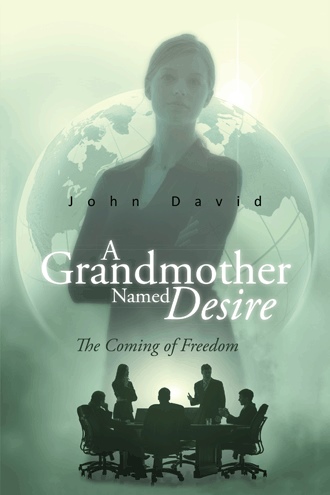 “Welcome to Earth,” the President responded carefully - slowly because she was willing her voice to stay steady. As the first female President she had been determined to prove herself against whatever challenges lay ahead. She had already surmounted the insurmountable by even becoming President of the United States, riding waves of disenchantment with previous Presidents. She had accepted the risks in negotiating with hostile political forces, and not only inside America - too many gloomy pundits were predicting that the spreading terror threats and proliferating regional conflicts could coalesce into global religious war. A readiness to engage with ‘other cultures’ had been a central plank in not only her campaign but her entire political career. She recalled, once or twice in early speeches, not merely referring to ‘other cultures’ but to ‘alien cultures’ – before ditching the word ‘alien’ for fear of giving offence. But she had never envisaged negotiating with literal ‘alien cultures’, and without even the solace of a State Department briefing document. The only way this encounter came within her job description was summed up by the words “the buck stops here”. But the buck had stopped on her watch. She could not pass, and felt an unfamiliar wave of doubt in her ability to deal. She had advisers around her - none of whom could claim any expertise on this subject - but all discussions over the previous days had concluded that her best option in any form of First Contact scenario had to be to keep it simple and polite, and let the aliens do the talking. “I extend the warmest of greetings from the United States of America,” she kept it simple, as she initiated a dialogue that she knew would be sadistically dissected by analysts down to the smallest inflection for decades to come, “and on behalf of the United Nations of Earth. I am honoured to speak to you. May I know your name?” Another short pause followed before the mellifluous voice resumed. “If I were to translate my name literally into your language,” the voice articulated with a lilt that sounded as if it was valiantly resisting the urge to become a giggle, “my name would be GracefulGirl - and would be written as one word - so may I suggest you call me Grace? That is a name you deploy yourselves. I hope my naming pleases you.” Not the expected answer. Why treat the question as a request for her own name rather than the name of her species? “Perfectly, thank you, Grace,” the President tried again. “And may I know the name of your species, or the name of your planet of origin?” “The name we give our species translates literally into your language as human,” Grace’s voice harmonized. “The name we give our planet of origin translates literally into your language as Earth. All sentient species of our encounter name their planet from their soil or ground. The logical name for us in your language would be aliens.” The speech reverberated around the planet as innumerable fantasies dissolved into realities, but the President was determined to focus on the vital priority of how posterity would judge her words. Frantic advice was being scribbled on paper for her to read, but scribbled so hurriedly that she could hardly read it. Play for time, she was deciphering, superfluously - she was too well aware of the massive potential downsides for herself - and possibly her planet - if she got this wrong. “May I compliment you,” she articulated precisely, “on your command of the English language?” “It is civility for the outlander to learn language of resident,” came a bell-like response. “The civility belongs not to resident. May I compliment you on your language? English is the most remarkable linguistic evolution I ever study. It possess five multiple the core vocabulary possessed by my language, and amazing subtlety and variety. Many times you possess four or five words where we possess one, but your words can possess variations in meaning that defy my comprehension, although I personally possess more confusion at your ‘liquid concept’ words. You possess wealth of literature and drama in your language. Very marketable assets - I hope I phrase my speech with agreeable civility.” At least there was no problem getting the alien to talk. The President’s advisers were positively hissing at each other as they tried to analyse and assess every nuance without interrupting the historic dialogue. “I apologize,” the President grabbing eagerly at the opportunity to play for vital thinking time. “I fear the term ‘liquid concept’ is not clear to me.” “I apologize,” Grace perfectly imitated the President’s clipped intonation before unleashing a dam-bursting torrent of words that most listeners found too much to follow.

Aliens have arrived on Earth in gigantic spaceships. They look human, but they are not. They say they have come not to invade, but to trade. And to marry rich men. They will bring a New Order to Planet Earth. And a very violent New Disorder. The aliens will change not only Planet Earth, but Humanity itself. And they will marry rich men. They will bring both Freedom and Anarchy. And they will marry rich men. Are they the good guys or the bad guys? Are they the good girls or the bad girls? Read A Grandmother Named Desire, by John David, and decide for yourself. The invasion of Earth has never been more sexual.

John David was born in 1955 in the city of Portsmouth, England, graduated at Leicester University, and worked for the civil service for 34 years before leaving to concentrate on writing. He is the creator of the epic six part science-fiction series Enemies of Society.