THE CORPSES OF TIMES GENERATIONS 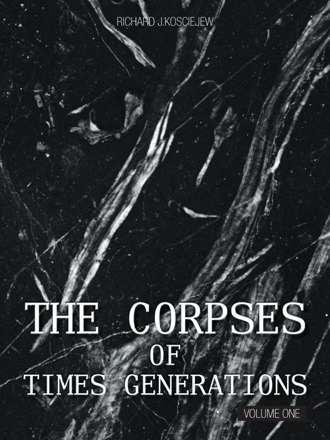 After adaptive changes and equally in the brains and bodies of hominids made it possible for modern humans to construct some symbolic universe using complex language systems, something that critics have endlessly debated over the formidable contours that have had a dramatic and wholly unprecedented occurrence. We began to perceive the world through the lenses of symbolic categories, to construct similarities and differences in terms of categorical oppositions, and to organize our lives according to themes and narratives. Living in this new symbolic universe, modern humans had a large compulsion to codify and then re-codify our experiences, to translate everything into representation, and to seek out the deeper hidden logic that eliminates inconsistencies and ambiguities. The mega-narrative or frame tale that served to legitimate and rationalize the categorical oppositions and terms of relation between the myriad number of constructs in the symbolic universe of modern humans was religion. The use of religious thought for these purposes is quite apparent in the artifacts found in the fossil remains of people living in France and Spain forty thousand years ago. These artifactual evidences that are inevitably evident to the forming or affecting part of something fundamental, of what is apparently a possibility, in that, as consisting of a developed language system and most generally, had given deliverance to the contemporaries, of an administrator or a diplomat, and/or an avid student of an intricate and complex social order. Both religious and scientific thoughts were characterized by or exhibiting the power to think. As of these analytical contemplations are the act or process of thinking that sought to frame or construct reality through origins, primary oppositions, and underlying causes. This partially explains why fundamental assumptions in the Western metaphysical tradition were eventually incorporated into a view of reality that would later be called scientific. The history of scientific thought reveals that the dialogue between assumptions about the character of spiritual reality in ordinary language and the character of physical reality in mathematical language was intimate and ongoing from the early Greek philosophers to the first scientific revolution in the seventeenth-century. Nevertheless, this dialogue did not conclude, as many have argued, with the emergence of positivism in the eighteenth and nineteenth centuries. It was perpetuated in a disguised form in the hidden ontology of classical epistemology-the central issue in the Bohr-Einstein debate. The appending presumption that sometimes that is taken for granted as fact, however, its decisions are based on the fundamental principles whose assumptions are based on or upon the nature of which were presented the surmise contained of the one-to-one correspondence having to exist between every element of physical reality and physical theory, this may serve to bridge the gap between mind and world for those who use physical theories. But it also suggests that the Cartesian division is inseparably integrated and structurally real, least of mention, as impregnably formidable for physical reality as it is based on ordinary language, that explains in no small part why the radical separation between mind and world sanctioned by classical physics and formalized by Descartes remains, as philosophical postmodernism attests, one of the most pervasive features of Western intellectual life. The history of science reveals that scientific knowledge and method did not spring from a fully-bloomed blossom for which the minds of the ancient Greeks did any more than language and culture emerged fully formed in the minds of Homo sapiens sapient. Scientific knowledge is an extension of ordinary language into greater levels of abstraction and precision through reliance upon geometric and numerical relationships. We speculate that the seeds of the scientific imagination were planted in ancient Greece, as opposed to Chinese or Babylonian culture, partly because the social, political, and an economic climate in Greece was more open to the pursuit of knowledge with marginal cultural utility. Another important factor was that the special character of Homeric religion allowed the Greeks to invent a conceptual framework that would prove useful in future scientific investigation. However, it was only after the inherent perceptivity that Greek philosophy was wedded to some essential features of Judeo-Christian beliefs about the origin of the cosmos that the paradigm for classical physics emerged.

Anyone who has ever tried to present a rather abstract scientific subject in a popular manner knows the great difficulties of such an attempt. Either he succeeds in being intelligible by concealing the core of the problem and by offering to the reader only superficial aspects or vague allusions, thus of deluding the reader by arousing in him the deceptive illusion of comprehension; Or else he gives an expert account of the problem, but as the untrained reader is unable to follow the exposition and becomes discouraged from reading any further. If these two categories are omitted from today’s popular scientific literature, surprisingly little remains. But the little left is very valuable indeed. It is very important that the public is given an opportunity to experience-consciously and intelligently-the efforts and results of scientific research. It is not sufficient that each successive progression is taken up, elaborated, and applied by a few specialists in the field. Restricting the body of knowledge to a small group deadens the philosophical spirit of these people and leads to spiritual poverty. ‘THE CORPSES OF TIMES GENERATIONS’ represents a valuable contribution to popular scientific writing. The main ideas to Theory are extremely well presented. Moreover, the presents state of our knowledge in which the paradigms of science are aptly characterized. Mr. Kosciejew shows how the criterial growth of our factual knowledge, with the striving for a unified conception comprising all empirical data, has led to the present situation which is characterized -despite all successes by an uncertainty concerning the choice of the basic theoretical concept.

Perhaps, a life is supposed to be lived, yet, it ought to be lived as it should be.