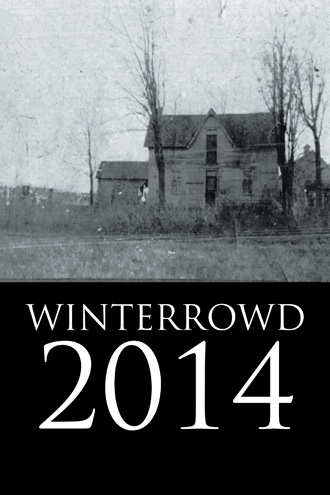 Introduction WINTERROWD 1985-2014 The Winterrowd family came alive when Vern Carpenter put together our first Winterrowd Genealogy book (1987). The reading of the first book makes you aware of how our Winterrowd family progressed from Germany to America….it tells a story of our ancestors who committed their lives to hard work…. put…. God first, then family and served their community by being trustworthy, honest, obedient, loyal, generous, brave, kind, helpful, peaceful and loving. Their spirit in which they owned land along the Rhine river in towns named Worms, Manheim, Ludwigshaven, West Germany… leaving Germany, to travel to America on the Pleasant ship that carried them across the Atlantic ocean to America, giving them freedoms they did not have. Those few who came to the American English Colonies, did so of their own free will. Philladelphia authorities have one such family registered as Johan Caspar Wenderoth who was born 12-11-1705 in Bammental, West Germany near Heidelberg West Germany, married 1-16-1732 in Meckescheim, Germany to Margaretha Strep. They emigrated to Philadelphia PA., arrived 9-30-1732. They settled near New Holland, PA a few miles east of Lancaster PA., a colony subject to the Crown of Great Britain in hopes & expectations of finding a retreat & peaceable Settlement therein. They signed an agreement with the Crown of Great Britain. They then went to New London, Pa. for two years. They lived near their home town friends (from Germany) in this community. They had to have a remarkable stamina, fortitude and a willingness to live in completely primitive surroundings. There was no towns close, only a few widely scattered Indian villages. There were no roads that would permit vehicle traffic. There were only trails established ages ago by wild animals and Indians. The Log cabins were built around a huge fireplace of mud, sticks and stones which was their first real home. These families joined together to build their cabins to live in, with every skill they had learned in Germany. Casper and Margaretha were very devout, active members of the Evangelical Reformed Church of Frederick Maryland which is where they lived (year 1747). This church was also where the children went to school. They were buried in the cemetery, which is now under the present church. Margaretha died 1772 and Casper Winderoth died in 1777. Casper Winderoth was a successful farmer and at the age of 48 had money to invest, also a family to raise. It held good evidence that Caspar and Margaretha Winderoth were successful and prosperous. They brought forth a new generation of top quality citizens – progenitors. This is just a glimpse of our Legacy as Winterrowds. I can only hope we as Winterrowds of this 20th century can say we are growing generations of good citizens. By Granddaughter of M.F. and May Winterrowd Bev Decker

My family of Winterrowds of the past and these 20th century Winterrowds, will fill you up with love and a desire to be apart of their forever revealing characteristics as you converse and watch them in action. Thank you Millard Filmore Winterrowd.

I am a retired Early childhood educator,wife, mother and grandmother. I have 3 grown adult children and eight grandchildren, six girls, two boys my husband. My life interest have changed over the years and my mothers genealogy became my life's passion the past 5 years. I have discovered who my ancestors are, how their lives have changed me and my knowledge of where I fit into the Winterrowd family. MF Winterrowd, my grandfather changed my life for ever. With that said my ancestores were strong, honest, caring, a wonderful sense of humor, whit and a strong faith. Their warmth and love is felt today!