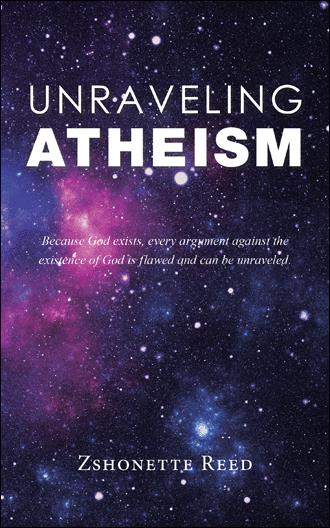 About Proof I candidly admit that man cannot prove the existence or non-existence of God. But that position is not akin to agnosticism. I am simply acknowledging the problem inherent in providing the type of proof that would be necessary to satisfy the requirements of those who do not believe in God. To people who will only believe what they can perceive by means of the physical senses, nothing short of seeing, hearing, smelling, touching, or tasting God will suffice. But God is spirit. Spirit leaves behind no footprints, fingerprints or DNA, no shadow, no scent, no sound. Thus, God’s existence cannot be discerned by the physical senses or by the physical sciences, i.e., by empirical evidence. Such evidence can be used to support the conclusion that God does indeed exist, but God himself, being a Spirit, cannot be physically examined. The physical senses have a limitation. It is readily accepted that there are matters beyond the capacity of the physical senses to perceive. Science has discovered various means to aid the physical senses, such as microscopes, infrared and sonic imaging, satellites, etc., but even the extent of those enhanced perceptions are limited. There is a huge gulf between matter and spirit. No physical scientific apparatus will ever reach across that gap. God is on the other side of that gap and He assures us that, in the future, we will see Him face to face, but for now we can only perceive Him by faith. About Faith Faith has been defined by atheists as ‘believing without evidence.’ And while there are certainly religious people who believe things for which there is no evidence, the above definition is incomplete and actually describes “blind faith.” There is another side of faith – a superior faith, a faith stimulated and enhanced by empirical evidence. It is the type of faith Jesus encouraged when he said to ‘keep on asking, seeking and knocking’ (Matthew 7:7-8) for answers. And it is what the Apostle Peter described when he said: “For this reason make every effort to add virtue to your faith; and to your virtue, knowledge; and to your knowledge, self-control; and to your self-control, patient endurance; and to your patient endurance, godliness; and to your godliness, brotherly kindness; and to your brotherly kindness, love.” 2 Peter 1:5-7 Accordingly, faith should not be discounted as fanciful nor set aside as the antithesis of knowledge. Faith can and does co-exist and even thrive right alongside knowledge, reason, logic and validated evidence. Exercising faith opens the door to previously unanticipated potentials. It makes room for unconsidered possibilities. Exercising faith can lead to knowledge and understanding in the same way that ‘thought experiments’ can lead to knowledge and understanding. In fact, many scientific achievements have been realized by first using thought experiments. Faith is more than assured belief. Faith is one of our spiritual senses. When we go beyond belief and enter into the realm of faith, we can perceive by our faith the thing that we seek. Those who have experienced faith perception know what I mean. For those who have not, no explanation could suffice. It’s like trying to describe color to a person who was blind from birth. Perhaps in time, science may discover a new energy source that could explain the power potential of faith. But for now, we are relatively certain that without the application of faith, empirical evidence alone will not conclusively prove God’s existence. About Perspective In gaining an understanding of facts and evidence, perspective is important. Conclusions that may have been formed from one perspective can be the exact opposite when viewed from another perspective. In fact, a believer and an unbeliever can look at the same evidence and each reach opposite conclusions about the reality of God. Interestingly, the possibility of disparate conclusions based on the same set of facts is itself evidence favoring the reality of God. For whence comes the ability to perceive differently? If our world is a product of automation, how would we have different perspectives? But that is a subject for another book. For now, let me illustrate the importance of perspective: In your mind’s eye, conjure up a picture of a sweaty, filthy, snarling hulk of a man standing, legs spread, with a huge piece of timber in his upraised hand, breathing hate and animosity as he looks fiercely just ahead. You might conclude that this man is a violent, hateful, uncivilized brute. Without additional facts, who could fault you? But now enlarge the picture. In front of him crouches a tiger, and behind him, a woman and two children. Immediately, you recognize that such a picture stands for much that is fine and noble in the human race. But the man is the same in both pictures. Only, in the second picture are you favored with a widened horizon and you can now discern not only the reality of the situation, but also the motivation of this man. What was once evil and uncivilized instantly becomes dignified and praiseworthy. The second conclusion is the exact opposite of what was once believed, yet it is the more accurate one, and one that can evoke a compassionate and understanding response from you. Thus, I propose that conclusions against the reality of God are based on a limited perspective or a limited window of evidence, and that if one widens his perspective to allow in more evidence, the conclusions will significantly change. I further propose that a change in conclusions may activate faith which will enable former non-believers to “see” or perceive God. 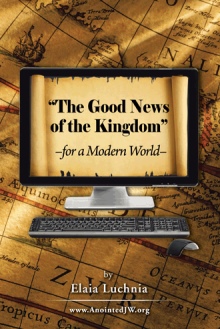 The Good News of the Kingdom for a Modern World
Elaia Luchnia
£11.11

Unraveling Atheism is primarily for the believing community to give them a transcendent vision so that science and atheism pose no threat to their faith. It exposes the fundamental arguments of atheism as weak and deceptive and not founded on true science. And it does so in a way that is easily understandable to, and explainable by, the lay believer. While it is a quick and simple read, it is packed with wisdom and sound reasoning. The book clearly shows that there is no real conflict between true religion and true science. Both are studies of the same phenomenon – one, a study of the personality of God, and the other, a study of the works and power of God. This book also appeals to the fair-minded agnostic who has questions that need satisfactory answers. Many of those answers are found in this book.

Zshonette Reed is a real estate attorney and a proponent of religious freedom. She, along with her ministry partners, consult with and advise believers all over the world in their online ministries, TheFaithSonsofGod.org, AnointedJW.org, and TheChristExperiment.org. Ms. Reed has dedicated her life to the pursuit of truth and to the opportunity to reveal what she discovers to others. In her ministry, she came in contact with several individuals who once associated with a religion, but became disillusioned and lost faith, not only in religion, but also in God. In an effort to reach out to those individuals to help them restore their faith, she examined closely the arguments of atheism that seemed to most persuade these former believers. She discovered that those arguments are deeply flawed at the root and are nothing more than facades and misstatements of facts. In this book, she reveals her findings which destroy the pillars of atheism, while maintaining unassailed true science and true religion.