Book One: The Realm 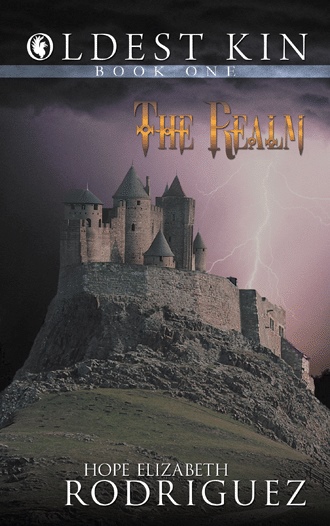 "Pa," Aaron said, as he stopped to rest a moment, "why do the Enemy dislike us so much? Why are we always having problems with them?" "Because they are an ignorant, superstitious race," Jovan sighed. "They hate us because they don't understand us. It's always easier to hate than to try to work at understanding and acceptance." “But what is it they don't understand?" "Us, as I said. Who we are. What we are. Our shape-changing abilities. The Enemy considers us to be less than human because of our abilities to assume animal characteristics. An ability they don't have and – if the truth be known - they are probably very envious of." Aaron considered this for a moment and then asked, "But has it always been this way? How did all of this hatred begin?” “Why are you asking me this, Aaron? Don’t you remember what the Temple Dwellers taught you?” “Well, yes,” Aaron answered, thinking about the time he spent in the knowledge classes at the Great Temple. All young boys of the Realm were required to attend the classes beginning at age eight. All boys – regardless of rank or social status - were required to attend the same classes. It was in that knowledge class that Aaron met Jacob and their life-long friendship began. “Ser Yanus and Ser Yulu taught us the things from the Old Book – The Book of the Oldest Kin.” Ser Yanus was the most ancient of the Temple Dwellers and he and his assistant, Ser Yulu were in charge of the instruction of the youngest boys. “And what did the Old Book tell you?” “That at the Beginning of Time, the ancestors of the People of the Realm came from a sea far to the west and the Human Kind came from a sea far to the east and that when the two peoples met in the midst of a great land there was a terrible battle which the Human Kind won. Then they enslaved the surviving People and kept them as slaves for many, many years. Then the ruler of the Human Kind at the time – the Empress Zora, who was also a very wicked witch - cast a very strong spell on the People giving them the shape-changing abilities. She had thought that the animal-like characteristics would make the People better slaves. Instead, it made us stronger and more eager to be free. Eventually, there was a revolt and we gained our freedom, escaped and formed our own nation under King Baldrick I who is also known as Baldrick the Great. And ever since then, the Human Kind have despised us and have tried over and over to recapture us and make us slaves again.”

Aaron and Jacob - young Knights of The Realm - and their countrymen are engaged in a courageous fight against their ancient enemy: the soldiers and magicians of the Human Kind led by the Mad Emperor, Prince Henry. Aaron and Jacob - like all of the inhabitants of The Realm - possess the ability to morph into animal forms, giving them special powers. These young soldiers need all of the skills and cunning they can muster to combat their powerful foe and the forces of magic and evil. Oldest Kin: Book One - The Realm chronicles the chivalrous and romantic adventures of these brave young Knights.

Hope Elizabeth Rodriguez is a native Texan and a recent high school graduate. She plans to attend college and pursue a career in music. Her interests are music, writing, fantasy games and animals. Hope has written numerous short stories but this is her first novel.