"The Way Life Used To Be" 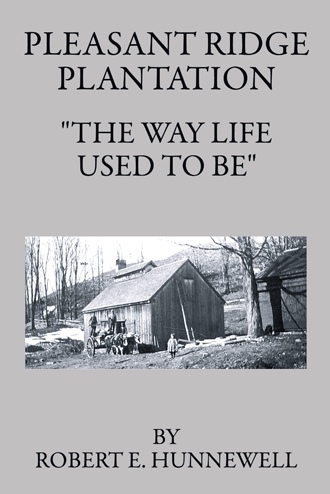 53 Years Later On Aug 25, 1994, there was a meeting of three people that had not gotten together for 53 years. This was a surprise to all and started by a telephone call that I received from a lady in New Jersey who called asking if there was still a Carry Pond Camps and could anyone get to it now. The first part of the conversation was her stating that her Grandfather (Ernest Steele) used to own The Carry Pond Camps. As I was working there in the late 1930’s and early 1940’s, I recognized who she was and said, “Ginger where have you been for the last 50 years”. Her answer was “what do you mean calling me Ginger as no one except my Grandmother and Grandfather called me that”. I replied “ well, that is the only name I knew you by in those days”. Of course she asked me who I was. It was a shock to us both to find out that it was a coincident that one call could get 2 people that had not had any communication for so many years to be able to speak to each other so quickly being so far apart. She was only 13 years old at the time she used to come to stay with her grandparents each summer and I was driving the buckboard that was used to transport the mail and supplies as well as guests into the camp daily. At that time there was a post office at the camp and during the summer from the 4th of July through Labor Day there was a full house of guests at the camp, usually from 45 to 50 people and there was also another girl whose parents came each year for 2 weeks.

This book gives you an insight on how the Hunnewell ancestors obtained their land and includes families who used to own land on “The Ridge” before Central Maine Power built Wyman Dam. There are funny stories about the people in the area, a chance to follow the “old road” that is now under Wyman Lake and the road built after Wyman Dam was completed.

The Hunnewell ancestors migrated to Pleasant Ridge Plantation when it was known as “Carrytunk also known as Carratunk”. Our ancestors bought land from William Bingham’s “million acre tract” when Maine was still part of Massachusetts. The Hunnewell family is one of many families on Pleasant Ridge Plantation that went through the flooding of the Kennebec River to build the hydro dam. There were many farms that were burned, families had to move to new areas and there were a few of us that owned enough land to rebuilt a new house on land our ancestors refused to sell. Many of us still have no electric power, but we enjoy the life of Pleasant Ridge Plantation. Progress has to go on, we all know this and we all live with this.