William Morton ( a.k.a Williamstein ) - A Journey to Freedom 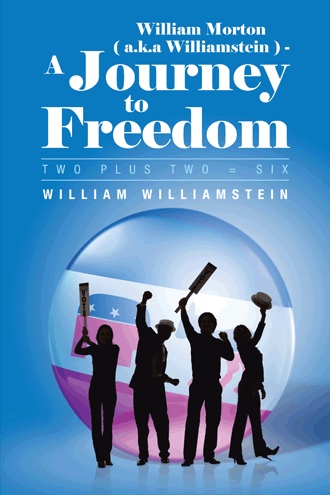 The essence of this book is to show how the town that William lives in, got him sectioned in 1989, simply for writing a couple of harmless letters. He asserts that when a female Muslim constituent stabbed her political representative in London, she was never given such draconian treatment, nor afforded any respect whatsoever when he was a well educated graduate. He goes on to add that continually hassled by a local criminal and his associates, something that he did everything humanly possible to avoid, by contacting doctors, social workers, the police, the chief executive of the council, he was one day seriously assaulted. An attempt at murder of to maim. The town stood by as he became ill, as he could not comprehend how someone who assaulted him could not be viewed as a danger to himself and to others. The police stood by, and amazingly those very same police officers were involved in his demise in 1997 for more draconian treatment. He adds that if he had not been ILLEGALLY removed in1989, he would never have suffered again in 1997, as the sheer awesome terror he suffered by brutal psychiatric staff, left him so fearful of standing up for himself, that he was unable to defend himself later in life. His psyche simply collapsed from the sheer terror of it all. Americans may like to know also how he, as a science graduate was denied lucrative employment in 1992 in a then booming world of computers. Politicians state that people need to get educated. William is living proof of just how the system works. He has been deprived of every freedom commensurate with the west, such as sex, children, cars, and the right to own your own home. The book spells it out as it is in 1984 Britain today, where accommodation is racketed. And for those that know nobody, get left to rot.

William Morton wrote a book called Two plus Two = Five, about how the visionary author George Orwell, with his book 1984, proved to be a true vision of Great Britain developed by Margaret Thatcher. He also wrote about how the well educated graduate gets treated by employers. Today, he is actively learning French, with a dream one day to live in France. He also is involved in many projects such as getting some songs recorded in a mixing studio, and setting up a business called ASTROTEX. He has written a play for radio, called The Trial, about how the 'expert witness' defence will always deprive those who seek justice from the mistakes of the Pharmaceutical giants, as was the case with the victims of Thalidomide, a tragedy of untold proporions. William has never ever once conceded to the diagnosis that he has been 'labelled' as having. He has in the past used the European Court of Human rights, as an avenue to the freedom that he deserves. He has been prevented from working in computers, and has also passed a civil service aptitude test. He has passes in five languages.