by Susan A. Chadwick 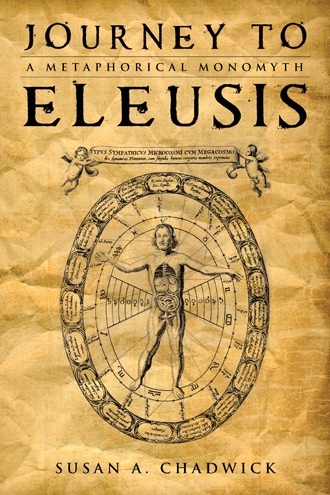 THE STRANGER, a folk tale . . .if that common mind which—as one divines—runs through all, is not, as with us, broken into a dozen minds that know nothing of each other, something even of what is most subtle in these verses will have come, in a few generations, to the beggar on the roads. . .one understands at every moment that he is so abundant, so spontaneous, so daring in his passion, so full of surprise, because he is doing something which has never seemed strange, unnatural, or in need of defence. W. B. Yeats, on Rabindranath Tagore’s poetry, 1913. Oh how many unknown things You made known to me, In how many places You found room for me. What was distant, Friend, You brought near, The stranger You made my brother. Rabindranath Tagore, Gitanjali 3 Once upon a time, a very long time ago, I met a strange man as I sojourned in the largest and most magnificent city of the realm--a shining city of silver spires, jade and ivory temples, rich treasuries of untold wealth, home to poets, philosophers, painters, sculptors, seers, scientists, alchemists and sages. Atop the highest ledge of this renowned city of kings and princes, on the banks of a wide dark river feeding into the northern ocean, stunning shining twin cathedrals rose above the clouds, reaching into the fog, nearly to the ether, mirroring each other through the mist by day, reflecting golden shafts of sunlight, star beams and moon dust by night. The twin spires elegantly extended almost to heaven crowned in glorious reflecting mirrored walls, wreathed in filigreed copper and silver twines, and were revered by the people of the realm who worshipped the gods and made sacrifices to the twin temples each day. I was an itinerant storyteller and student of alchemy by night, learning the art and craft of the mystical runa by day, and was exhausted and world weary trying to make sense of this city of frenetic energy, avarice, arrogance, ruthlessness and noise. I lived in a small cottage near the dark river's edge, but was seldom there with my night and day work and studies, telling stories to anyone who would listen for a moment, hoping my fairytales would catch some rich person's fancy long enough for them to throw a few coins on my red silk scarf. For those who fancied an ancient rune reading (though I was still such an amateur at interpreting the dark green bloodstones, with their silvery etched glyphs of an ancient language I was just beginning to learn), I spread my red silk casting cloth and opened my black velvet bag of runa. Occasionally some traveler would stop and ask for his oracle to be read - or one for his lady, perhaps. But no one was buying my oracular divination or stories enough to keep the fire lit in my cold little one-roomed cottage by the river, so I taught myself to feel small, to need nothing, and curl into an old worn silver spoon I kept in my woolen socks. I'd forgotten where I found the spoon. It was a very old silver spoon, burnished with age and use to a soft glow; the family name, Levi, was etched in curling script across its broad flat handle. It was a simple design, and, no doubt, had once belonged to a minor merchant's family, because it was not filigreed and curlicued with expensive design. I slept with the spoon in my hands at night, to bring me ease so I might dream. I was often cold and lonely, and didn't understand why this journey had become so hard. When I'd left the world through the Gate of Compassion, wearing the sandals given me by Gwan-Yin, certain I would find joy, serenity, sunshine and old friends, I was told I'd have everything I needed along the way. But sometimes I'd come to worry that maybe fairytales aren't true at all, and I'm just a foolish woman looking for something that can't be found. I hated being so cold, I worried about how I was to pay the Titan's taxes when they came pounding on my door looking for money. I even considered making a Faustian bargain - my soul for comfort and ease. I bartered with the devil, though I doubted there really was such an evil in the world. Nonetheless, in exchange for no more worries or sorrows, tears or aloneness, I begged that harbinger of grief for mercy, and pleaded with him to have me in exchange for my soul, for eternity if need be. It was when the deal was struck, one cold dark night of my soul, I fell into a chasm from which I believed I could never escape; there was no way out - no forgiveness - a deal's a deal. I was stuck in a hopeless world, a very dark, shadowy place of confusion, noise and cobwebs, where no one loves anyone. I nearly sold the silver spoon to the highest bidder, but decided to keep it, and hid it from thieves in my stockings. I found some semi-precious baubles from my former life that had somehow escaped the Titans, and sold them to the local pawn broker, gaining enough money to not starve for several weeks. I held tight to my runa stones and wore talismans on a silver chain around my neck to remind me to keep going. I felt their weight against my heart, and defiantly would not release them to the money-changer or loan sharks who furtively roamed the streets. I also wore a nautilus pendant beneath my tunic; it was of an ancient sea creature I'd found on the sandy beaches near the northern ocean's edge.

The first story in this collection of mythical tales was written about a Stranger that Echo, the narrator, met in the ashes, smoke and remains of the fallen twin towers after 9/11. The last story, written 10 years later, is about two separate human beings, The Prisoner and The Pythia, who met on the road to Eleusis to learn to travel together. It is a mystical, ethereal and cathartic collection of tales that trace a path through the depths of human despair, self-examination and the transformational path from sorrow to peace, and beyond, to a sacred union.

Susan Chadwick was born in 1947 in a village in southern Indiana, the eldest daughter in a large boisterous family of seven children that contained its own conflicts and turmoil. After leaving home, she married, and followed her husband around the world, raising her children in difficult, but stimulating circumstances in Bangladesh, Egypt and Mexico. She finished college and graduate school, studied cross-cultural psychology and comparative cultures. When she finally had the courage to leave an empty marriage, she found how cruel life can be, and lost everything, emotionally and financially. She became a soul on the run, looking for a reason to continue, to believe. She has found her home in Boise, Idaho, where she finished this collection of stories about men and women she has met, known, and loved along the way. She is living happily with her husband, Dean, and two cats, Tucker and Marlo. They each write everyday.