by Serge and Roman Lapytski 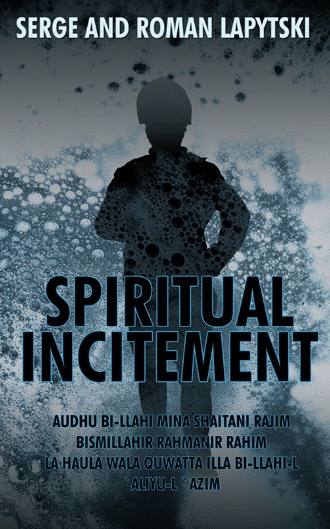 “Now we know that someone else was involved and knowing particular facts about that someone, I have to make a conclusion: there is a little game going on. We do not know yet who the other players are, we do not know the rules and the purpose of the game and why this family was involved in it. But we are diggers and we want to succeed. We will find the answers. So far it looks like Mr. Nick and company decided to use Romeo in some scheme they long planned and this plan involves religion. Maybe they want to infiltrate the kid in some organization as their secret agent and to force parents, whose religion is different, to support their son’s “decisions”. If you look at the stabbing incident under a different angle, then you might see that everything is scary: a knife, injuries, a lot of blood, friends turned their backs on him, no one wants to deal with a crazy person. But actually there was almost no damage. The kid is now healthy and mentally stronger, and he is out of the hospital soon. Now his family will support his new religion: whatever he wants; anything, they just want him to be healthy and happy…”

“Spiritual Incitement” is a psychological thriller with an intense focus on the unstable emotional state of a young gentleman named Romeo, who used to be very healthy and brave, before strange things started happening to him. A couple of professionals, a Psychologist and an Intelligence Officer, by the will of fate or the solitary decision of their Boss, got involved in the complex investigation of the bizarre incidents while trying to help Romeo, the youthful chap who is the main character in the book, to get back on his feet and live a wonderful life. The story incorporates elements of mystery and drama, psychosomatic horror and the typical traits of the crime novel genre. The sequence of events shows the struggle of Romeo to resolve conflicts with his own mind, which, in reality, is an effort to understand something that has happened to him. The investigators, while exploring both the known and unknown facts of that young man’s life, are trying to stay open minded and reasonable, but still believe that all the events that took place are just a result of a very well planned and executed scheme. Also, the book covers a number of interesting operations carried out by one Intelligence Service to outplay their opposition. Furthermore, there are some “wild” ideas for the use of a human Soul: when this “Spirit agent” crosses over into a different world, they see no borders, no boundaries, no walls… Their Soul can travel anywhere, and then communicate their findings back into this world. This will be a breakthrough for any party, who is able to discover or develop this “technology”…

Serge Lapytski is a graduate of Boston University, a former Military Officer and the author of “Cockroaches!”, “Believe, Achieve and Forgive!”, “Me and my life: guilty without guilt or confessions of the innocent” and “The heart of a lion! E-Hare”. The books were published during 2009-12. Serge successfully completed many special programs at various educational institutions in Canada, England, Russia, the USA and some others. So far in total Serge visited twenty countries for didactic, business and pleasure purposes. To get more information about Serge’s work please visit the www.lapytski.com website or www.google.com search engine and type Serge Lapytski in the search criteria field.