A Nest of Voodoo Dolls 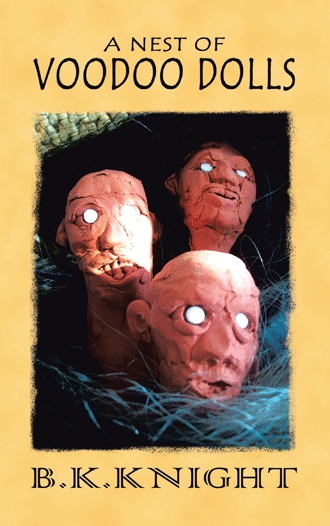 Once her turn came, the witch doctor showed her to a building well hidden behind the main house. She pushed the wooden door open, cautiously stepping inside. The floor was damp and smelled of fresh cow dung. It had just been decorated, probably early that morning, she noted. Memories of numerous crack-of-dawn-cow-dung-collection trips with her mother to a neighbour’s kraal temporarily took her mind off what she was about do.

She studied the roofless mud hut and its bizarre furniture. An old, cracked mortar and pestle, a rusty tin bath and an old traditional leather armchair were all scattered around the hut. She closed the rickety wooden door and began to disrobe.

This is it, ready or not, she thought, tucking her jeans, T-shirt, and bra neatly under her armpit. She kicked her flip-flops off before looking around for somewhere to put the clothes. The withered armchair seemed the obvious place.

“Can I come in mma?” the witch doctor called out from outside the ritual hut. She quickly covered her breasts with both hands before allowing him in.

“You’ll need to take everything off,” the old man commanded, looking disapprovingly at the big brown panties she still had on. She hesitated and watched him while he poured the contents of the aluminium bucket he was carrying into the bath. “I will be right back,” he said, shutting the door firmly behind him.

As soon as he was out of sight, she quickly stepped out of the panties and placed them on the armchair with the rest of her clothes. One hand over her breasts, the other on her privates, she stood with her bum to the wall and wished that she had three hands.

The wall will have to do, she thought, grateful that there was one. She recalled the story of a friend’s ritual that had to be performed outside.

A couple of minutes later, the witch doctor came back in, armed with his ritual weapons. A black horsetail and an old leather pouch.

“Are you ready mma?” he asked. She nodded. “Come closer mma,” he ordered, looking amused. “Mma, there is no need for embarrassment. I’m an old man,” he laughed, revealing a big gap between his teeth. “And remember, I am a doctor and a professional,” he said reassuringly.

But Duski refused to move. There was no way she was showing him her bottom.

The old man realised she wasn’t going to move. “First, we need to throw the bones,” he said. He sat crossed-legged on the floor, and emptied the contents of the pouch on it. “We need to make sure that there are no obstacles in your way,” he continued, scooping up the bones. He mumbled something she didn’t quite catch before he threw the bones on the floor again. His dark brown eyes hovered over them, examining the pattern they’d formed. 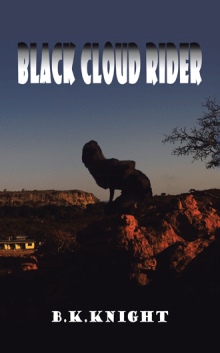 Botswana Police Sergeant Duski Lôcha is the daughter of a Zionist preacher whose sermons berate witch doctors and their ungodly practises. Desperate to find a man she could call her own in a culture where infidelity is the norm and the possibility of forming a monogamous relationship is as unlikely as getting frostbite in the Kalahari, Duski does the unthinkable in order to achieve this goal. With her father’s sermons constantly whirling around her head, she seeks the services of a local witch doctor who prescribes her a ritual bath. But when Ali, the constable she later meets and falls in love with after taking the prescribed bath, becomes the third victim of an elusive killer, Duski begins to wonder if this is the work of a wrathful deity. Like the other victims, when Ali’s body is discovered, his genitals are missing, but Duski is convinced that the ritual bath she took before meeting him, has something to do with his death—if she hadn’t taken the bath, would he still be alive? With neither suspects nor leads and unwilling to let the murder of one of their own go cold, CID begin to take an interest in Duski’s whereabouts on the night Ali died. The lack of a credible alibi and the determination to get CID off her back and find her boyfriend’s killer leaves Duski with a difficult choice. But can her father’s sermons stop her from crossing over to the dark side?

Betty Keletso Knight was born in Lentswe-le-Moriti, a picturesque, privately owned religious village in the Tuli Block and a popular tourist destination in eastern Botswana. Her father was one of the village pastors who spent week days in Selibe-Phikwe, a mining town where he ran a taxi business, while her mother taught at the local primary school. Betty spent time in both the village and the mining town and later went to a boarding school in Tonota village where she completed her secondary education. Betty undertook a year’s national service before joining the Botswana Police Service, and after successfully completing training, she was posted to Central Police Station, in Gaborone. After two years of beat patrols and shift work, she was transferred to the Special Support Group and was attached to the Botswana Police band where she played the saxophone and flute in the marching band and performed backing vocals in the dance band. After five years of service, Betty resigned from the police service at the rank of sergeant to retrain as an English teacher. She studied both English and music at Molepolole College of Education, where she met her husband-to-be, who was a lecturer at the college. After graduating with a diploma in secondary education, they both moved to Gabane where she got her first English teaching post at Nare Sereto Junior Community School. In 1998 Betty moved to England with her husband and settled in Alton, Hampshire. Four years later, she went on to study English at Winchester University and subsequently went on to study for a master’s in contemporary English literature, which she successfully completed in 2007. Teaching English and writing crime fiction now take up most her time, but she periodically revisits Botswana to see family and friends.