Kissing the Hand of the Dead 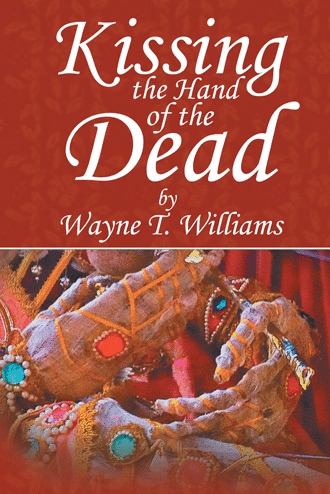 BUYING HALF-KILOS OF PISTACHIOS IN THE KHUJAND BAZAAR. (Tajikistan Chapter) Into the crowded Khujand bazaar we plunged. The four of us, after an early dinner, were looking for smoked fish from Lake Kairokum, where northerns, walleyes, carp, bream and catfish abound, famous for their numbers, size and delicate flavors. We four found the fishmongers. There were tables arranged in a rectangle piled with fish – fresh, some not so fresh. There were big ones and smaller minnows, even in this late afternoon and without ice they looked fresh. A fish scaler was busy with a knife scaling fishes with the scales piled a half-inch thick on his forearms. Scales were flying all around him. The place was alive with fish marketing. Muzaffar, my translator, found two women with fresh smoked bream – delicate colors, bright transparent red meat cut into squares still hanging on the skin without bones, except for an occasional vertebrate column. Only the tiniest of slices did the fishmonger ladies offer to us, since this was the best fish in the labyrinth market, dirt floor or not. We four brothers were seeking fish for Muzaffar’s mother back in Dushanbe. The fish lady with the best fish argued long and friendly for her price. Muzaffar was earnest and needy, but not in a hurry. The fish lady posed her pleasantly rounded femininity, frequently covering her open blouse with her hand bearing a wide gold wedding band. The other fish lady kept yelling out for a better deal. Muzaffar after an interminable bargaining bought two kilos for twenty-one Somonis each from the more round-breasted woman. We wandered down the crooked alleys of the bazaar, filled with people in a hurry to buy what they needed before tomorrow, the 21st of March, the Muslim New Year’s day, and what could be a better New Years than the spring equinox when the sun would finally overpower the night with longer days than nights? Bread vendors, large cauldrons of smetana butter, candies wrapped in bright colors, grains, a beauty passing then and again, people so near, yet with no threat revealed the neutrality of the audience in the fantastic bazaar. The bazaar is the pulse of the nation. Everyone was selling and buying. We wandered in and out of the alleys into the main building of the Khujand Bazaar. It was a huge spacious grand arched and pillared hall, one hundred fifty meters long and eighty meters wide, two storied, with a ring of open balconies looking down below on the crowd. Thousands of people were busy with their selling and buying. In the midst of the crowd, the fruit and nuts and vegetables and exotic spices and herbs still dominated the colorful scene. The place was alive with commerce. My friends were looking for walnuts. The nuts were so small compared to those in California, but they were displayed in open bags, along with dried orange apricots, pistachios, and almonds by the bushels full, of so many sorts. I wanted to buy some pistachios for my father-in-law Boris Osipovich. I bargained for the prices. There were four kinds of pistachios – two were salted, and two were not. I asked for a sample, and the salteds, although small, were rich in flavor, but the non-salteds were full of meat, robust, easy to split. They tasted roasted. Delicious. I ordered two half-kilos of the most expensive salted and plain nuts. Just as I passed a fifty-Somoni note to the vendor, my friend Shamsi said “Wayne, Julia is here.” I looked up into the familiar face of a strikingly beautiful woman! She was so perfect. My heart stopped at her sculpted Tajik features, angular, dark eyebrows, clear white face, smooth round features with predominant cheekbones. Hers were full red-painted lips. A silk veil wrapped over her jet-black hair, and she wore a full length dazzling colored silk shift. Her smile and greeting were infectious. At first I tried to place her among the hundreds of folks I’d met lately, but because of her wonderful personality that overwhelmed me and such a friendly smile, I knew Julia immediately from my first visit last spring. She radiated hospitality – just like last May in the persimmon orchards of her husband when she brought us lunch. The persimmons were growing like crazy and the grass on the orchard floor was emerald green. She spread a fancy table cloth on the grass and served us one of those fantastic local meals of chai (of course), round flat bread, smetana, some cut meats, candies and fruit. At the end of my visit with her husband, my host, I gave her and her husband Konstantine small presents and Julia reciprocated by giving me a fine tablecloth for my Irina. At the time I was enamored by her presence, but she was the wife of my host, so there could only have been admiration. She wasn’t afraid of me then, and we talked of orchards and families, and of California. The sky was clear and the birds sang even above the cluck of the hens and the cows munching the herbs surviving the planet. Now, she was there in front of me again at random in the universe in the bazaar! Out of the massive crowd, so many thousands of people, and there she was, something special in my own personal history. Her eyes were again friendly. My heart melted. I said in my broken Russian “We planned to come and visit your farm again tomorrow morning and it will be a pleasure to see you and your family then.” She said, “That would be good.” I noted to her that the (like-wise beautiful) young woman next to her must be her daughter. She introduced us to her daughter, Natasha. Natasha was very good looking as well, but filled with the impatience of youth to continue on shopping. I said “Until tomorrow.” She reached out her hand to say goodbye. I took her hand and kissed it. She disappeared into the crowd. 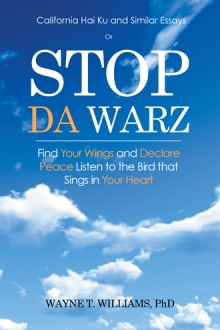 Dr. Wayne Williams, a Botanist and conservationist, travelled the world over a forty-year period, mostly in third world countries in Latin America, eastern Europe and central Asia, where he worked for sixteen years in international development. Dealing with the omnipresence of five bloody wars on numerous assignments as an environmental and agricultural scientist, this present volume ‘Kissing the Hand of the Dead” creates an indefatigable confidence that solutions to war and violence are possible. The answer is within a massive appreciation and defense of Nature and those around us. This action lies within the paradigm to remember and honor our ancestors, learning from their historical experience. His descriptions of the joy, humor and pathos of cultural behavior are intriguing and mysterious, leading to a new means of ending war and finding new paths to peace and security.

Dr. Wayne Williams is a prolific writer, having more than one hundred scientific publications, including several books on horticulture and the effects of pollution on ecosystems, including radioactive isotopes from nuclear power plants. He has published many short stories and poems. Wayne worked and lived in eighteen developing countries helping preserve and create new parks in Latin America, and trying to stop wars and poverty through positive international development. His efforts in eastern Europe and central Asia to improve agriculture for small farmers resulted in improved yields and better incomes for many in the ex-soviet empire. Residing in five war zones and defending Nature and the wilderness, Wayne developed his thinking into a cohesive world view forging a a new environmental ethic based on a love of natural things and the realization of the potential weakness and joys of the flesh needed for the creation of a new and better world. Dr. Williams resides in San Diego, California with his wife Irina. Heading up an organic community garden lets him get his hands in the dirt growing plants to eat. He keeps those hands nimble by playing the piano every day as a study of the genius of musical composers. He is politically active in recycling and conservation and serves on the Board of Directors for his large condominium complex. He has two grown sons, an adopted son and daughter and five grandchildren.