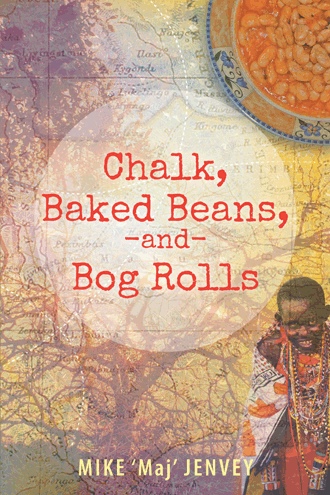 ‘……We boarders celebrated many initiation rites. One was celebrated on the advent of the afternoon of the first rains. After a long period of dry weather, nothing quite matched the first summer sniff of penny sized African raindrops drops falling from heaven. They released a unique smell that liberated the most primitive urge to run, leap and dance, whirling Dervish-like and roll in the mud. All we needed was a broadcast version of Ravel’s ‘Rite of Spring’. Juniors were allowed to rugby tackle seniors and prefects alike, be rolled in the mud, dark rain fluid dribbling ghoulish patterns down cheeks and chins. Afterwards, as best of friends, tall and short, fat and thin, classless, we showered together, cleansed for spring…..’ ‘……Sprawled across a patchwork of verdurous countryside, nestled the numerous houses of its suburbs. Each property was partly obscured by canopies of indigenous, shady masasa trees, each was changing from splashes of red, of ochre, of purple to its summer garb of green. Msasa trees are a trademark of Zimbabwe, they are our unique, indigenous trees and Umtali specialises in these. Neat roads criss-crossed each other with mathematical accuracy. They in turn, like strands of a spider’s web, sped off into the passes out of the mountainous bowl surrounding this fair city. I wanted to be a sunlit bird, circling in ever increasing thermal rings to wing my way over the nearby border of Mozambique (a Portuguese colony) or into Burma Valley above the dense clumps of mango and pau-pau trees or towards the arid areas of ‘Hot Springs’ and the Sabi river into Buhera Tribal Trust lands or further still to the mighty orange and purple Chimanimani mountain range. God was good! He was to allow my soul to explore, explode and flourish in these areas over two periods of life; one was a bachelor’s four year stint and the other return was over a five year period as a married man……’ ‘……To visit Phillips Central Cellars was to walk in to an aromatic world. In its latter years the ground floor was given over to a florist. On entry, one’s nose was caressed by several scents of fragrant flowers. These were best described as God’s perfume. One wound down the stairs to the cellar below. This time the prevailing tang was of tobacco. Honey and dates, liquorish and anisette, whiffs of pungent pipe tobacco tickled the nose. The ceiling was low and tinged with the ochre of aging tobacco. In every nook and cranny, dusty, timeworn bottles of maturing wine lay resting, anticipating the vintner’s kiss of life to enable them to breathe before the connoisseur’s first tentative sip. Visitor’s senses were further fuelled by the rich aroma of Phillips’ famous ground coffee. The cellar was graced by a huge open fireplace upon which rested a small casket containing Simleit Senior’s ashes. He watched with pride as his son nobly enhanced the vintner’s art. Dave Simleit’s finest hour for the TM team involved a superb luncheon on the rolling lawns of his wine farm. During our banquet, we consumed his delightful Nyala White and L’Etoile followed by Meadows’ Coteaux. We adjourned to a nearby rondavel for cigars, cigarettes and liqueurs. Through this pleasant haze, the strident notes of a brass band echoed down the valley. Dave had hired a section of the Zimbabwean Army Band. Later, towards sunset, we sat relaxed and were greeted by our delightful wives who then joined us. As the sun set, so rose the moon, creating an intergalactic battle of subtle light. In the distance we detected the faint strains of heavenly music. Between rows of vines, a chugging tractor tugged a trailer-load of melodic chanting, singing workers. African harmony and counterpoint blended together and spiralled joyously towards heaven, in the process infusing each grape with a blush of lyrical sweetness. Dave went on to market the ‘Symphony Range’ of wines and named one ‘Lyric’…..’ ‘……Analysis after these wedding events reveals it is my carefully considered opinion that the brief minutes shared between father and daughter, prior to entering the church and whilst promenading the gorgeous bride down the aisle, are a life changing, one off emotional roller-coaster. On each occasion, my sentiments and soul shattered in the same conflicting directions: Profound sorrow! How was I to ‘share’ my unique father-daughter relationship after twenty/thirty years together? Elated pride! This was the moment the parents, groom and congregation basked in the radiance and ecstasy of the glowing bride. Intense love! This was embodied in a final shared gaze that probed each other’s souls and revealed glowing gratitude and acknowledgement for the enduring love between father and daughter. Inconsolable loss! Life would never quite be the same, for the child had departed. A new woman was born. While these feelings ricocheted within me, I had to smile, appear composed, nod recognition and greet all as we walked together down the aisle. Paddy Coughlan shared these emotions, for he had escorted his daughter down this same road. At three of our weddings, Paddy sat in the same well placed pew, caught my eye and empathetically nodded. We also shared a mutual appreciation for the film ‘Father of the Bride’. Steve Martin knew what we knew. Even as I write this, the print is misted by tears. I love my daughters. Thank goodness for my steadfast wife. After we had reverently lifted and folded back each daughter’s wedding veil, her tiny, comforting hand would gently squeeze mine and her warmth consoled me…..’

This autobiography seizes the past seventy years by the scruff of the neck and nostalgically frolics down memory lane in South Africa, Rhodesia, Zimbabwe, Mozambique, and England. Plentifully laced with humour, possessing a warmth of love for humanity, spiced with a wide ranging set of anecdotes, it encompasses the free range days of living in southern Africa. Whilst fi lled with the nuances and aromas of that continent, it expresses the joy of life and a ceaseless zest for living, set against an ever changing, diverse backdrop of the military, education, and retail. It dwells within a wide panorama of loving family and friends, and it touches on spirituality, philosophy, history, theatre, and travel whilst off ering several messages to its readers. It resonates with the assorted emotions that make humans so fascinating. Th is story line compels one to recall past experiences, both happy and sad memories, and above all, it off ers a beacon of steadfast hope.

Michael Jenvey was born in 1942, in Pretoria, South Africa. Initially schooled in both King Edward Preparatory and High School in Johannesburg, he completed his education at Chaplin High School in Gweru, Zimbabwe (then Rhodesia). Tertiary education included teacher training at the Teachers’ College, Bulawayo, and a year’s business study at the University of Zimbabwe. In between teaching, two deputy headships, two headmaster roles, and an appointment as schools’ inspector, he served as an officer (rising to the rank of major) in the Rhodesian Territorial Army during the Rhodesian Bush War. When Zimbabwe gained independence, he joined the whirlwind environment of retailing and became an executive within TM Supermarkets, part of Zimbabwe’s largest retail chain. Happily married with a delightful family of a son and four daughters, he and his beloved family relocated to England after he retired.